Can we find the keys to drug abuse, opioid addiction in our genes?

This article or excerpt is included in the GLP’s daily curated selection of ideologically diverse news, opinion and analysis of biotechnology innovation.
What if we could use genetics to determine if people will use drugs? While this idea may sound like science fiction, it may be close to becoming a reality.

Millions of people are addicted to opioids worldwide. Thousands of people die every year from opioid-related causes. In the United States, opioids killed over 47,000 people in just 2017 alone.

If doctors knew who was more vulnerable to opioid addiction, they could possibly prescribe fewer opioids to such patients or provide better monitoring for people who do use them. Genetic testing may be useful to these approaches.

How are genetics and addiction related?

Scholars are debating the role of genetics in addiction. Many say that there is no single gene that causes addiction. Instead, they hypothesize that mutations to different genes and other factors, such as environment, may make people more vulnerable to addiction and other conditions.

Researching twins is a particularly interesting way to study how addiction and genetics converge. Since they share similar genetic ancestry and often share the same upbringing, twins may help determine how biology and environment influence addiction.

“Twin studies indicate that genes influence each stage from initiation to addiction, although the genetic determinants may differ,” stated Francesca Ducci and David Goldman in a review of twin studies published in Psychiatric Clinics of North America. Ducci and Goldman added that addictions “are in part volitional, in part inborn, and in part determined by environmental experience.” 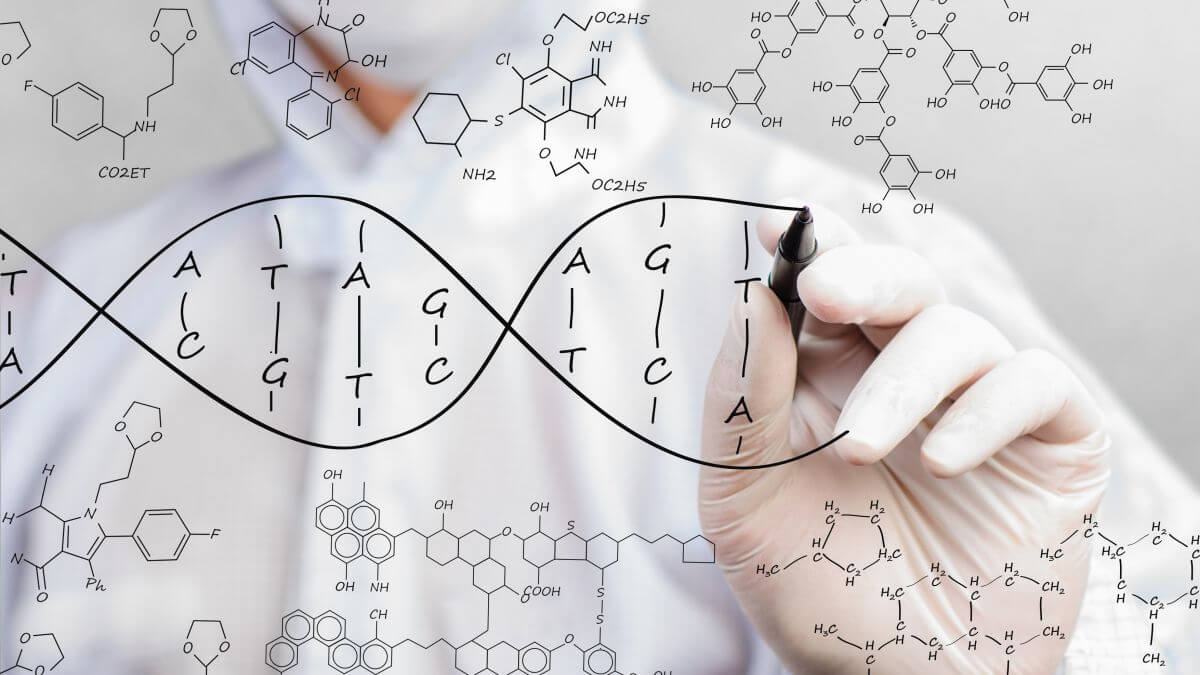 Studying specific genes may help us understand the origins of such disorders. For example, CYP2D6 (cytochrome P450 2D6) is one of the many microscopic wonders of the human body. The CYP2D6 gene produces the CYP2D6 enzyme, which metabolizes a number of drugs, including opioids.

Mutations may produce genetic alleles that poorly metabolize CYP2D6. If this occurs, opioid drugs may not provide pain relief for some people as quickly as they do for others. People who are poor metabolizers may thus use more drugs to feel their effects.

Knowing how people metabolize drugs may help predict how they react to them. “We found that the pharmacogenetic analysis of CYP2D6 could be helpful in foreseeing the safety and effectiveness of codeine or oxycodone treatment in CLBP [chronic lower back pain],” wrote a team of international researchers in a 2018 study. Genetic information in hand, doctors may be able to lower the risk of addiction and provide better treatment.

Given the mounting scientific evidence, it looks like the answer may be yes. Researchers have developed tests such as the genetic addiction risk score (GARS) “to accurately predict vulnerability to pain, addiction, and other compulsive behaviors that are defined as reward deficiency syndrome (RDS),” according to a 2018 study by scholars in the United States and India.

Related article:  Yoga may be good for your mind, body--but what about your genes?

A person undergoing a GARS test submits a cheek swab to provide genetic material for analysis. He or she also creates a genogram, which “is a pictorial display of a person’s family relationships and medical history,” stated the U.S. and Indian researchers, who added that a genogram depicts “hereditary patterns and psychological factors that punctuate relationships.”

Institutions are creating entire programs to study the interactions between drugs and genes. The Pharmacogenomics Program at the Mayo Clinic states that it “investigates how variations in genes affect response to medications, thereby using a patient’s genetic profile to predict a drug’s efficacy, guide dosage and improve patient safety.”

Private businesses and government bodies are also working to provide genetic tests and leverage the data they yield. The office of Ohio Attorney General Dave Yost is managing a study to analyze the connections between opioid addiction and genetic profiles.

Each of the study’s patients will submit cheek swabs. A testing company will use the swabs to gather genetic information.

This information may be useful for determining future treatments. If people in the study have genetic markers that predispose them to addiction to certain substances, their doctors may prescribe other pain-relieving drugs. Or, doctors may monitor patients more closely if they do prescribe opioids. Doctors may also consider other treatments, such as acupuncture, that do not include any sort of medication.

Ohio Attorney General Yost hoped that the study will answer vital questions. “We want to know why two people can take the same drug in the same dosage and only one becomes addicted,” Yost said in a press release. “Answering that question could help us get in front of this epidemic and begin to relieve the pressure on those who are working so hard to save those who already are in the clutches of the opioid monster.”

We still have so much to learn about genetics, addiction, and even the brain. Further research will help us better understand the complex interrelations among the three. We can apply this knowledge to create a healthier future that is based on evidence-based facts, not science fiction.

Pamela Zuber is a writer and editor at Sunshine Behavioral Health who is interested in science and medicine, addiction and recovery, mental health, human rights, gender studies, and other topics. Follow Sunshine Behavior Health on twitter @SunshineBehavi1