Does the ‘genetics revolution’ unsettle you? Here is a guide, and reasons to be hopeful

This article or excerpt is included in the GLP’s daily curated selection of ideologically diverse news, opinion and analysis of biotechnology innovation.
It’s that time of year again — an avalanche of ads urging us to drool into tubes so companies can spit back verdicts on our pasts, presents, and futures. Judging from my emails, those unceasing ads have inspired many questions about genetics in general.

Among the emails that pinged in recently:

So I started a list of my e-mails, with apologies to Hillary, and extracted three recurring themes: transgender identity, when a human life begins, and by far the largest group: interpreting DNA test results, either consumer or clinical. 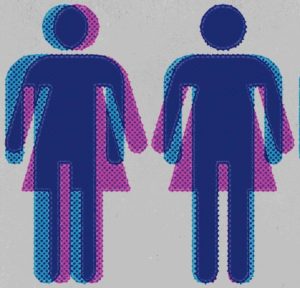 “What do you think about a new study that found 20 genetic markers of transgender identity?” asked a reporter from The Times of London In March 2018. I’d suggested just such a study a year earlier, which he’d found here.

Impressed with the study, I agreed to comment. But the reporter forgot to distinguish me from the researcher, and so throughout Europe, I was suddenly an expert on transgender genes. And that inspired some telling emails.

As far back as I can remember I thought nothing of going into my mother’s closet, pulling down her nightgowns, and putting them on. They were soft, they smelled of her, and they felt so … perfect. This was me. Everything feminine fascinated me. Anything male repelled me. I wanted to emerge myself in the female world. But no matter what I did, I just couldn’t look like Mommy.

I would love to have that degree of certainty that a genetic study would show. Parents would be able to perhaps work with their children instead of ignoring it either intentionally or out of ignorance.

Two of my nine nieces and nephews are transitioning. My family has an overall fluid concept of gender identity, which we discussed with each other before either child made it known they were trans. I find myself wondering if this is true in other families.

‘When does a human life begin? 17 timepoints’

I repost “17 timepoints” whenever women’s reproductive rights are threatened, or I read or hear a comment that indicates ignorance of biology. The idea of the list came to me when considering that an embryo’s genome turns on at day 5, but it can’t possibly exist at that point outside of a woman’s body.

One woman asked about fetal rights. Her ex had given her an herbal abortion tea without her knowledge when she was pregnant. Her baby so far is healthy, but she wants a court to recognize the tea-poisoning as child abuse. “At what point in utero does a fetus have rights? It seems to vary state to state,” she wrote. 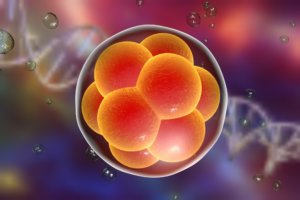 If we don’t use natural viability as the cut off for reproductive rights, Ms. Collias argues, then those rights will erode as technology sets back the age of assisted viability:

Technologically assisted viability is not free. If we allow that to be the benchmark, it’s going to cost society a lot to care for all those fetuses … where would that money come from?

“Is he really my brother?” asked the woman who sent me scanned columns of genetic markers. I circled 16 of 38 that they share and sent it back: Yes.

“I don’t have mutations in BRCA1 or 2, so I’m ok, right? I do have a mutation in ATM (or p53 or CHEK2 or PTEN or RAD51 or a few dozen others).” Inherited mutations for cancer risk go beyond the most common ones in the BRCA pair, and altogether they account for only 5 percent of cases. Yes, she’s at high risk.

BRCA brings up the “limited variant” problem. Consumer DNA tests, for cancer or single-gene diseases, are likely to check for only the most common variants, such as a handful of mutations in the CFTR gene behind cystic fibrosis, which has more than 1,700. “These health reports may provide a false sense of reassurance and should not be used for making any health decisions without confirmation testing,” said Edward Esplin, MD, of Invitae, a clinical testing company, at the American Society of Human Genetics conference in October, catalyzing a flood of headlines.

“I had a prenatal screen for 125 genes and one is a ‘variant of uncertain significance.’ What the heck is a VUS? Do I have a mutation or not?”

A VUS is a gene variant that isn’t common, but hasn’t shown up in someone with a disease and reported in the medical literature. Yet.  I explain here.

“My ethnicity estimate changed overnight. Huh?” When an ancestry company adds a new group to its database of reference populations, the sections of those pie charts can shift, or a new one appear.

“I’m 20 weeks pregnant. The fetus has a microduplication of chromosome 18. Is that a problem?” The healthy dad-to-be also had the tiny extra bit of DNA. So, no.

I just found out that I have an extra Y chromosome. I’ve had severe acne since my early teens, and today I’m 6’2″ and weigh 295 pounds. I’m a biker, football player, and served time for selling pot. Did my extra chromosome get me arrested?

Probably not. Being in the wrong place at the wrong time, before decriminalization, was more likely at fault.

Because most of my email brings up medical matters, here’s a short guide to getting help in making sense of DNA test results related to health. (For interpreting ancestry findings, the International Society of Genetic Genealogy is an excellent resource.)

It’s important to distinguish consumer DNA tests, which anyone can take by purchasing a kit and spitting or swizzling a cheekbrush, from clinical DNA tests, which a health care provider orders and the FDA’s Clinical Laboratory Improvement Amendments (CLIA) regulate.

Like mushrooms materializing after a warm rain, articles, websites, books and companies are springing up to help consumers navigate test-taking and interpretation.

Finding an expert specifically trained at the graduate level in genetics — a genetic counselor, PhD geneticist, or MD with genetics/genomics training — is challenging because their priorities are in clinical testing, not the entertainment/education space that the consumer companies so ceaselessly promote. Other scientists may be helpful — molecular biologists, biochemists — but genetics as a discipline transcends DNA, including developmental, transmission, and population and evolutionary genetics too. Ancestry testing in particular melds these levels of genetics.

Assuming a sit-down with an expert to intrepret consumer DNA data isn’t happening easily, here are some places to turn.

A longstanding helpful website is Genetics Home Reference, from the NIH.

A newer resource is this report from ConsumersAdvocate.org.  Their researchers recently sent DNA anonymously to 9 leading consumer DNA testing companies, interpreted the data, and then wrote a detailed, clear analysis that compares the services, privacy/security measures, online resources, and cost of tests.

“Consumer DNA testing is a fast-growing industry with over 26 million users worldwide. That number is expected to grow to 100 million by 2021,” Sam Klau, Community Outreach at the organization, told me.

An excellent new book is DNA Nation: How the Internet of Genes is Changing Your Life,” by PhD molecular biologist Sergio Pistoi. And my human genetics textbook will be out in a new edition in September. I’ve added a chapter called “The Genetics of Identity,” inspired by having my past rewritten recently thanks to ancestry testing.

The testing company websites, like that of 23andme, provide clear and well-written info on interpreting test results. But without any prior knowledge of genetics, misinterpretation and misplaced angst can arise.

Does the average person know the difference in significance between revealing a pattern of genome-wide single-base variations (SNPs) associated with elevated risk of a trait or illness, and detecting a well-studied mutation in a single gene? 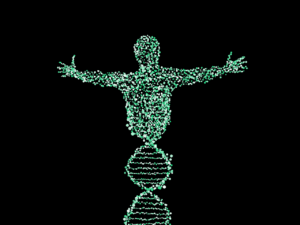 The “raw” data dump from consumer DNA testing can be overwhelming, and to paraphrase Elizabeth Warren: There’s a company for that. A consumer can pay to avoid bushwhacking through dense SNP forests.

Strategene, for example, is a “genetic reporting tool that uses 23andMe data” to identify SNPs in a few dozen well-studied, health-related genes, and “not every SNP under the sun.” The $45 is a sound investment; it would take hours to sort through Google Scholar to DIY. But the client needs to know about the “limited variant issue” of checking only for common SNPs.

(I was briefly fooled into confusing the company with 1980s biotech giant Stratagene, but it’s off by one letter and one capitalization. The only person named on the company website is a naturopath referred to many times as “Dr.,” which wouldn’t necessarily denote a genetics expert.)

I’m curious to see how soon the medical profession catches up. Right now, genetic counselors in the US number only about 5,000. But professional organizations are stepping in. The American College of Medical Genetics and Genomics, for example, offers online continuing medical education, ACMG Genetics 101 for Healthcare Providers.

When I started my career as a Drosophila geneticist, mutating flies to grow legs out of their heads, I never imagined at-home DNA testing. When I started my career as a science writer and textbook author, I still couldn’t have predicted at-home DNA testing. Now that it’s here, I’m thrilled that DNA science has become so much more tangible and practical. Yet we must use the information in our strings of A, C, T, and G wisely.