‘CRISPR this, CRISPR that’: Is our fascination with the popular gene-editing tool distracting us from the potential of gene-silencing RNAi technology?

Ricki Lewis | December 17, 2019
This article or excerpt is included in the GLP’s daily curated selection of ideologically diverse news, opinion and analysis of biotechnology innovation.

CRISPR, it seems, is everywhere.

Google “crisper” and “Did you mean crispr?” shoots back.

The film Rampage brought a giant, CRISPRed wolf, ape and gator. In real life a year ago, renegade researcher He Jiankui announced CRISPRing human twins at fertilization and then vanished, an unpublished manuscript just now surfacing at MIT Tech Review.

CRISPR is the subject of Netflix’s Unnatural Selection and the upcoming documentary Human Nature.

CRISPR this, CRISPR that.

But drugs based on CRISPR are just entering clinical trials. Nevertheless, NPR breathlessly announces its “exclusive access” to the story of Victoria Gray, a woman receiving cells CRISPRed outside her body and then infused to treat her sickle cell disease. One patient, at the start of a trial.

Yet on November 20, the FDA approved the second drug based on RNA interference (RNAi) technology. I didn’t see much mainstream media coverage.

The wonder over CRISPR is oddly opposite public sentiment at the cautious debut of recombinant DNA technology in 1975 at Asilomar, California, and the public outcry about a strawberry field, also in California, sprayed with “ice-minus” bacteria, in 1987. People yelled at town hall meetings about their fear of this first GMO, meant to protect a crop from frost.

Timing and the insta-fame of CRISPR

Why is CRISPR constantly in the headlines but RNAi, so much farther ahead, relatively unknown?

Is it timing that has somehow accelerated CRISPR? Probably not. All the current biotechnologies have deep roots.

The typical trajectory from biotech idea (often shared by many) to a medical treatment is around 30 years. The first clinical trial for gene therapy was in 1990, the first FDA approval in late 2017, to treat a form of inherited blindness. 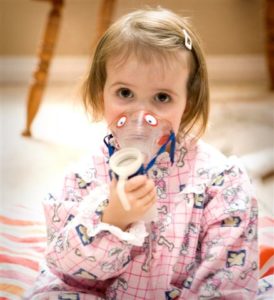 The cystic fibrosis story has also spanned three decades. Francis Collins, director of the NIH, reviewed the timeline for development of “molecularly targeted therapies” for CF in a recent New England Journal of Medicine. He led the team that identified the CFTR gene in 1989.

The goal was daunting: enabling an errant protein in lining cells in the airways to both fold correctly and be activated. Gene therapy hadn’t worked – the fixed cells were shed too quickly.

The first drug for CF approved, in 2012, helped people with an uncommon mutation. Another approved in 2018 and a third that is expected following completion of phase 3 clinical trials in 2019 mean that “it may soon be possible to offer safe and effective molecularly targeted therapies to 90% of persons with cystic fibrosis,” Dr. Collins wrote.

The story of CRISPR stretches back three decades too, to a natural DNA cut-and-paste response that’s part of a bacterial defense against viruses. The first technical report on CRISPR appeared only 7 years ago. But the technology’s history in bacterial genetics isn’t as relatable as the stories of children suddenly seeing or breathing better.

CRISPR is easier to imagine, a better news story.

Besides the 30-year rule, awarding of a Nobel Prize can serve as a benchmark of biotech success. Andrew Fire and Craig Mello won the Nobel Prize in Physiology or Medicine in 2006 for RNAi, and the first FDA approval for an RNAi-based drug came in 2018. Does the fact that a CRISPR Nobel hasn’t yet been awarded mean that the first drugs based on it are still a dozen years away?

Not necessarily – I think it’ll be sooner. More like the path of cancer treatments such as CAR T-cell technology or the speed record to approval that the kinase inhibitor Gleevec set in 2001.

I think I know why CRISPR has captured so much public attention, while gene therapy, small molecule treatments, antisense technology, RNAi and others haven’t. It’s all about image. The brilliant acronym teamed with the crisp vision of cutting across two strands of DNA catapulted CRISPR into endless news cycles.

“CRISPR” evokes images of potato chips in the US and French fries in England, a drawer in a refrigerator or a type of fried chicken. I can’t imagine media commentators uttering excitedly “clustered regularly interspaced short palindromic repeats” and maintaining an audience. And CRISPR stands out amid the sea of awful acronyms to plague genetics: RFLPs, GWAS, VNTRs, SNPs.

The headline of an editorial accompanying the 2012 CRISPR debut paper in Science set the stage for simplification: “A Swiss army knife at immunity.” The imagery stuck, soon expanded to scissor emojis. Fear of science dissipated in the face of an easy-to-envision explanation. 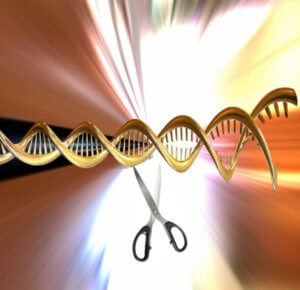 “CRISPR” as molecular scissors is vivid and jargon-free, but the process is actually more complicated than that of RNAi. While CRISPR removes, replaces, or adds DNA to a chromosome, RNAi simply silences it.

CRISPR works at the DNA, or gene, level. RNAi is different. It interferes with a gene’s expression – that is, its transcription into the messenger RNA (mRNA) that encodes the amino acid sequence of a protein.

If CRISPR is depicted with scissors and Swiss army knives, then RNAi is erasure of a word when a document is copied – the original glitch in the DNA remains. RNAi generates short pieces of RNA that fold up into hairpin shapes that bind to specific mRNAs, shutting off production of specific, pathogenic proteins.

Alnylam Pharmaceuticals developed and is now marketing both RNAi drugs. Because RNAs are dismantled quickly, such a drug must be delivered repeatedly. So unlike the possible permanence of gene editing and some gene therapies, RNAi isn’t a forever fix.

Related article:  Viewpoint: Afraid of GMOs, CRISPR? Here's the science that could change your mind

Each of the seven types of porphyria arises from a block in production of an enzyme at one of the steps in a biochemical pathway that liver cells use to manufacture a small part of the hemoglobin molecule, heme. Each of four hemes, within the four folded-up globin chains of the molecule, hugs an atom of iron. Givlaari blocks synthesis of the enzyme ALAS1 (aminolevulinic acid synthase 1). Hemoglobin carries oxygen in the blood.)

A blocked enzyme causes buildup of the molecule it normally acts on, like a twisted garden house ballooning out on one side of a twist and collapsing beyond it. The excess spills into the blood or appears in urine or feces.

Historical aside: Porphyria and the mad king

Some symptoms of porphyria may have inspired the vampire and werewolf legends – reddish teeth, pink urine, hairiness, and photosensitivity. The disease was once blamed for the madness of King George III. I covered it in my human genetics textbook:

At age 50, he first experienced abdominal pain and constipation, followed by weak limbs, fever, a fast pulse, hoarseness, and dark red urine. Next, nervous system signs and symptoms began, including insomnia, headaches, visual problems, restlessness, delirium, convulsions, and stupor. His confused and racing thoughts, combined with actions such as ripping off his wig and running about naked while at the peak of a fever, convinced court observers that the king was mad. Just as Parliament was debating his ability to rule, he recovered. Finally, an attack in 1811 placed George in a prolonged stupor, and the Prince of Wales dethroned him. George III lived for several more years, experiencing further episodes.

The idea that the king had porphyria largely came from papers that a mother-and-son psychiatrist team published in the British Medical Journal in 1966 and in 1968, based on their study of the royal medical records of the family tree. The media picked up the story. I included it in my textbook because the symptoms unfolded so specifically, matching those of porphyria, at least three times – even though there wasn’t any genetic evidence supporting the diagnosis.

Then a few years ago, textbook reviewers dispelled the King George-porphyria narrative, and when I found this 2015 paper of Timothy Peters, I deleted my coverage. He was director of the King’s College Centre for the Diagnosis and Care of Patients with Porphyria. If anyone could recognize the genetic disease, he could.

“None of his relatives, ancestors and descendants, had features of the porphyrias,” Dr. Peters explained in an email. And the supposed two cases from the psychiatrists didn’t check out. So if anyone knows of DNA studies indicating porphyria in any branch of the royal family, please get in touch – Dr. Peters and I would like to know.

The four forms of acute hepatic porphyria that Givlaari treats are rare: about 5,000 people in the US and Europe have attacks at least once a year, and 1,000 of them require hospitalization. Long-term complications include liver cancer, chronic kidney disease, and hypertension. Misdiagnosis still happens, especially if a clinician doesn’t see the whole picture.

Patients participating in the clinical trial experienced 70% fewer porphyria attacks compared to placebo, biomarker levels fell, and they required less hemin, a drug based on part of hemoglobin given to reduce the frequency of attacks.

The porphyria community is thrilled about the new option. Said Kristen Wheeden, executive director of the American Porphyria Foundation:

Acute hepatic porphyria can have a profound impact on the lives of patients and their families. Porphyria attacks are associated with severe, incapacitating pain, often requiring hospitalization for management. Many patients struggle on a daily basis with chronic symptoms related to their disease. The approval of Givlaari is exciting for our community.

Development of the molecularly-targeted therapies for CF, RNAi drugs for amyloidosis and porphyria, and gene therapy had nothing to do with CRISPR. I hope that the public fascination with CRISPR can also embrace the other biotechnologies that are already providing new therapeutic options, from common cancers to rare genetic diseases.