This article or excerpt is included in the GLP’s daily curated selection of ideologically diverse news, opinion and analysis of biotechnology innovation.
Junk science is everywhere these days. From scare stories about pesticides to allegations that genetic engineering threatens humanity’s future, the internet teems with misinformation about food, farming and biotechnology. A recent (and very disappointing) example comes from the usually reputable Scientific American. In August, the news outlet ran an opinion piece claiming that vegetables today are less nutritious and more toxic than they were in years past:

Why are nutrients in our food declining? Well, for one, we are killing the soil it grows in. Prodigious use of biocides (herbicides, insecticides, fungicides, as well as synthetic chemical fertilizers and antibiotics) kill or disrupt soil microorganisms that allow plants to absorb nutrients. Also, increased atmospheric CO2 is accelerating photosynthesis; plants grow faster but contain fewer nutrients, which is expected to lead to worldwide nutrient deficiencies. Vegetables becoming more like sugary snacks? Not good.

Experts quickly pounced on Scientific American for running an article filled with so many inaccuracies, which was later updated to address some of this criticism. For the record, no, your vegetables aren’t morphing into sugary snacks, and pesticides aren’t “killing the soil.” They’re a necessary part of any farming system—and becoming more environmentally friendly as time goes on. This story was but one example of the mass of misinformation that proliferates online, poisoning discussions about important technologies and threatening to grind innovation in agriculture to a halt.

With so much on the line, scientists are pushing back against the misinformation onslaught. My colleagues William Kerr and Peter Phillips at the University of Saskatchewan and I are aiding that effort with a new book that takes on a variety of common myths surrounding food production and crop biotechnology: GM Agriculture and Food Security: Fears and Facts.

As academics, the three of us have researched and written about agriculture, biotechnology, food and innovation for more than 20 years, with over 400 publications between us. We certainly don’t know everything, but we wanted to share our insights with those interested in separating sound science from media and activist hype. 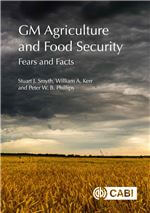 Have you ever wondered why farmers use chemicals in their fields? To inform readers about the reasons for farm pesticide use, we discuss how proficiently weeds produce seeds compared to domesticated plants. Weeds frequently produce 1,000 seeds or more every summer. Kochia, a noxious weed in all parts of Canada, is capable of producing 25,000 seeds per year. By comparison, a really good head of wheat produces 40 seeds, but would normally produce 25-35. If farmers didn’t use chemicals to control weeds, within a few years, weeds would dominate the entire field, making it difficult to grow a crop.

How GMOs help save our forests

Perhaps you’ve also pondered how we will sustainably feed 10 billion people, the projected global population by 2050, without cutting down millions of acres of forest. Currently, roughly 800 million people don’t get enough to eat on a daily bases, so we felt it was necessary to discuss how innovations in food production have already sustainably increased crop yields around the world, and are poised to continue doing so.

Hawaii’s papaya industry was decimated in the 1990s by a disease known as ring-spot virus. Virus-resistant papaya varieties have since allowed Hawaiian farmers to not just save their livelihood but actually increase their production. Likewise, newly developed gene-edited sorghum doubled crop yields of this African staple food in a recent study, fueling expectations that CRISPR is going to have a revolutionary impact on agriculture. 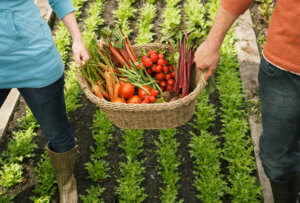 A related question, often asked and answered by organic farming proponents, is whether locally sourced food is capable of meeting the increasing global demand for calories. Many people enjoy the fruits and vegetables they grow in their backyard gardens, so the romantic notion that locally produced food is capable of combating hunger around the world sounds plausible. But we highlight the many reasons why local food self-sufficiency should not be viewed as equivalent to food security.

Food processing is essential to ensure harvest production spikes are leveled out, thus preventing food price spikes months later. Societies that are forced to rely on locally produced crops are more likely to face market disruptions and food insecurity as a result. The discrepancy between popular ideas about sustainable farming and what science says on the topic leads us to another issue worth exploring.

The assault on expertise

400 years ago, Galileo was castigated by the authorities of the day for arguing that the sun, not the Earth, was the center of our universe. We sometimes doubt that much has changed over the last four centuries, as today’s experts are often ridiculed for defending scientific facts against attacks from ideological activist groups.

The three of us strongly believe that consumers should know who the experts are: people with degrees who spend their careers conducting original research. This is essential because the discussion around crop biotechnology has become a pitched political battle as anti-GMO activists continue to spin conspiracies to undermine the credibility of academically trained scientists. The work of US Right to Know, an organic industry-funded special interest group, illustrates this point. The anti-GMO outfit has filed freedom of information requests on over 50 university faculty that have published peer-reviewed journal articles that quantify the benefits of GM crops. Two of us belong the group of academics that USRTK has targeted. Our private communications were posted online out of context, and this information has been used to accuse us of “shilling” for the biotech industry. 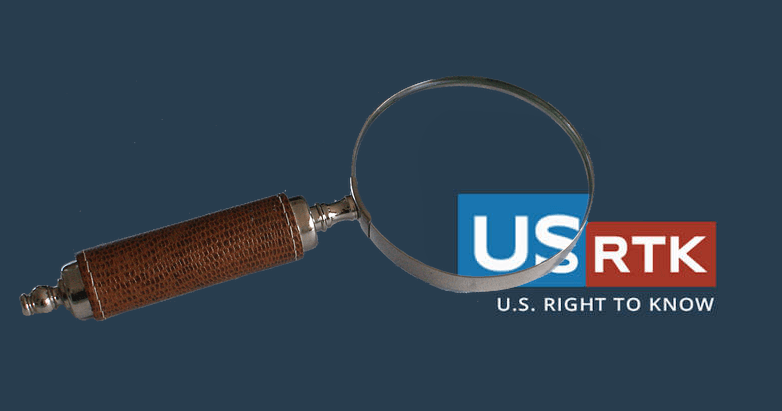 To help combat the assault on expertise, we examine the difference between science and opportunistic activism. Science, simply put, is a process that leads to compilations of knowledge. As research methods are agreed to and standardized, carefully conducted experiments expand our understanding of a given scientific topic. Activism, meanwhile, involves cherry picking data that fits a predetermined conclusion. Claims that the weed killer glyphosate cause cancer are often justified with reference to such cherry-picked research.

This isn’t to say a new study that contradicts all of the known literature is incorrect, but it should trigger additional research to confirm, or reject, the new findings—before activist groups and the press promote any particular conclusion.

What you should know about factory farming

An equally important topic of discussion is so-called industrial agriculture. Many urban consumers that no longer enjoy close connections to agriculture tend to view farms as small, red-barn operations, like the ones our grandparents’ generation ran. The reality of today’s multi-thousand acre, million-dollar-equipment farms is largely incomprehensible to most consumers, which needs to change if society is going to have an informed conversation about the benefits and challenges of modern food production.

While we highlight the economic and environmental benefits from the commercialization of GM crops in various countries, the consolidation within the seed development industry raises legitimate concerns. For example, the increased cost of obtaining regulatory approval for GM crop varieties has become so high that public university researchers are beginning to avoid genetic modification as a plant breeding technology. The regulatory headache and expense are simply not worth it to them.

Meanwhile, much of society is fixated on consolidations at the start of food supply chains, rather than consolidations that have occurred within the food processing and retail sectors. Companies such as Kraft and Walmart have far more influence over the products available in grocery stores than the agricultural firms at the start of the supply chain, yet virtually no attention is given to firms that are closer to consumers.

Mergers and acquisitions within the grocery retail sector can lead to increased market power in the hands of a few large, global firms, which in turn creates the potential for higher prices due to reduced competition. Retail firms have far more power over the price we consumers pay for food than the firms at the start of food supply chains.

Focus on the future

The internet has put limitless amounts of information at our fingertips. Sadly, much of it is misinformation—junk science meant to skew our perception of important topics like food safety and biotechnology. The risk this poses cannot be overstated.

Producing an abundant food supply to economically and sustainably feed a world population of 9+ billion people is a Herculean task. Innovative plant breeding technologies can help us do it, but these advances are being threatened by arduous, unnecessary regulations and deliberate misinformation campaigns led by activist who see mainstream science as a threat to humanity. The only long-term solution is an informed populace that won’t be fooled by propaganda.

Stuart J. Smyth is a professor in the Department of Agricultural and Resource Economics and holds the Industry Funded Research Chair in Agri-Food Innovation at the University of Saskatchewan. Follow him on Twitter @stuartsmyth66