Ricki Lewis | January 6, 2020
This article or excerpt is included in the GLP’s daily curated selection of ideologically diverse news, opinion and analysis of biotechnology innovation.

It was a good year for new treatments for genetic diseases! Of the 44 FDA approvals of new drugs, 8 were for 6 single-gene diseases: DMD, beta thalassemia, cystic fibrosis, a form of amyloidosis, and two each for sickle cell disease and porphyria. The eight approvals showcase the diverse therapeutic strategies that are finally leaping from clinical trial to clinical reality.

That’s important. DNA, RNA, and protein-based treatments face an especially high bar because of the perceived permanence of a correction at these levels of genetic information.

Slowing of disease progression or improvement in one or two symptoms are signs of success, but it might take time for some molecular corrections to translate into fading symptoms. That’s why the multi-pronged strategies are critical. If a gene therapy isn’t leading to rapid or obvious improvement in a child with a brain or muscle disease, then perhaps RNAi, antisense therapy, or enzyme replacement therapy will. Better yet, instead of testing the technologies in tandem, do it in parallel.

I hope that this past year’s progress isn’t lost in the hype over gene editing in general, and CRISPR in particular. The media sometimes paints an unrealistic portrait of looming miracle cures and breakthroughs, which I analyzed last week here. New medical treatments are based on science, and that takes time – typically, three decades.

Here’s a look at a handful of new treatments for genetic diseases approved in 2019, and how they work.

The second gene therapy approval in the US happened in May 2019. Zolgensma treats spinal muscular atrophy (SMA), which causes progressive muscle weakness and, in its most severe form, is lethal in infancy or early childhood. Novartis picked up the drug candidate from biotech company AveXis, which commercialized research from Nationwide Children’s Hospital. Academia to small biotech to big pharma is a common trajectory in drug development.

Last week the mother of a preschooler with SMA spoke at a National Organization for Rare Disorders webinar.

Nicole Almeida’s son Matteo is today an active, inquisitive, 4-year-old who wants to be an astronaut and take his parents with him to Mars. But when he was a fetus, genetic testing revealed that the parents were carriers for SMA and that Matteo had inherited the disease. The organization Cure SMA helped the family find and enroll in a clinical trial, and Matteo received gene therapy when he was 27 days old.

“The day of gene therapy was incredible. ‘Gene therapy’ sounds so complicated but it was just an infusion in his right hand. He was just laying there, and it took an hour, with several people in the room. It was the first time I felt like I could breathe since we received the diagnosis,” Nicole recalled.

HOW IT WORKS: Gene therapy introduces a working copy of the gene that is absent or otherwise abnormal in a disease. It is less precise than CRISPR in where the gene ends up, but can provide a “forever fix” – one and done. SMA is unusual in that a second gene echoes the first, and a drug based on antisense technology (Spinraza, nusinersen;) approved in late 2016 activates the usually silent gene (see the DNA Science post “Two New Ways to Treat Spinal Muscular Atrophy.”)

Duchenne muscular dystrophy (DMD) is a tough target, for any biotechnology, because so much of the body is muscle. Exon-skipping creates a DNA-like patch of sorts that covers a mutation that would otherwise cause a big hunk to not get translated into the needed dystrophin protein.

In 2016 FDA approved the first exon-skipping drug, Exondys 51 (eteplirsen), for boys with the most common mutation. On December 12, 2019, FDA approved a second variation on the theme, Vyondys 53 (golodirsen), for another 8 percent of boys.

The drugs, developed by Sarepta Therapeutics, were approved because they increase dystrophin in muscle samples, a measurement serving as a “surrogate endpoint” – stand-in – for efficacy. “Confirmatory trials” to check for clinical benefit are ongoing. Exon-skipping is an application of antisense technology, which is based on the complementary DNA base-pairing of A with T and C with G. The drugs are administered as weekly intravenous injections.

HOW IT WORKS: Most genes have segments that encode protein – exons – and segments that are removed – introns. In many boys with DMD, a single DNA base mutation in the huge dystrophin gene offsets the way that DNA base triplets are transcribed and translated into the amino acid sequence of the protein. The drug is a bit of DNA-like material that binds at the site of the glitch, causing the cell’s transcriptional machinery to skip the errant exon. This action “restores the reading frame,” and protein production ensues. The “51” in Exondys 51 refers to the targeted exon as does the “53” in Vyondys 53 (golodirsen). Will the restoration be enough to help boys walk and extend their survival?

Each porphyria arises from a block in production of an enzyme in a biochemical pathway that liver cells use to manufacture the heme part of the hemoglobin molecule, which carries oxygen in the blood. The heme nestled within each of the four globin protein chains binds an atom of iron.

“Acute hepatic porphyria can have a profound impact on the lives of patients and their families. Porphyria attacks are associated with severe, incapacitating pain, often requiring hospitalization for management. Many patients struggle on a daily basis with chronic symptoms related to their disease. The approval of Givlaari is exciting for our community,” said Kristen Wheeden, executive director of the American Porphyria Foundation.

Long-term complications include liver cancer, chronic kidney disease, and hypertension. In the clinical trial, patients getting the drug had 70% fewer attacks.

HOW IT WORKS: RNAi technology interferes with a gene’s expression – its transcription into the messenger RNA (mRNA) that encodes the amino acid sequence of a protein. RNAi works a little like erasing a specific word when a document is copied – the error in the original document, or gene, remains. Givlaari blocks synthesis of the enzyme ALAS1 (aminolevulinic acid synthase 1. FDA approved the first RNAi drug in 2018, Onpattro (patisiran), to treat hereditary transthyretin-mediated amyloidosis (hATTR.)

Alnylam Pharmaceuticals developed and market both RNAi drugs. Because RNAs are dismantled quickly, such a drug must be delivered repeatedly. Givlaari is a monthly subcutaneous injection.

Beta thalassemia affects the numbers of beta globin chains in hemoglobin, which form two of the four protein parts that each surround a heme. The drug enables patients to need fewer transfusions. 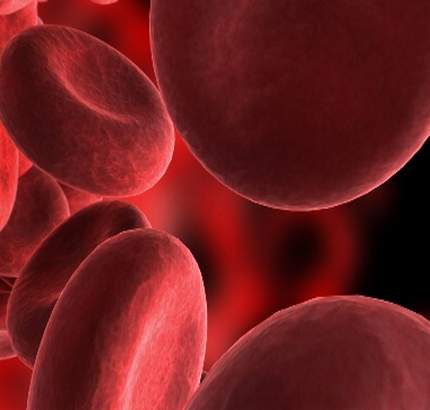 HOW IT WORKS: Using recombinant DNA technology (placing human genes in bacterial or other single cells), researchers at Celgene Corp (now part of Bristol-Myers Squibb) engineered a fusion protein that acts as an “erythroid maturation agent.” The two-part protein makes precursors to red blood cells suddenly mature by correcting a defect in how they receive certain signals. The effect is a little like taking a class of middle schoolers and suddenly making them college age.

I did the math on the cost. At Walgreen’s with a “free coupon” from GoodRx, I could pay $3,579 for a once-every-3-weeks shot. But at the suggested dose of 1 mg/kg of weight, I’d need three vials: $10k+. But I don’t know what insurance would cover, and like many drug manufacturers, programs assist with cost.

The high price of gene therapy – some estimated to exceed $1 million – must be weighed against a lifetime of costly weekly or monthly treatments for other types of new drugs.

When I think “genetic treatment success story,” I think CF. It’s been fascinating to watch the conquering of a disease that I remember being deadly in early childhood.

The first treatments addressed symptoms: breaking up mucus, sprinkling digestive enzymes on applesauce, fighting inflammation and infection. The newer drugs are small molecules that interact with the errant ion channels that lie behind the disease. The channels are proteins that contort into tiny tubes, which control the balance of water and salts in many parts of the body – hence the diverse symptoms.

The first targeted drug, Kalydeco (ivacaftor), was approved in 2012 for the 5 percent of patients with a certain mutation, G551D. Their ion channel proteins stay stuck at the cell surface from within, like hitting up against a closed door.

A second drug, tezacaftor, is given with Kalydeco. The duo, dubbed Symdeko, debuted in 2018, both from Vertex Pharmaceuticals. Patients with two copies of the most common mutation (Phe508del) take it. The second drug refolds the ion channel correctly and keeps it at the cell membrane long enough to work.

The 2019 addition was a triple drug, the first two plus Trikafta (elexacaftor), which adds patients who have one copy of the common mutation plus a specific other. The third drug enables protein synthesis to ignore mutations that shorten the ion channel protein. All three drugs are taken as daily pills. (Ads for them are festooning my Facebook feed since I read the package inserts online. Clearly some of the cost goes to advertising. Just sayin’.)

The new generation of cystic fibrosis drugs means that “it may soon be possible to offer safe and effective molecularly targeted therapies to 90% of persons with cystic fibrosis,” wrote NIH director Francis Collins, who lead the team that discovered the CFTR gene in 1989, in a recent New England Journal of Medicine. That is simply jaw-droppingly terrific – but, again, it took three decades. “Breakthrough” and “science” shouldn’t be in the same sentence.

Next up? BioMarin has just submitted a biologics license application to FDA, for the first gene therapy to treat a hemophilia (A). Valoctocogene roxaparvovec is expected to receive FDA approval for marketing in the first quarter of 2020. I wonder if they’ll name it Roxy.

The Progeria Research Foundation (PRF) recently announced submission to FDA of the final results of clinical trials for lonafarnib, to treat some symptoms and extend survival in children and teens with a type of the rapid-aging condition. Lonafarnib approval has been a long time coming, as the PRF has diligently searched for all progeria patients in the world. The drug was a failed cancer treatment; years of basic research led to the realization that, at the molecular level, it could counter progeria.

The pipeline is full! See my recent DNA Science post Gene Therapy Update: Remembering Jesse Gelsinger, which lists ongoing clinical trials for treatments for genetic diseases. How many will make next year’s list of FDA approvals?

This article originally ran at PLOS as FDA Approvals in 2019 Reflect Eclectic Ways to Treat Genetic Disease and has been republished here with permission.