‘Rebooting the brain’: Our fight to bring people back from the dead

A striking feature of medicine over the past few centuries has been our growing ability to bring people back from the “dead.” For most of human history, patients who were unconscious and not breathing were treated as though they had died. But the concept of resuscitation emerged as doctors grew to understand the basic function of the lungs and airways. That led to new techniques and tools capable of restoring both breathing and heartbeat — and the realization that cardiac arrest was not always a death sentence. That, in turn, gave rise to a distinction between what’s now called clinical death versus brain death.

Today that brain focus continues, but with a growing glimmer of hope that even brain death might be reversible in some instances. These dreams are fueled by research showing that the disappearance of brain function is not the same as deletion of computer files. Rather, it represents a deterioration of the pathways that normally enable different parts of the brain to communicate. This idea was bolstered recently with the 2017 success in France, where a patient was partially revived from a 15-year vegetative state. It also dovetails with insights from the study of hibernating animals.

Medical magic: Expansion of resuscitation of capability over the centuries 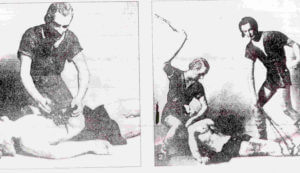 Resuscitation entered the field of medicine beginning in the 1500s, not surprisingly with practices that may have helped victims occasionally, but with a low success rate. Such practices included flagellation, and were based  on experience rather than an understanding of the underlying physiological processes. This started to change with the use of air bellows, based on an understanding that air needed to flow in and out of the lungs. But the 1740s, mouth-to-mouth resuscitation was standard practice in France for resuscitating drowning victims.

The next big milestone was chest compression, which was recognized as useful and tested and tweaked in the 1890s and early 1900s. After a series of tests in the 1950s, Drs. Peter Safar and James Elam essentially invented what in 1960 would be called cardiopulmonary resuscitation (CPR). Also called basic life support, CPR was expanded into advanced cardiac life support (ACLS) by 1979. The latter made use of drugs, electrocardiography (EKG), and also the defibrillator, which was invented in the 1930s and first used to shock human hearts in the 1940s. Since the 1980s, cardiac resuscitation life support has gotten increasingly complex, but only in recent times have efforts begun to concentrate on the brain.

Honing in on what makes a brain alive or dead

The vegetative state is a kind of intermediate condition between life and death, where there is no electrical activity in higher brain regions, but the brain is getting oxygen and nutrients, sometimes even keeping the breathing going for years. It was possible for this to happen prior to the age of modern medicine, but the advent of life support technology in the mid 20th century put the vegetative state on center stage. With life support equipment, doctors could keep oxygen flowing into the blood from the lungs, and blood flowing through the brain almost indefinitely. So the question became whether anything was happening in the higher parts of the brain — the areas responsible for human consciousness and self awareness — and, if not, whether such activity would return.

Follow the latest news and policy debates on agricultural biotech and biomedicine? Subscribe to our newsletter.
Related article:  Viewpoint: Link between bee death and glyphosate still a 'far-fetched' story

Over the past few decades, partly because of advances in protecting the brain after injury, an increasing number of people have recovered from vegetative states. But generally, experts have considered such a state lasting more than 12 months to be irreversible. Proposed reasons for the decreasing prospects over time include the disintegration of connections between nerve cells (neurons) known as synapses, changes in the molecular structure within neurons themselves, and the disappearance of metabolic activity in the higher regions of the brain.

But researchers in neurology, neurosurgery, and neuroscience have achieved several advances on two major fronts. First of all, there has been progress in the past two decades toward preventing brain damage in the first place, following traumatic brain injury or cardiac arrest. This is done routinely using certain drugs and/or therapeutic hypothermia (lowering the body temperature of the patient). On the second, understanding of the connections between the cerebral cortex, a brain center called the thalamus, and other brain regions taught scientists that electrical stimulation of the vagus nerve will stimulate the thalamus. This in turn can be used to provoke activity in higher brain areas. Think of it as electrical stimulation in the brain equivalent to shocking the heart to restore a pulse. It wasn’t until this year, however, that the connections between the vagus nerve and different brain areas were exploited to stimulate a brain that had been vegetative for a long period of time 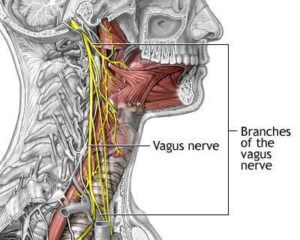 In Lyon, researchers tested the vagus nerve technique on a patient who was declared vegetative 15 years ago following a traumatic brain injury. It was a situation that normally would be considered hopeless, which is why the team had nothing to lose in trying it. Following the procedure, the patient moved from the vegetative state not to complete arousal, but to a state of minimal brain activity. There were body reactions to noises and other stimuli from the outside, and, encouragingly, electroencephalography (EEG) revealed what are called theta waves, a sign that the brain is waking up.

To be sure, neurology researchers around the world have cautioned that the experience with this one patient is not enough to conclude that the electrical stimulation of the vagus nerve is what led to the improvement. It’s plausible, for instance, that the surgery performed to implant the vagus electrodes in the patient’s chest, rather than the actual electrical stimulation, is what did it.

Whatever the reason, apparently memory in the brain — synapse patterns and other factors that account for life in the brain — is protected better than we thought, and this raises the possibility of new treatments other than the vagus nerve stimulation.

Studies of hibernating animals suggest that the molecular and synaptic integrity of neurons in the cerebral cortex that underlie self and consciousness is maintained in many cases when from the outside the brain appears dead. In the past few years, scientists have learned that synapses degenerate when bears hibernate — the neurons disconnect and stop firing just as they do during death. But, remarkably, the same synapses return as the bears revive from hibernation. Together with the vagus nerve study, this work suggests that research for new treatments to reboot the brain could pay off in a big way. In a very real sense, to paraphrase Mark Twain, reports of brain death in many people may turn out to be greatly exaggerated.

A version of this story originally ran on the GLP on October 25, 2017.