Genetically modified organisms are commonplace, and are already present in many of the foods we eat — often, though not exclusively, in the form of genetically modified corn, soy, sugar beet, and canola oil. But as ubiquitous as they are, they’re shrouded in mystery. Across most of the United States, foods made with GMO ingredients don’t bear labels attesting to that. They don’t need to mention genetic engineering on the label or elsewhere. As a result, most of us don’t know how often we eat foods containing GMOs or their byproducts.

Why the obscurity? Genetic engineering can be challenging to explain and to understand. In the past, scientists and companies responded to that challenge by lobbying against GMO labeling, hoping that limiting the visibility of this technology would ultimately limit public concern.

But that was a mistake. Not labeling products made with GMOs only stoked the concern it was intended to minimize.

Questions naturally arise like, “If GMOs are really safe, why do food companies keep hiding them from us?”

Such questions emerge despite strong scientific consensus that the technology underlying GMOs is completely safe — a position endorsed time and again by unbiased sources like the World Health Organization and the U.S. National Academies of Sciences, Engineering, and Medicine. But with GMOs hidden from public view, it’s understandable that people still question it. 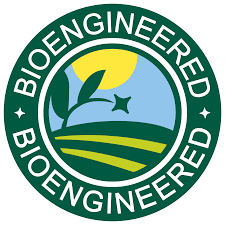 Consumers deserve clear, consistent labeling that tells them what they want to know when shopping for food: Is a product made with genetically modified organisms or not, according to their understanding of that term rather than a statutory definition riddled with exceptions.

That’s why ZBiotics is now labeling its products as “GMO” and “genetically engineered,” using easily understood text. In addition, we chose to use the clearest version of the USDA’s new label options: the circular “Bioengineered” icon.