This article or excerpt is included in the GLP’s daily curated selection of ideologically diverse news, opinion and analysis of biotechnology innovation.
For 83-year-old Florence Wambui Theiru, a life of farming in Central Kenya has been a sweet and sour journey.

Over the decades, she’s seen it all. But fall armyworm, a devasting new pest that is devouring the maize crops that she depends on to feed her family and provide fodder for her cattle, has cut into her productivity and left her feeling distressed.

Despite her age, Wambui prides herself on being able to feed her family and three cattle from her labors on her farm. She works on the farm daily, though arthritis in one leg has somewhat affected her mobility. That, however, does not worry her nearly so much as the fall armyworm.

“My favorite crop, maize, that I have planted over decades was attacked even before tasseling,” she said. “Last year, we harvested almost nothing because the pests came and attacked our crop, contributing to my low yields.”

The experience of Wambui, who cultivates beans, bananas, potatoes and green peas, is no different than neighboring farmers, who have struggled with the stem borer and now fall armyworm, as well as drought, when farming maize over the last half a decade.

African plant researchers with the TELA project have used the technology of genetic engineering to develop drought-tolerant, insect-resistant varieties of maize. Though the improved Bt maize is currently being grown in South Africa, Kenya has yet to approve the crop.

Meanwhile, Kenya produced just 17 million bags of maize in 2019, though the nation has the potential to produce 80 million bags annually if it adopts new technologies, according to Kenya’s Ministry of Agriculture Livestock and Fisheries.

Spraying chemicals on maize is not a viable option

“I don’t even recall when fall armyworm spread here, but last year was worse,” Wambui said. “Some farmers have used pesticides to control the pest, but to us it is expensive. Besides, it is somewhat difficult to even spray because we have other short seasonal crops on the farm.

“I have seen only maize succumb to fall armyworm and this makes me sad. Why does the pest only target maize?” Wambui wondered. “For instance, last year, beans and Irish potatoes performed better because they were not attacked, yet they are in the same farm.”

She has tried planting several maize varieties, but they are still susceptible to fall armyworm. “The pests move from one maize to another, devouring stems and leaves. Even worse, when drought strikes, maize may fail to yield but beans still survive.”

Meanwhile, Wambui has introduced green peas to her farm, hoping to harvest an off-season crop rich in protein to complement other farm produce and feed her family as she waits for the maize to yield.

Another challenge is being able to afford “farm inputs like fertilizer because the land has become less productive,” she told the Alliance for Science. “Yet sometimes I don’t have money to buy the fertilizer. I have to depend on my little income from this farm to buy seeds.”

Wambui also struggles to control the weeds invading her crops. During a recent visit to her farm, she was busy weeding using a long knife with a broad, hooked, blade (panga), and at times her bare hands. The weeds compete with her crops for nutrients and often overwhelm them, so she must manually remove the hardy weeds in order to save her crops. If she is unable to remove them before the maize starts tasseling, the yield will be too poor to feed her family.

“Ah! I get help to plow and prepare the land; do I look like I can do all that work alone?” Wambui chortled.  “I also get assistance from my neighbors as well. But I try my best to weed although at times I hire a tractor to prepare the land for planting.” 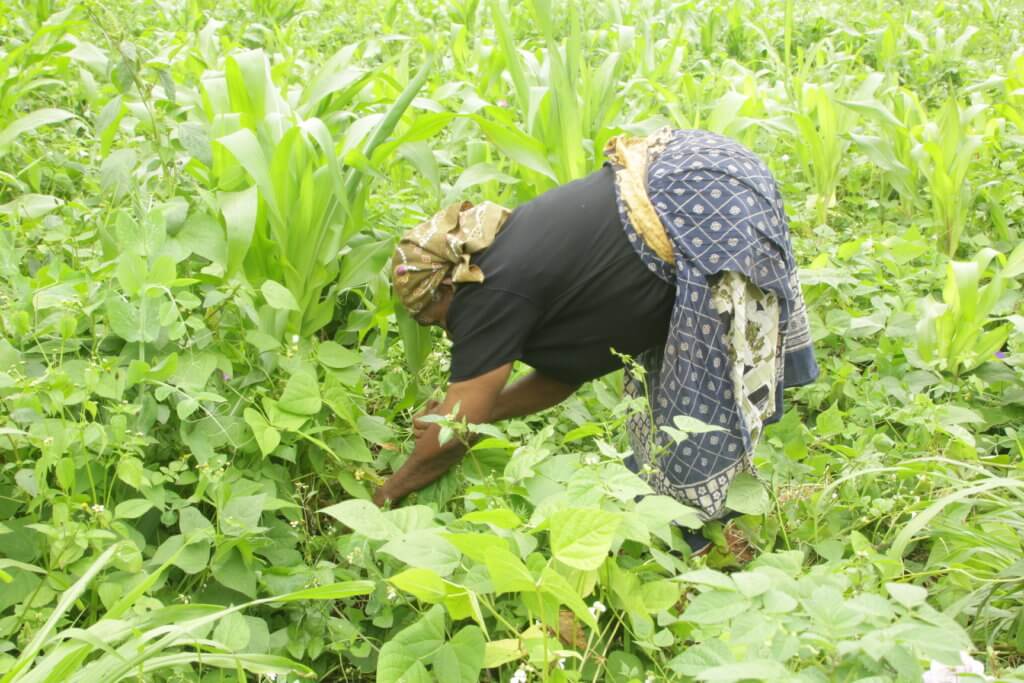 For Wambui, farming is her life. She has depended on it as long as she can remember.

“In earlier years, women were discouraged from going to school,” she recalled. “If you were enrolled in a school, you were perceived to be promiscuous. When you became of age, the only option was to get married and start a family. But today, a lot has changed. Women are allowed to go to school and progress.

“We bought this land many years ago,” she recalled. “We used to keep cattle, but many died, and we decided to grow crops. We farm for food and fodder. I live with my husband. We have many children and grandchildren and great-grandchildren. Some of our children are working here in Kenya, while others stay abroad. When my children visit, I like to give them some of my farm produce.” 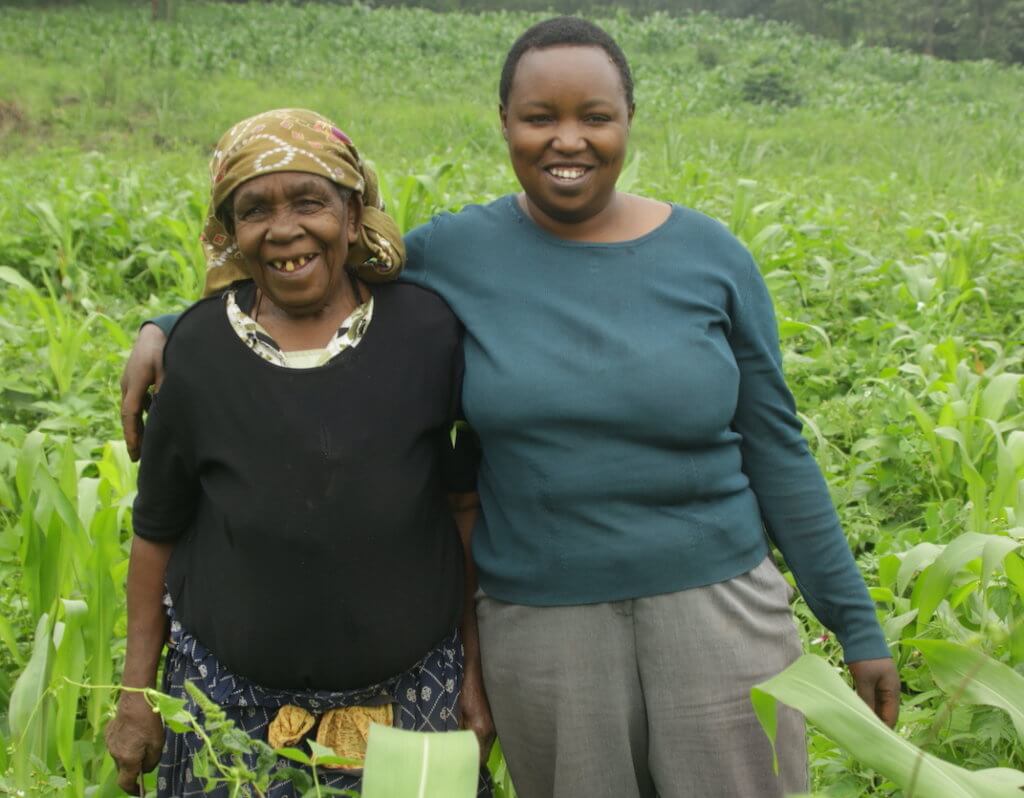 Her daughter, Easter Wacheke, volunteers to help Wambui on the farm. “I have come to help my mother because I have seen the value in her farming. For many years, I have seen her farming business transform all of us because we have depended on it for years and she has tried to transfer these skills to us.

“I would like to see modern agriculture step in and flourish because I would like to see progress,” Wacheke continued. “We would appreciate it if we get help to access quality new maize variety seeds that can fight the pests and drought. In that sense, farming would be good to us.”

“Coming from a smallholder farmer family, my dream was to study agriculture so that I can play a role in increasing food for farmers who struggle with agricultural production challenges,” she told the Alliance for Science. “There is so much struggle for women in agriculture in Kenya. But if a farmer can access technologies then he/she can increase their farming productivity.”

Fall armyworm is a serious problem in Africa. However, Bt technology has been used globally to develop genetically modified (GM) crops that can effectively fight the pests, she observed.

“I have never changed my position as a scientist that to the best of my knowledge there is no danger in GM foods,” she continued. “The technology is what we need to protect our crops to increase productivity.”

As for Wambui, she envisions a situation whereby young people will take over farming, optimistic that they will do it better because they can access information and technology that will allow them to take farming to the next level.

“A young person can do farming, given a piece of land like this one,” she said. “They can farm better because they even get information from phones, of which myself I cannot do so. They can use technologies to better plan their farm and source for the best inputs. But to handle droughts and fall armyworm, they must get knowledge and education.”