No doubt about it: makers of plant-based meat are experiencing blockbuster growth during the pandemic for a variety of reasons. From widespread slaughter plant shutdowns restricting supply and increasing prices to concerns about the treatment of those employed in those plants to attention on the connection between pandemics and how we treat animals, many Americans are exploring the plant-based world in earnest. 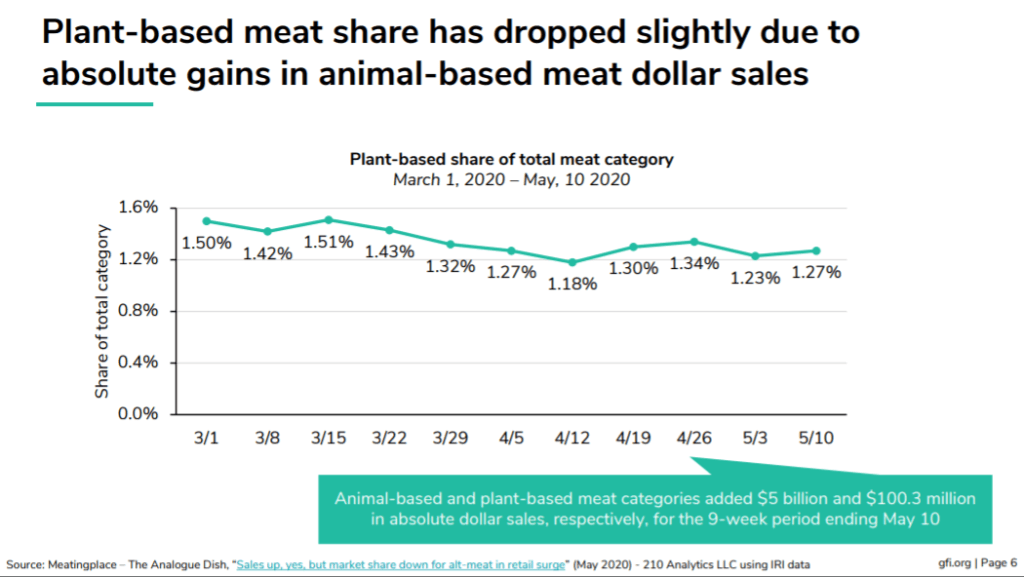 According to Feedstuffs, “since the onset of the pandemic-related changes in grocery patterns, the meat department has seen an additional $5.0 billion in sales, versus an additional $100.3 million for plant-based meat alternatives.”

…. [K]eep in mind that plant-based meat typically sells for 200 to 500 percent the cost of conventional meat, so percent of dollars spent will be higher than the percent of actual meat sold.

And when it comes to measuring those pounds of actual meat, Feedstuffs makes it clear that plant-based meat’s share has actually decreased during the pandemic since animal-based meat has climbed so rapidly.