Next food revolution: Will synthetic proteins eliminate animals as food?

We are on the cusp of the deepest, fastest, most consequential disruption in food and agricultural production since the first domestication of plants and animals ten thousand years ago. This is primarily a protein disruption driven by economics. The cost of proteins will be five times cheaper by 2030 and 10 times cheaper by 2035 than existing animal proteins, before ultimately approaching the cost of sugar. They will also be superior in every key attribute – more nutritious, healthier, better tasting, and more convenient, with almost unimaginable variety. This means that, by 2030, modern food products will be higher quality and cost less than half as much to produce as the animal-derived products they replace.

The impact of this disruption on industrial animal farming will be profound. By 2030, the number of cows in the U.S. will have fallen by 50% and the cattle farming industry will be all but bankrupt. All other livestock industries will suffer a similar fate, while the knock-on effects for crop farmers and businesses throughout the value chain will be severe.

This is the result of rapid advances in precision biology that have allowed us to make huge strides in precision fermentation, a process that allows us to program microorganisms to produce almost any complex organic molecule.

These advances are now being combined with an entirely new model of production we call Food-as-Software, in which individual molecules engineered by scientists are uploaded to databases – molecular cookbooks that food engineers anywhere in the world can use to design products in the same way that software developers design apps. This model ensures constant iteration so that products improve rapidly, with each version superior and cheaper than the last. It also ensures a production system that is completely decentralized and much more stable and resilient than industrial animal agriculture, with fermentation farms located in or close to towns and cities.

This rapid improvement is in stark contrast to the industrial livestock production model, which has all but reached its limits in terms of scale, reach, and efficiency. As the most inefficient and economically vulnerable part of this system, cow products will be the first to feel the full force of modern food’s disruptive power. Modern alternatives will be up to 100 times more land efficient, 10-25 times more feedstock efficient, 20 times more time efficient, and 10 times more water efficient.1,2 They will also produce an order of magnitude less waste.

Modern foods have already started disrupting the ground meat market, but once cost parity is reached, we believe in 2021-23, adoption will tip and accelerate exponentially. The disruption will play out in a number of ways and does not rely solely on the direct, one-for-one substitution of end products. In some markets, only a small percentage of the ingredients need to be replaced for an entire product to be disrupted. The whole of the cow milk industry, for example, will start to collapse once modern food technologies have replaced the proteins in a bottle of milk – just 3.3% of its content. The industry, which is already balancing on a knife edge, will thus be all but bankrupt by 2030. 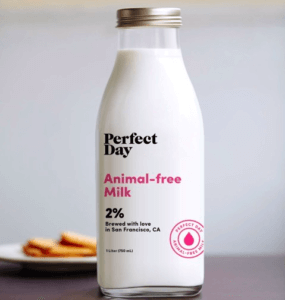 This is not, therefore, one disruption but many in parallel, with each overlapping, reinforcing, and accelerating one another. Product after product that we extract from the cow will be replaced by superior, cheaper, modern alternatives, triggering a death spiral of increasing prices, decreasing demand, and reversing economies of scale for the industrial cattle farming industry, which will collapse long before we see modern technologies produce the perfect, cellular steak.

By 2030, demand for cow products will have fallen by 70%. Before we reach this point, the U.S. cattle industry will be effectively bankrupt. By 2035, demand for cow products will have shrunk by 80% to 90%. Other livestock markets such as chicken, pig, and fish will follow a similar trajectory. There will be enormous destruction of value for those involved in rearing animals and processing them, and for all the industries that support and supply the sector (fertilizers, machinery, veterinary services, and more). We estimate this will total more than $100bn. At the same time, there will be huge opportunities for the producers of modern foods and materials.

Related article:  How much can we blame our genes for addictive behavior?

Key Impacts of the Food and Agriculture Disruption 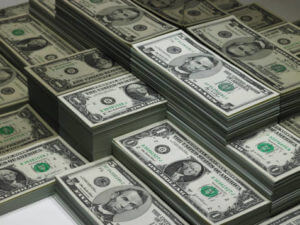 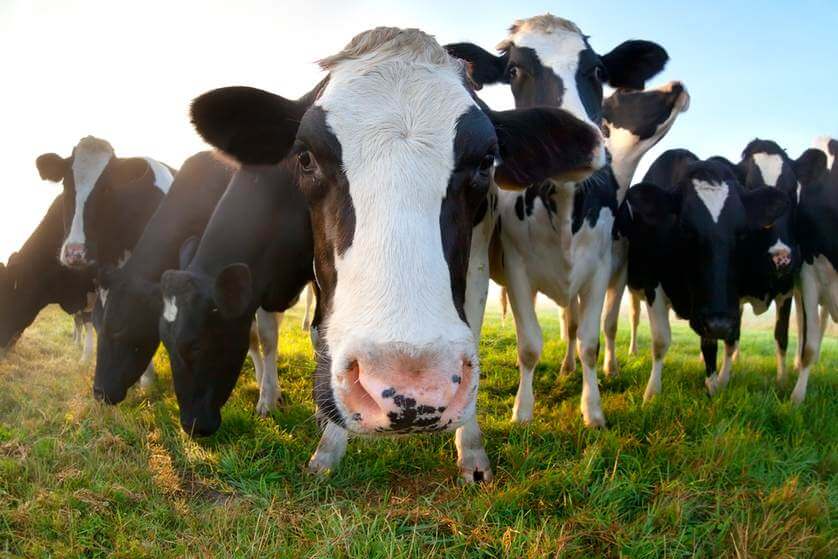 The disruption of food and agriculture is inevitable – modern products will be cheaper and superior in every conceivable way – but policymakers, investors, businesses, and civil society as a whole have the power to slow down or speed up their adoption. The aim of this report is to start a conversation and focus decisionmakers’ attention on the scale, speed, and impact of the modern food disruption. The choices they make in the near term will have a lasting impact – those regarding IP rights and approval processes for modern food products, for example, will be critical.

Many decisions will be driven by economic advantages as well as by social and environmental considerations. But other decisions may be influenced by incumbent industries seeking to delay or derail the disruption. They may also be influenced by mainstream analysis, although decisions made based on such analysis tend to make economies and societies poorer by locking them into assets, technologies, and skill sets that are uncompetitive, expensive, and obsolete. To unlock the full potential of this and every other technological disruption, we need to embrace a different approach, one that better reflects the complex, dynamic, and rapidly-changing world we live in.

Decision-makers must also recognize there are no geographical barriers to the food and agriculture disruption, so if the U.S. resists or fails to support the modern food industry, other countries such as China will capture the health, wealth, and jobs that accrue to those leading the way. Policymakers must, therefore, start planning for the modern food disruption now in order to capture the extraordinary economic, social, and environmental benefits it has to offer.

This article originally ran at RethinkX and has been republished here with permission. Follow RethinkX on Twitter @RethinkX