Swapping out red meat for certain plant-based meat alternatives can improve some cardiovascular risk factors, according to a new study by researchers at Stanford Medicine.

The small study was funded by an unrestricted gift from Beyond Meat, which makes plant-based meat alternatives, and used products from the company in comparing the health effects of meat with plant-based alternatives. Beyond Meat was not involved in designing or conducting the study and did not participate in data analysis.

It may seem obvious that a patty made of plants is a healthier option than a hamburger. But many of the new meat alternatives, such as Beyond Meat, have relatively high levels of saturated fat and added sodium and are considered highly processed foods, meaning they are made with food isolates and extracts as opposed to whole beans or chopped mushrooms. All of these factors have been shown to contribute to cardiovascular disease risk, said Christopher Gardner, Ph.D., professor of medicine at the Stanford Prevention Research Center.

“There’s been this sort of backlash against these new meat alternatives,” Gardner said. “The question is, if you’re adding sodium and coconut oil, which is high in saturated fat, and using processed ingredients, is the product still actually healthy?” To find out, Gardner and his team gathered a group of more than 30 individuals and assigned them to two different diets, each one for eight weeks. One diet called for at least two daily servings of meat—the options available were primarily red meat—and one called for at least two daily servings of plant-based meat.

In particular, the researchers measured the levels of a molecule, trimethylamine N-oxide, or TMAO, in the body; TMAO has been linked to cardiovascular disease risk. They found that TMAO levels were lower when study participants were eating plant-based meat.

A paper describing the results of the study [was] published Aug. 11 in the American Journal of Clinical Nutrition. Gardner is the senior author of the paper. Postdoctoral scholar Anthony Crimarco, Ph.D., is the lead author.

Gardner, a longtime vegetarian, is a staunch proponent of eating whole foods, with a particular emphasis on vegetables. As nearly all plant-based meats are fairly high in saturated fats and classified as highly processed foods—Beyond Meat included—Gardner wanted to study how they affect the body compared with red meat. 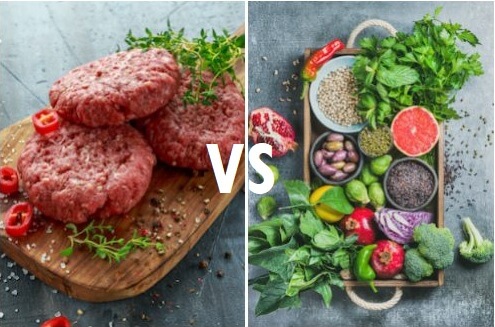 He and his team conducted a study that enrolled 36 participants for 16 weeks of dietary experimentation. Gardner designed the research as a crossover study, meaning participants acted as their own controls. For eight weeks, half of the participants ate the plant-based diet, while the other half ate the meat-based diet consisting of primarily red meat, although some participants ate a small amount of chicken. Then they switched. Regardless of which diet participants were on, both groups had on average two servings of meat or plant-based alternatives per day, carefully tracking their meals in journals and working with members of Gardner’s team to record their eating habits.

The team took precautions to eliminate bias throughout the study, including working with a third party at Stanford, the Quantitative Sciences Unit, to analyze the data once all participants had finished their 16-week dietary interventions. “The QSU helped us draw up a statistical analysis plan, which we published online before the study was completed,” Gardner said. “That way our plan was public, and we were accountable for the specific primary and secondary outcomes that we had initially said we wanted to go after—namely, the participants’ levels of TMAO, blood cholesterol, blood pressure and weight.”

Related article:  Humans on Mars? NASA must find way to protect us from radiation

The main outcome the team was interested in tracking, Gardner said, was the level of TMAO.

Gardner calls TMAO “an emerging risk factor,” meaning there seems to be a connection between higher levels of TMAO and an increased risk of cardiovascular disease, but the connection has yet to be definitively proved. Two precursors to TMAO, carnitine and choline, are found in red meat, so it’s possible that individuals who regularly eat beef, pork or lamb for dinner will simply have higher levels of TMAO.

“At this point we cannot be sure that TMAO is a causal risk factor or just an association,” Gardner said. However, he sees a reason to pay attention to TMAO readouts. In the past few years, studies have shown that high levels of TMAO are consistent with increased inflammation and blood clotting, among other health concerns. Gardner points to another study in which researchers found that people with elevated TMAO had a 60% higher risk for adverse cardiovascular events, such as a heart attack. 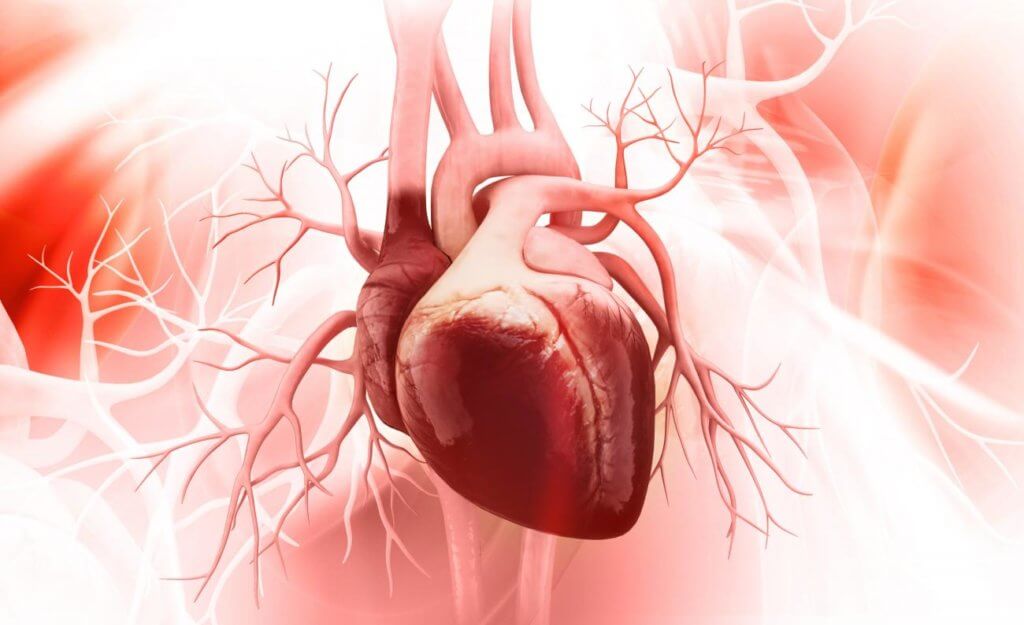 In Gardner’s study, the researchers observed that participants who ate the red-meat diet during the first eight-week phase had an increase in TMAO, while those who ate the plant-based diet first did not. But something peculiar happened when the groups switched diets. Those who transitioned from meat to plant had a decrease in TMAO levels, which was expected. Those who switched from plant to meat, however, did not see an increase in TMAO.

“It was pretty shocking; we had hypothesized that it wouldn’t matter what order the diets were in,” Gardner said. It turns out that there are bacterial species responsible for the initial step of creating TMAO in the gut. These species are thought to flourish in people whose diets are red-meat heavy, but perhaps not in those who avoid meat.

“So for the participants who had the plant-based diet first, during which they ate no meat, we basically made them vegetarians, and in so doing, may have inadvertently blunted their ability to make TMAO,” he said. Whether this type of approach could be used as a strategy for decreasing cardiovascular disease risk remains to be seen.

Outside of TMAO, health benefits conveyed from plant-based alternatives extended to weight and levels of LDL cholesterol—or “bad” cholesterol. No matter which diet was first, participants’ levels of LDL cholesterol dropped on average 10 milligrams per deciliter, which is not only statistically significant, but clinically significant too, Gardner said. In addition, participants lost 2 pounds, on average, during the plant-based portion of the diet.

“The modest weight loss observed when participants substituted the plant-based meats in place of the red meats is an unexpected finding, since this was not a weight-loss study,” Crimarco said. “I think this indicates the importance of diet quality. Not all highly processed foods are created equal.”

Gardner hopes to continue studying the relationship between health and plant-based meat alternatives, particularly as it pertains to changes in the microbiome. Gardner said he’s also interested in expanding his research into diet patterns overall. “Maybe next we’ll look at a combination of dietary factors on health—perhaps alternative meat combined with alternative dairy products,” he said.