In the wake of the natural wine movement and the age of ‘wellness’, it was just a matter of time until a brand tried to hoodwink us. Quickest to the mark were Cameron Diaz and Katherine Power with ‘clean wine’, Avaline.

Diaz and Power intend to bring transparency to wine but get off to a bad start …. They rail against additives in wine, which is probably why they fail to list the additives used (which include bentonite clay, pea protein, sulphites of 100ppm, yeast, yeast protein, and cream of tartar – all ingredients that can often be found in ‘normal’ wine) …. If you want to lead a movement championing transparency, don’t be opaque. 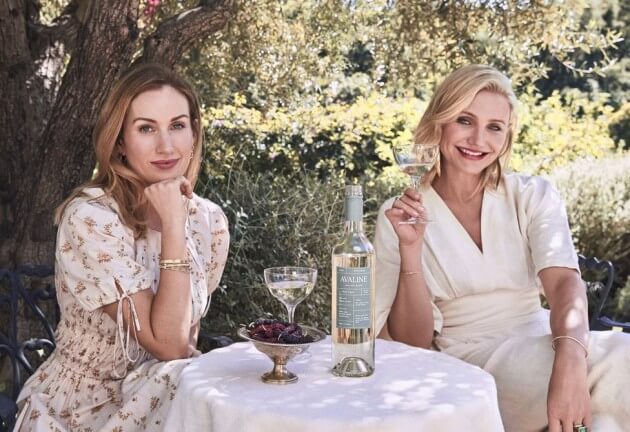 The use of organic grapes is the only tangibly clean part of the Avaline story. However, there’s a huge difference between mass market wine and smaller producers with regard to their use of pesticides. Many winemakers practice organic farming where possible but have to be pragmatic. In cooler regions, mildew can run amok unless it’s treated with fungicide.

[Editor’s note: to learn more about pesticides in wine, read Will glyphosate residue in beer and wine raise your cancer risk? If you drink 8 gallons a day]

It’s the major brands at the cheaper end that use the most pesticides and additives. But even in these cases only trace amounts find their way to your glass and are considered harmless in such quantities.