This article or excerpt is included in the GLP’s daily curated selection of ideologically diverse news, opinion and analysis of biotechnology innovation.
Geneticist Dr Kat Arney takes a look at the progress that’s been made in tackling rare genetic disorders, and the challenges that remain. We hear from a prenatal genetic counselor about how new tests are helping people carrying genetic variations make decisions about starting a family, in the latest episode of the Genetics Society’s ‘Genetics Unzipped’ podcast. 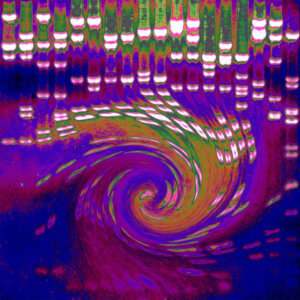 When it comes to rare diseases, the clue is in the name—it’s a term usually used to refer to conditions that affect fewer than one in two thousand people.  In many cases these disorders are caused by changes in single genes, but in other cases it’s a bit more complicated. But although each one may be rare in itself, it all adds up. There are somewhere between 6,000 and 8,000 rare diseases known, with a couple of hundred more being described every year as our ability to delve into the genome grows. In fact, a rough estimate suggests that around one in 15 people worldwide is affected by one of these rare conditions. So, maybe not so rare after all. But what do we do about them?

Dr Ron Jortner, or Roni to his friends, is raising awareness of rare diseases— and what needs to happen to understand and treat them better. Jortner is the founder and CEO of Cambridge-based Masthead Biosciences and a trustee of the Cambridge Rare Disease Network, a charity dedicated to making a difference in the lives of those affected by rare genetic conditions:

When it comes to treatment, gene therapy is still very new. It’s really been around only for a few years and still is facing a lot of hurdles, but I think in the end, this is indeed the dream. This is indeed the method to approach these diseases at the heart of the problem.

At the same time, as we’re understanding more about the variations and faults in DNA that cause rare genetic conditions in order to treat them, there’s an increasingly sophisticated range of tests designed to help people who have these variations make decisions about whether and how they want to have children—or what to do about a pregnancy when a genetic abnormality has been detected in the fetus.

This is an emotionally challenging journey to navigate, but there are people like New York-based prenatal genetic counselor and DNA Today podcast host Kira Dineen to help guide the way:

There are so many tests now, and we can learn so much about the genetics of a child. We’re coming from a place where we used to offer invasive procedures, and that is something that we still continue to do, but [fewer] people are going through these procedures because of the new technology we have.

But with so much information it’s really advantageous to meet with a genetic counselor, to go over all this and see how it applies to a person specifically. In genetic counseling, we’re able to sit and really talk through …. how this affects the individuals in front of us.

Related article:  Should parents be allowed to choose a child's sexual orientation through gene editing?

Subscribe from Apple podcasts, Spotify, or wherever you get your podcasts.