This article or excerpt is included in the GLP’s daily curated selection of ideologically diverse news, opinion and analysis of biotechnology innovation.
We live in a precautionary era in which technological breakthroughs poised to dominate the coming decades—from artificial intelligence and nanotechnology to the biotechnology revolution in medicine and agriculture—are often cast in a dark shadow. Journalists are mirrors, reflecting the broader, societal anxiety that we will not be able to rein in the seemingly runaway forces of technology. It is a cultural and economic war between pessimism and progress. Social media only amplifies the cacophony.

It is part of a historical pattern. The idealization of the past in the face of paradigm-shifting technology is not a new phenomenon. New technology is disruptive, which means that while the direction of change may be positive for society as a whole, there will be innocent losers as well as many winners. The Luddites of early 19th century Britain have emerged as the historical symbol of technological rejectionism. This oath-based organization of rural fabric and button makers were horrified about the mechanization of their crafts, as textile mills began replacing their small-town shops. They fashioned themselves as the liberals of that era, chosen by God to protect the pastoral English life they were so used to, and protest the disruptions of industrialization sparked by the machine technology and coal mining revolutions (the ‘disruptive’ technologies of that time) (Sale 1996).

History abounds with examples of epic misjudgments rooted in pessimism about the promise of emerging disruptive technologies. Consider a Western Union internal memo, dated 1876: “This ‘telephone’ has too many shortcomings to be seriously considered as a means of communication [and] is inherently of no value to us” (Wadwha 2014). Or a comment by a British Member of Parliament in 1903: “I do not believe the introduction of motor-cars will ever affect the riding of horses” (van Wulfen 2016). Additionally, the infamously flip quip by an executive editor at Prentice-Hall in 1957: “I have talked with the best people and I can assure you that data processing is a fad that won’t last out the year” (Sherman 2012).

Resurrecting these anti-innovation sentiments is insightful because we are in the early stages of a once-in-a-generation, and maybe once-in-a-century, innovation earthquake that is making food safer, more nutritious and more abundant, and helping us fight the scourge of climate change. New techniques of biotechnology—from genetic modification to CRISPR (clustered regularly interspaced short palindromic repeats) gene editing—are propelling dramatic change in food and farming. But many in the media mainstream, spurred in part by self-described “progressive environmentalists,” will have little of it, and their views have sowed doubt amongst the public at large.

Reporting on food is not like covering City Hall—its products—food—are visceral, deeply personal, and cultural. When it comes to applying technology to farming, everyone has an opinion, informed or not. President Dwight Eisenhower, who was raised in Kansas farm country, became skeptical of reporters and Washington bureaucrats who misunderstood the Green Revolution and the role of synthetic pesticides and fertilizers that revolutionized global farming beginning in the 1940s and 1950s. “Farming looks mighty easy when your plow is a pencil and you’re a thousand miles from the corn field,” he quipped in a speech at Bradley University in 1956. He called critics of modern agriculture ‘synthetic farmers’ (Smith 2009).

The targeted manipulation of genes that began in the 1980s and 1990s that became known as genetically modified organism (GMO) technology has long been received with a similar mixture of alarmism and misreporting. Although there are many examples of nuanced critiques of biotech-inspired farming practices, much of the media coverage has been shaped by environmentalists and advocacy groups who define themselves as “liberal” but have adopted a Luddite-like precautionary view of GMOs and transgenic plants and, more recently, of the advances ushered in by gene editing and other new breeding techniques. 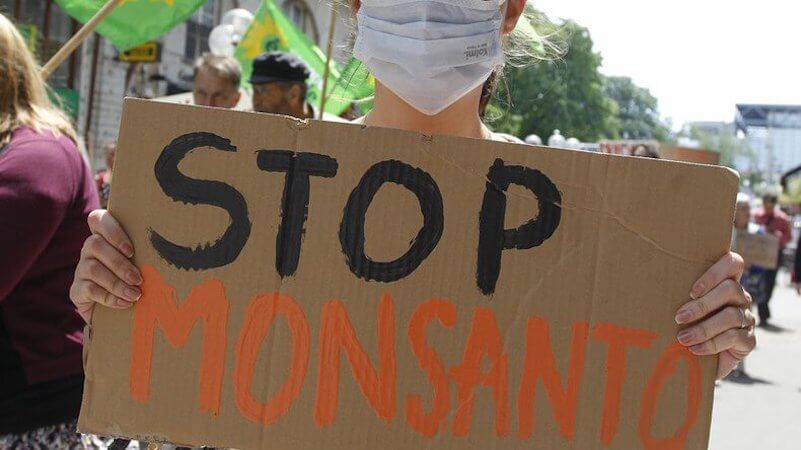 An unflattering meme has emerged about conventional farming and the agro-businesses that support it. Books, movies, and thousands of newspaper articles and online stories generated by advocacy groups and journalists conclude, with little variation in subtlety, that the world food system is dominated by rapacious transnational corporations and that biotechnology is making farmers more vulnerable, endangering our collective health, and, in its most apocalyptic expression, threatens the sustainability of our planet.

Its titular leaders, such as Vandana Shiva, an Indian philosopher, who has been described by supporters as the “rock star” of progressive environmentalism, goes so far as to reject the Green Revolution as a vestige of corrupt global capitalism. She dismisses it as a symbol of the failure of 20th century science technology and of the ‘rational’ Enlightenment agenda itself. Shiva rejects the use of synthetic fertilizers and pesticides altogether, criticizes agricultural biotechnology as an “assault on nature,” and promotes a return to small-scale farming, early 20th century farming even if it means a radical reduction in yields and lower incomes for farmers (Genetic Literacy Project 2019).

By-and-large the arguments these biotechnology critics advance bewilder many scientists, farmers, and independent journalists because they do not address scientific risk or compare costs and benefits and they deify a prosperous “pastoral” farming past that never existed. Subtlety and nuance are not the currency of modern science journalism and advocacy lobbying.

An unwillingness to recognize, let alone embrace, what might be called “innovation with reasonable risk” is not a new phenomenon, as proponents of the telephone, automobile, and computers can attest to. Past critics share the common mistake of exaggerating the disruptions that accompany all innovation and under-appreciating the prosperity often ushered in by disruptive, paradigm-shifting innovation (Juma 2016). This brings us, chronologically, to circa today.

It is desultory enough to see simplistic criticisms associated with an influential environmental organization; what makes this kind of statement so telling is that its perspective is mainstream among many ‘progressive’ groups throughout Europe, North America, and elsewhere. This technological pessimism is reflected in the tone and substance of mainstream media reporting of modern agriculture.

Biotechnology is shaping up as the fundamental building block of innovation in the 2020s. CRISPR and other biotechnology tools are poised to make a tremendous impact on medicine, with gene editing and gene therapy promoting the development of new treatments and cures. As with any new technology, scientists need to apply the technology to confirm its safe use, with regulatory scientists conducting risk assessments that confirm the resulting products are no riskier than existing products. But the most immediate impact of the gene editing revolution is on food and farming and it is already ushering in an era of more sustainable agriculture.

Challenging the popular narrative in journalism, which has helped shape consumer beliefs, organic, agro-ecological, and regenerative farming techniques may not be the most sustainable approach to feeding a population expanding planet with the smallest ecological footprint while addressing climate-related agricultural challenges.

“Contrary to widespread consumer belief,” writes plant pathologist Dr. Steve Savage, “organic farming is not the best way to farm from an environmental point of view. There are now several cutting-edge agricultural practices which are good for the environment, but difficult or impossible for organic farmers to implement within the constraints of their pre-scientific rules” (Savage 2013).

This is a non-exhaustive list of the myriad of sustainability benefits ushered in by biotechnological innovation. But these ecologically advanced agricultural products are sparsely reported on by the most influential media sources and face ideological attacks from many nominally mainstream environmental organizations, including Greenpeace, Friends of the Earth, ETC Group, Third World Network, Center for Food Safety, Organic Consumers Association, and the Environmental Working Group—all of which reject the scientific consensus that gene editing, as well as transgenic breeding, are both efficacious and safe.

Rather, these and similar nongovernmental organizations (NGOs) often focus their analysis on the theoretically abstract, however unlikely, unintended consequences these new technologies may (or may not) encourage while ignoring the sustainability benefits that are already being delivered. This is more commonly known as speculative science, where there is no agreed upon theory and no corroborating data.

Calyxt. 2020. One oil for all of your formulation needs, https://calyxt.com/products/high-oleicsoybean-oil/

Sale, K. 1996. Rebels Against the Future: The Luddites and Their War on the Industrial Revolution: Lessons for the Computer Age. Perseus Publishing, Cambridge, Massachusetts

Savage, S. 2013. Six reasons organic is NOT the most environmentally friendly way to farm, https://appliedmythology.blogspot.com/2013/04/six-reasons-organic-is-not-most.html

Wadwha, V. 2014. Why we should believe the dreamers and not the experts. Washington Post, 31 July 2014, www.washingtonpost.com/news/innovations/wp/2014/07/31/why-we-should-believe-the-dreamers-and-not-the-experts/

This article is part of a commentary paper by the Council for Agricultural Science and Technology (CAST). The commentary paper, The Importance of Communicating Empirically Based Science for Society, is available to download for free here. Read a summary of the paper here.

In a free webinar running from 1:00-2:00 PM EST on Tuesday, September 22, Professor Stuart Smyth is joined by GLP’s Jon Entine and three distinguished science communication specialists to review CAST’s new commentary. It will be followed by Q&A with the panel of task force authors.

Jon Entine is founder and executive director of the Genetic Literacy Project. Jon is also known for his research and writings on corporate social responsibility and environmental sustainability, and was US editor for 15 years of the UK-based publication Ethical Corporation. Follow him on Twitter @JonEntine