More than 25 years have passed since the first biotech crops were introduced. Since then, genetically modified crops using biotechnology not only transformed agriculture as well as improved the lives of farmers and rural communities, but also helped improve the health of the planet.
…

Over the past 25 years, biotech crops, especially those that are resistant to insects, have reduced the amount of pesticides used by 619 million kg, equivalent to an 8.1% reduction in total pesticide use. 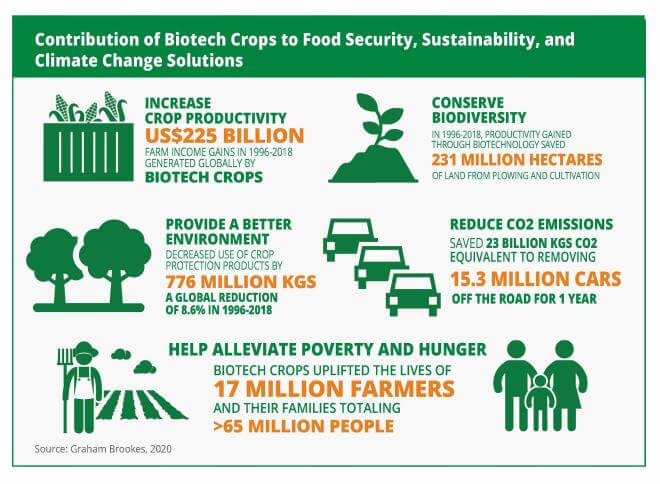 The use of biotech crops allows for no-till cultivation, and CO2 is better retained in the soil. In 2018 alone, the benefits to the environment are equivalent to 13.6 million cars being removed from the streets.

In addition, thanks to improved control of weeds and pests, biotech crops have enabled farmers to cultivate an additional 405 million tons of maize since it was planted.

[Editor’s note: This article was originally published in Vietnamese and has been translated and edited for clarity.]