This article or excerpt is included in the GLP’s daily curated selection of ideologically diverse news, opinion and analysis of biotechnology innovation.
Across Africa, farmers and governments are struggling to feed growing populations. Ongoing and deadly locusts and Fall Armyworm infestations, cancer-causing mycotoxins, crop diseases and adverse weather all threaten starvation for millions. At the same time, agricultural technologies that can help improve yields, protect the natural environment and feed hungry millions are being undermined by intentionally deceptive anti-technology campaigns. Campaigns funded by rich foundations hyping utopian visions of organic peasant agriculture and European government-funded non-governmental organizations (NGOs) are seeking control of Africa’s food and agriculture.

These well-funded foundations, European government aid programs, and NGOs want to shut down African debates over the future of agricultural technology. Cloaking themselves in the woke environmental and pro-peasant farmer rhetoric of the organic-only agroecology movement, groups like the Alliance for Food Sovereignty in Africa (ASFA) and the anti-trade and anti-technology movement La Via Campesina work overtime to keep African farmers from using safe pesticides, fertilizers, hybrid seeds, and genetically modified crops (GMOs) and other advanced agricultural tools. It’s a radical agenda that is the face of a “green” neo-colonialism. 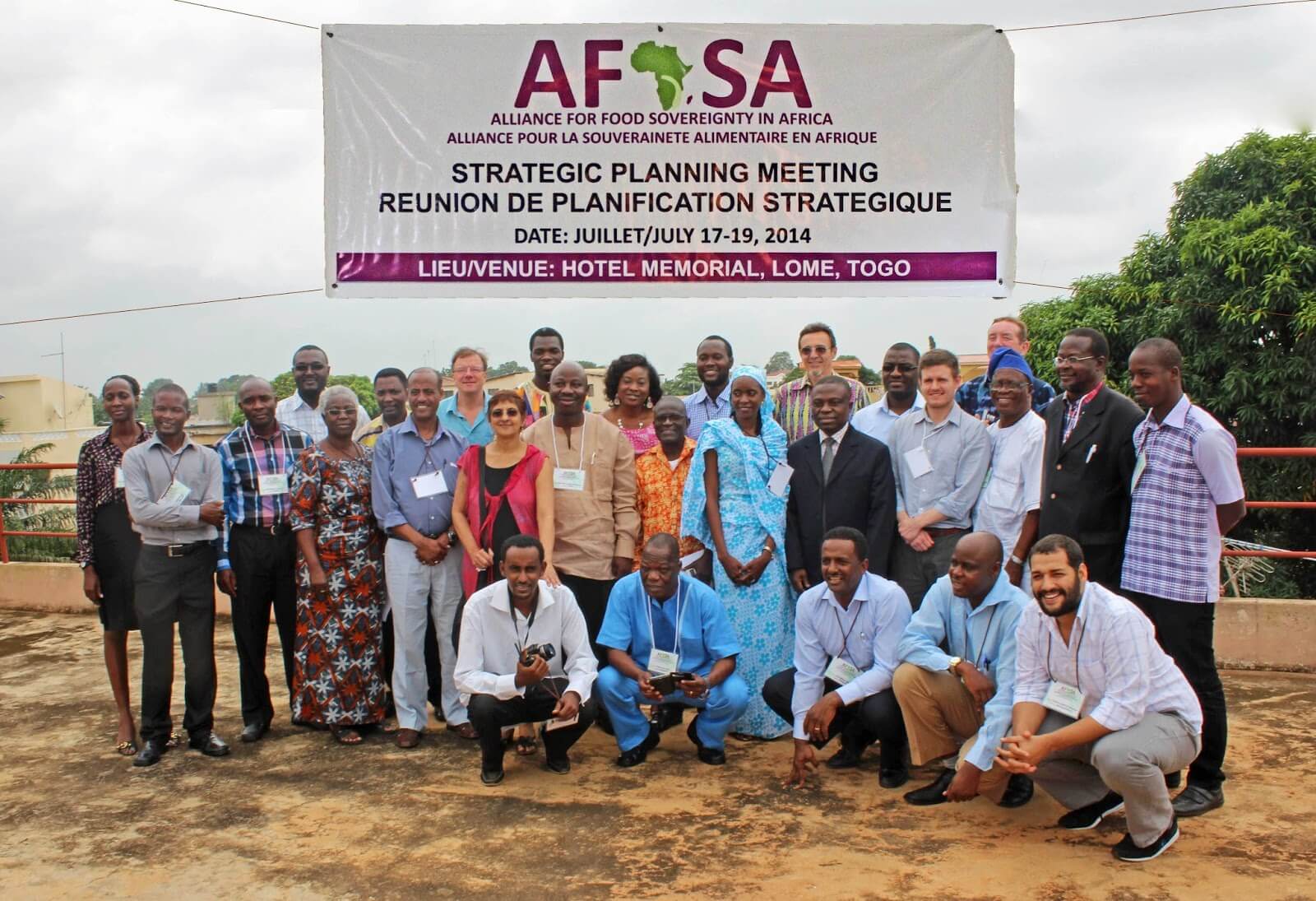 Indeed, an army of internationally-funded NGOs claiming FAO’s imprimatur and support have descended on Africa. They’re working hard to stop 21st Century agricultural technologies such as genetically modified crops (GMOs) and advanced seed varieties, modern and safe pesticides and fertilizers. In its place, they advocate agroecology, idealizing peasant labor and retrograde subsistence farming. In short, they reject the “Green Revolution’s” successes and dismiss the billions of lives saved from starvation, instead promoting, in the recent words of U.S. FAO ambassador Kip Tom, an “endless cycle of back-breaking labor and low yield production” that today keeps “much of the world in underdevelopment.”

Factions within the FAO have resulted in it sacrificing much of its historic scientific and technical credibility in supporting this dubious cause. According to Tom, the FAO has become “increasingly politicized, transforming from a science-based development organization into a champion of agrarian “peasant” movements supported by well-funded NGOs that condemn trade as neo-colonialism and equate property rights with oppression”. For example, numerous times in recent years, the FAO has co-sponsored agroecology conferences where science was intentionally distorted and advanced agricultural technologies disingenuously blamed for every conceivable modern health malady – from GMOs causing cancers and safe pesticides causing birth defects and HIV/AIDs.

By hook or by crook, however, dictating what agricultural technologies and practices are available to African farmers is the goal of many international NGOs and foundations. The German-funded NGO Route to Food Initiative (RTFI) is a prime example. In Kenya, RTFI is working with local organic farming advocates to ban more than 160 approved, safe agricultural pesticides. This includes pesticides the FAO calls necessary to controlling ongoing pest infestations. Safe pesticides, for example, that Kenya needs to combat a possible third wave of an already deadly desert locust infestation that has devoured more than 2,400 kilometers of crop and pastureland and put millions at risk of hunger. Pesticides and biotechnology advances such as fungicides and Bt crops are also essential tools for Africans to fight Fall Armyworm and mycotoxin contamination threatening human and farm animal health.

But it is the hidden motives and political goals behind this and other anti-technology campaigns that should be setting off alarm bells across Africa and in developing agricultural economies everywhere.

Take, for instance, ASFA. Funded by numerous rich American foundations and EU charities, ASFA likes to portray itself as the African voice for benign eco- and farmer-friendly agroecology. But ASFA’s initial funding came from the US-based AgroEcology Fund (AEF). AEF is funded, in turn, through the New Venture Fund (NVF) (managed by Arabella Advisors) which helps wealthy American foundations and donors channel money to radical agroecology advocates like ASFA. These funders include the Christensen Fund and the Swift Foundation. Other wealthy American donors like the Rockefeller Brothers Fund and the Schmidt Family Foundation (fueled by hundreds of millions in Google stock) are also pouring money into Africa via the NVF.

ASFA’s campaign and others are intended to deprive African farmers of the latest agricultural technologies and tools. In short, these campaigns owe their very existence to wealthy American foundations. However, insulated by money and disconnected from African realities, the funders of these foundations have never experienced massive crop failure and hunger, never supported a family with back breaking farm labor nor experienced the destructive, deadly power of pest infestations, pandemic plant disease and catastrophic drought. Still, they drape themselves in the mantle of crusading white-knights riding to save Africans they believe are incapable of judging the science and technologies of modern agriculture on their own.

Whether this reflects naivety, the arrogance of plenty or some deeper, perverse belief that merciless hard labor, economic deprivation and the constant threat of crop failure and starvation is somehow good for African farmers and people is an open question.

In addition to the interconnected American-funded foundations and charities maneuvering to dictate the future of African agricultural and food security policies, EU-based NGOs and Foundations are also elbowing their way into the debates over the future of African agriculture. The Heinrich Boll foundation (HBF), for one, supports RTFI’s activities in Kenya. HBF is directly funded by the German Green Party (and thus German taxpayers). HBF’s various missions and projects around Europe and the world reflect that party’s particular political agenda and its agricultural and environmental program. When it comes to Kenya, this means imposing European-style organic agriculture and opposing proven and safe technologies like modern pesticides and GMOs and opposing efficient (“industrial”) farming practices.

HFB’s efforts in Africa, such as its supporting RTFI and other NGOs, must be seen as part of an ongoing effort to promote the German Green Party’s dubious domestic and EU agriculture agenda. In Europe, this agenda seeks to impose a sort of 19th Century (or earlier) organic agriculture with its backbreaking manual labor, small yield production and the ever constant threat of famines and starvation.

In an effort, perhaps, to make this retrograde, inefficient and potentially high cost agriculture economically feasible for German and European farmers, competition from high yield, high efficiency, low-labor farming must be limited. For Africa, that means working to suppress the advancement of modern agriculture and perpetually relegating farmers to low yield, ecologically invasive, labor intensive farming and limiting – through EU rules limiting pesticide residue and GMO content — what farmers grow and can be export to the EU.

In short, it is a vision for Africa’s food future that serves European needs and lives by European rules. Between that and American foundations seeking to impose their privileged, dreamy views of agriculture divorced from science and real-world conditions, Africa’s farmers and governments should beware. Activist NGOs and foundations must be more transparent and African governments must do more to put farmers and African self-sufficiency and food security first and foremost.

James Njoroge was born in Kenya and is currently a communications consultant based in Seattle, Washington. He has a Master of Arts in Communication from Wichita State University and a Masters of Science in Human Centered Design & Engineering from the University of Washington.