The startling announcement by He Jiankui [two years] ago that he had created the first genetically modified human beings unleashed a torrent of criticism. It also brought to the surface common misunderstandings — even among scientists and ethicists — that reproductive uses of this genome-modifying tool have therapeutic value, will treat people with genetic disorders, will save lives, and will eradicate disease. None of those are true.

The twin girls that He helped create are publicly known as Lulu and Nana. Their father is HIV-positive. The scientist said he used CRISPR-Cas9 genome editing technology to disable a gene called CCR5 to mimic a naturally occurring gene deletion that appears to confer immunity against HIV.

A major criticism from the scientific community, which has otherwise been generally supportive of advancing gene technologies, was that He did not use the technology to address a serious medical need. That criterion stems from a 2017 report by the U.S. National Academy of Sciences and the National Academy of Medicine recommending that, once the technology is ready and safe, genetic modification of embryos could be allowed when there is a “serious disease or condition” to be addressed and no “reasonable alternatives” exist.

This scientific criticism of He’s experiment was on target: Although HIV infection is a serious disease, there are proven ways to prevent transmission of the virus from an infected father to his offspring, and later in life to prevent or treat the infection.

As I argued recently in the journal Bioethics, that claim for rCRISPR is mistaken and misleading. rCRISPR does not save lives or cure diseases that would otherwise exist. It merely aids in creating a person without a particular genetic disease who would otherwise not exist. The value here in creating healthy people — as opposed to healing people who would otherwise be sick — is nominal to none. If you are a genetically healthy person, you have a high chance of creating a healthy person right now. But nobody thinks you have an urgent moral reason to do so.

Let me be clear: I believe there are applications of CRISPR that do correctly purport to cure diseases in people who would otherwise have them. CRISPR-based gene therapies known as somatic applications, which are used in the bodies of people who have genetic diseases, have great curative potential. These aren’t the target of my critique. In fact, it would be much better if we invested the money spent on reproductive CRISPR applications on somatic ones instead.

Here’s why I say that using rCRISPR to modify eggs, sperm, and embryos does not cure disease.

Imagine an individual or couple at high risk for creating a child with a serious genetic disease. They have the following simplified range of options:

The existence of option C undermines the claim that rCRISPR applications are lifesaving or curative. If the prospective parent did not have option B available to them, option A would not inevitably happen, meaning they would not inevitably have a sick child. Individuals have a choice in the matter of creating children at high risk of genetic disease: They can choose option C.

Here is a different way of seeing the point that rCRISPR is not morally urgent because it does not involve a child whose existence, or illness, is inevitable. Compare the following scenarios: A doctor creates a cure for a serious and debilitating disease and administers it to a seriously sick child, thus healing her. This doctor saved a life, a morally commendable action. Now imagine that the doctor first injected the disease into the child that he cured. Now his action in its totality could hardly be called curative, for he first created the harm. His seemingly heroic act of healing now has dubious moral value.

This is similar to what occurs with rCRISPR. A clinician first creates an embryo with genetic defects, and then “rescues” it using rCRISPR. Calling this a cure or a therapy is a nonstandard use of those concepts, one that warrants a distinction from standard cures that save lives and prevent otherwise probable harms. 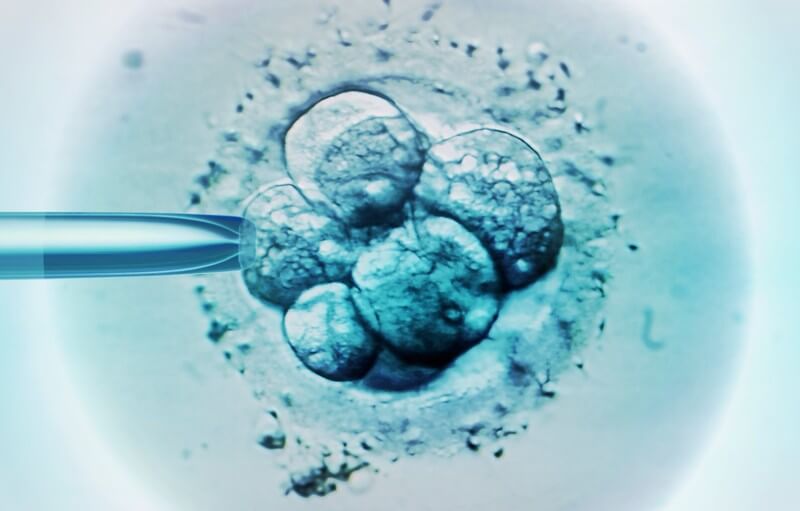 The analogy shows that an otherwise good act or cure can have its moral value undermined if it is part of a greater act that caused the disease in the first place.

Saying that people at risk for passing on serious genetic disease to their offspring can simply not have genetic children at all may seem harsh. But there are several options available to such individuals for becoming parents. They could adopt a child, an often-overlooked opportunity to become a parent that also helps an existing child in need of a family. They could use the egg or sperm of a healthy donor to create a child. Both of these options are expensive, but not more so than rCRISPR.

Reproductive applications of CRISPR simply cannot meet the criteria laid out by the U.S. national academies. They will not address a serious condition, because rCRISPR is used in the creation of a person who does not have to exist at all. Nonexistence is no condition, and thus not a serious one.

The real value of rCRISPR is not to the individual who is created but to the people who choose to use it to create a child. It helps individuals achieve their reproductive preferences by having genetically related children free of genetic diseases. But this preference, although perhaps deeply held by many, is not a medical need or an urgent one. And pre-implantation genetic diagnosis already enables people to meet this preference.

We should object to the investment of precious medical resources in bringing rCRISPR to market when there are serious and urgent medical needs that could be met elsewhere, including investing in somatic gene therapies that actually treat diseases.

Tina Rulli, Ph.D., is an assistant professor of philosophy at the University of California, Davis, and a member of the UC Davis Ethics Commons.

A version of this article was originally posted at STAT News and has been reposted here with permission. STAT News can be found on Twitter @statnews