This article or excerpt is included in the GLP’s daily curated selection of ideologically diverse news, opinion and analysis of biotechnology innovation.
Bits of human brain growing in a lab dish can reveal a great deal about how a disease begins and unfolds. But because the brain is also the seat of our consciousness and individuality, does disembodying it for science’s sake pose bioethical challenges?

That’s what Stanford Law School researcher Henry (Hank) T. Greely addressed in “Human Brain Surrogates Research: The Onrushing Ethical Dilemma” in the January issue of The American Journal of Bioethics. Will the technology reach a stage at which the brain model is perhaps too close a mimic for comfort?

The issue is front and center now that researchers from Stanford University and the University of California-Los Angeles have conducted extensive genetic analyses of so-called ‘organoids‘ which were grown in experimental dishes for up to 20 months. They found that the artificial brains appear to grow in phases accordance with an internal clock — one that matches the development of real infant brains.

The findings suggest that organoids are able to develop beyond a ‘fetal’ stage, contrary to what had previously been assumed. Brain organoids might well be able to be matured to such an extent that they can be used by scientists to investigate dementia and other adult-onset diseases.

A slice of human cerebral cortex, its cells communicating with each other, somehow seems different than growing part of a spleen or bone. Both the National Institutes of Health NIH Brain Initiative and the National Academics of Sciences, Engineering, and Medicine’s Ethical, Legal and Regulatory Issues Associated with Neural Chimeras and Organoids report tackle the issues that human brain surrogates raise.

An organoid grows and develops from cells that specialize into tissues that unfurl, aggregate and fold into organs, following the same instructions in their genomes as they would in their natural space, a body. Especially for an organ as complex as a brain, an organoid better approximates a body part than older technologies, such as cell culture, animal models like mice and chimps, or synthetic stand-ins.

Organoids are coaxed to grow from stem cells bathed in cocktails of protein factors that promote growth and specialization. Growing a brain part is particularly challenging because nerve cells normally don’t divide — that’s where the origin as stem cells comes in.

Genetic Literacy Project covered several types of organoids in 2018: mini-kidneys, bladder balls, tiny tubes of esophagus, the velvety interior lining of a small intestine, eyes and even a Neanderthal’s “mini-brain” that was described at a meeting in 2018 and just recently made headlines with a report in Science.

Four ways to mimic or model a human brain

Humanized animals, such as rodents and pigs with a human gene stitched into their genomes, have been around for decades. The Jackson Lab in Bar Harbor, Maine, develops and provides much of the world’s humanized mice to researchers — their catalog includes mice that harbor human genes for Alzheimer’s disease, ALS, Down syndrome, Huntington disease, Parkinson’s disease, and many more.

What’s new is the use of CRISPR to more easily and precisely humanize mice and other creatures. While conventional transgenic mice have human genes added, CRISPR can replace a gene. CRISPR used on our closest relative — monkeys — provides a powerful model of humanity.

Like humanized mice, the second category of brain mimics, chimeras, also mix components from different species. But a chimera develops from a mixture of cells, not genes.

Chimeras evoke fiction, from the origin in Greek mythology of a lion with a goat head growing from its back and a tail ending in a snake’s head, to Jeff Goldblum’s body accidentally mixing with the body of an insect in the film version of the short story “The Fly. 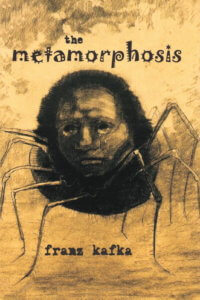 It evokes memories of the opening line of Franz Kafka’s classic novella The Metamorphosis: “As Gregor Samsa awoke one morning from uneasy dreams, he found himself transformed in his bed into a gigantic insect.” In Sleeper, comedian Woody Allen described a chimera that has “the body of a crab and the head of social worker.”

The ancient Hebrews would have been concerned. The Torah reads, “You shall not sow your field with two kinds of seed” (Leviticus 19:19),  and also frowns upon breeding mules. The issue arose more recently in the context of a Jewish patient being allowed to receive a heart valve from a pig. Currently, such ‘mixing’ of parts from different species is not legally prohibited. Laws forbidding the practice, like the Human-Animal Chimera Prohibition Act of 2016, haven’t passed. But in general, Greeley writes, mixing of parts is ethically questionable, and even worse if nerve cells are involved.

But there is a third category, according to Greely. Unlike chimeras, human brain organoids, are fully human. They aren’t exact replicas like those tiny toy spongy organs that you put in a filled sink and watch expand. Instead, the initial stem cells, after taking a few developmental steps to specialize as neural stem cells, circularize into shapes resembling soccer balls.

These neurospheres grow to about the size of tiny peas and consist of a few million neurons each, new cells constantly coming from the stem cell source. That’s compared to the 86 billion or so neurons of a human brain in its normal environment, the cranium.

Then the cells of the neurospheres specialize and interact, building tiny structures that resemble distinctive brain parts — cerebral cortex or hippocampus, for example — and even demonstrate neural activity, like responding to light. Human brain organoids can also be grown inside mouse heads, where neurons from the two species connect.

Ex vivo brain matter comes from corpses or surgical waste, not from stimulating stem cells to bloom into organs. But it’s technically challenging to keep the delicate cells of an actual organ functioning outside a body. In 2019 Yale researchers kept a pig brain alive for 4 hours after slaughter, soaking it in a bloody, sugary soup. The cells metabolized and neurons fired off electrical impulses. So, the pig brain had some signs of life, but not of thinking or consciousness.

Alas, the technology can’t yet help Ted Williams. The baseball hall-of-famer died at age 83 in 2002 and had his head frozen at a Scottsdale cryonics facility, thawing planned for when the technology of awakening consciousness had been invented. That’s still a long way off.

Do disembodied collections of nerve cells deserve the same rights and considerations as a brain that is alive in a person’s body? Does a particular pattern of neurons firing in a smear of tissue in a lab dish indicate pain or anxiety?

Greely thinks not. “In a vat, no one can hear you scream — especially if you don’t have the lungs, vocal cords, and mouth to form a scream,” he writes, borrowing the tagline of the film Alien.

Do the donors of cells that take on new life outside the body have rights that need protecting? The people who provide the skin cells that beget the stem cells that seed a brain organoid? Whose Alzheimer’s mutation ends up in a monkey’s brain? Whose neurons from a removed brain tumor show signs of life for a few extra weeks, zapping each other in a dish? Are these people “human subjects” in the same way that a college student participating in a psychology experiment or a person in a vaccine clinical trial is?

The bigger concerns is what would we do if a non-human animal given bits of human brain starts to show higher-level brain function? Perhaps an unusually self-aware rodent like Mickey or Fievel? Was it a warning that genetic manipulation endowed Caesar, the intelligent and emotional monkey in the Rise of the Planet of the Apes, with his humanity? All fiction, but still. There’s something inherently disturbing about tinkering with the brain.

So far, the state of the science appears to present no serious cause for alarm, but bioethicists warn of the slippery slope that we can’t always envision. Intense human emotions or recapitulating a Neanderthal are unlikely to happen in a lab dish from CRISPRing a single gene or even a few genes, nor from a bunch of cells shocking each other in a piece of glassware.

Those real examples are far from Caesar the humanized monkey or Jeff Goldblum’s merging with a fly, but they highlight our discomfort, if not outright revulsion, with the thought of crossing species barriers in mixing brain material. A line from another Jeff Goldblum film rings true. Said Jurassic Park mathematician Ian Malcolm,

Your scientists were so preoccupied with whether or not they could, they didn’t stop to think if they should.