This article or excerpt is included in the GLP’s daily curated selection of ideologically diverse news, opinion and analysis of biotechnology innovation.
As the second wave of COVID-19 sweeps across Africa, bringing steep increases in infections and deaths, the battle between facts and conspiracies – especially around the safety of COVID vaccines – has also intensified.

For anyone who has worked on crop improvement in Africa over the last three decades, the flood of misinformation around vaccines evokes an eerie sense of déjà vu. It is reminiscent of the aggressively anti Genetically Modified Organism (GMO) campaign that has stalled Africa’s efforts to improve the productivity and nutrition of key crops over the past three decades. Those of us working in the GMO field grossly underestimated the power of the misinformation campaign against it.

The failure to adopt GM crops has had a slow and degenerative effect on Africa, where farmers have not experienced the economic boons enjoyed by their counterparts in other parts of the developing world.

Two of us have deep expertise on GMOs; the third is a medical doctor and academic on the front lines of the fight against COVID in Nigeria. We’re also all involved in science communication and believe there is much to learn from the GMO misinformation campaign in Africa. Our research and experience of seeing misinformation take root suggests there are six key lessons to be drawn here.

Opinions, once formed, are difficult to change. It has been repeatedly demonstrated through experiments that few people change their minds even when confronted with solid facts that contradict their opinions. Most dig in deeper. Through the 1990s, scientists downplayed GMO misinformation spread by activist groups – and skepticism about GMO technologies continued to grow, despite overwhelming evidence on their safety. 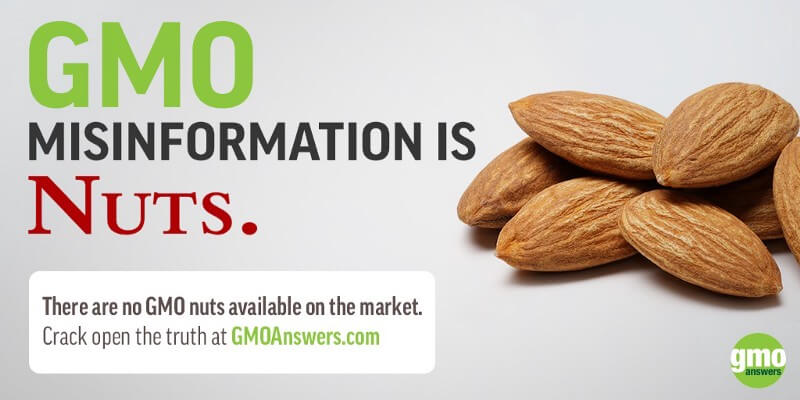 With a new issue like the COVID-19 vaccine, opinions are being formed now. A recent survey of Africans found 79% of respondents would take a COVID-19 vaccine if it were deemed safe and effective. Hesitancy was based mostly on perceptions about trust, importance, safety and efficacy. We need to proactively inoculate against misinformation.

Although farmers in the US grew the first biotech (GMO) crop, a technology bears no passport or national identity. Modern science is a global enterprise, relying on collaboration and diverse views. Yet there is a suspicion of GMOs — and now vaccines — that seems tied to its western origins, a mistrust of multinational corporations and wounds still unhealed from a colonial past of human exploitation.

Recently, trust for GMOs is emerging as national scientists in public agricultural research programs develop homegrown biotech solutions for crops most relevant to the African context — cooking banana, cassava, and cowpea, and staples like maize. Similarly, scientists in Africa are finding local solutions to the COVID-19 pandemic, from low-cost ventilators to home diagnostic kits and vaccine research.

It is crucial to highlight the ingenuity and commitment of Africans advancing the frontiers of science in Africa, for Africa, to neutralise the false narrative that technology and innovation only happens in the west.

3. The messenger is as important as the message

Research shows we are more likely to trust or believe a person if they are similar to us in physical appearance. Unfortunately, white males have communicated much of the science around GMOs and the COVID-19 vaccine. Africa needs its own trusted messengers – men and women who reflect the continent’s diversity.

African scientists should be encouraged to move science beyond peer reviewed journals to engaging the public. They also must harness the power of social media — a platform where anyone can be an “expert,” yet too few bona fide experts invest in sharing science-informed perspectives in a vernacular that resonates with the public.

4. A picture is worth a thousand words

Well-curated pictures and infographics are key to effective message delivery. The purveyors of misinformation have mastered this craft. GMO media coverage, no matter how accurate the text, persistently includes a stock photo of a tomato being injected with a syringe. This image is itself misinformation: there are no GMO tomatoes on the market and GM crops are not developed by injections with syringes.

Similarly, photographs of vials and syringes are widely used in news reports about COVID vaccines, at the risk of provoking trypanophobia, a fear of medical procedures involving injections. The phenomenon is a real one that can significantly influence adults’ decisions to vaccinate. Where is the image that conveys safe, well-tested science as the key to restoring pre-COVID normalcy? Photographs that show key figures, such as politicians, church leaders and celebrities, being vaccinated can go a long way in building confidence among the general population.

The challenge of suppressing misinformation about GMOs has often and aptly been likened to ceaselessly playing whac-a-mole — the 1970s-era arcade game that involved whacking moles with a rubber mallet as they randomly emerged from their holes. Continuously introducing new conspiracy theories — no matter how wild — is an effective strategy for spreading fear about new technologies. Now it’s being repeated with COVID. Efforts must be sustained to confront new and multiple myths as they appear.

6. Focus on the problem

In presenting any new innovation to the public, utility is key. Though the first-generation GM crops — 99% of which are insect-resistant and/or herbicide-tolerant global commodities — provided direct benefits to farmers, they’ve suffered from a lack of perceived utility to consumers. It’s no surprise that the anti-GM movements originated in the US and Europe, where few people farm, rather than in countries like Burkina Faso, where 86% of the population is engaged in the business of producing food. The drive to adopt technology, despite any perceived risk, increases when weighed against the benefits and utility.

In the context of the global pandemic, the decision to embrace a new technology, like a vaccine, is truly a matter of life and death. The focus must be on their utility. Vaccines save lives. They will reduce further economic suffering. They are simply the only pathway to return to our normal lives.

Lives are at stake

Now is the time to attack vaccine misinformation on social media, invest in robust science communication, engage scientists in public discourse, and inoculate the population with both a vaccine and the truth. Lives are at stake.

Dr. Ed Mabaya is a Research Professor at Cornell University and a development practitioner with more than two decades of experience working on development, agribusiness value chains and food security issues with a regional focus on Sub-Saharan Africa. Find Ed on Twitter @EdMabaya

Dr. Ifeanyi McWilliams Nsofor is a graduate of the Liverpool School of Tropical Medicine and Nnamdi Azikiwe University Medical School. He is a Senior New Voices Fellow at the Aspen Institute and a Senior Atlantic Fellow for Health Equity at George Washington University. Find Ifeanyi on Twitter @ekemma

Sarah Evanega is a Research Professor in the Department of Global Development with a joint appointment in the School of Integrative Plant Sciences in the College of Agriculture at Cornell University. Find Sarah on Twitter @Sarah_Evanega