While Africa is currently responsible for a negligible amount of total global greenhouse gas emissions, the continent is under significant threat from climate change.

Environmental science experts predict that changes in precipitation levels is likely to result in temperature extremes and rising sea levels. These issues will have a wide range of direct and indirect impacts on the continent’s agriculture sector. Already, advanced prolonged drought is afflicting a number of semi-arid areas in African countries.

In northeastern Uganda, stretching to western Kenya and Ethiopia where communities are pastoralist as well as growing cereal crops, prolonged drought has been affecting those communities. According to the February 2020 Food Security Early Warning System Agromet Update, total rainfall from October to early February 2019 was well below average across most parts of the continent’s Southern region.

Preliminary analysis suggests that for several southwestern and central areas, the October-to-January rainfall totals have been among the lowest in almost 40 years. The areas include southern Angola, northern Namibia, northern Botswana and Lesotho, much of South Africa, southern Zambia, and central and western Zimbabwe.

According to the update, drought conditions make damage from the seasonal fall armyworm infestation more severe in the area, as well:

A December 2018 report from the International Red Locusts Control Organization (IRLCO) indicated that reports of African Armyworm had been received from Malawi and no other of its member countries had at that time reported outbreaks of either African Fall Armyworm (FAW). More recently, FAW has also been reported in Mozambique, Zambia and Zimbabwe. The dry conditions in southern Mozambique enhance the risk of crop damage from FAW. Since the first sightings of FAW in the region in 2016 outbreaks have been reported in all SADC countries except Lesotho and Mauritius.

In response, scientists are working to address drought conditions. Each country exercises sovereign, regulatory control over agricultural technology, from GMOs to CRISPR. They decide which GMOs can be developed and released to farmers. Because of restrictions on advanced biotechnology-based solutions, governments and farmers rely on pushing the edges of traditional technologies.

Researchers at Uganda’s Makerere University’s College of Agriculture and Environmental Sciences (CAES) have developed an experimental product that uses organic powder called hydrogels—manufactured substances that absorb water and hold it in the form of a gel— to absorb water in sandy soils. That keeps the dry soil wet for a plant’s survival for a longer period of time. By application of hydrogels, farmers are able to cultivate perennial crops, especially tree species, in dry lands.

Vianny Ahimbisibwe, a researcher at Makerere University’s department of forestry, said a study addressed challenges faced by farmers who grow trees in water-stressed land or who want to grow trees in similar areas. In their experiments, researchers tested the seedlings of different tree species in potted sand. They then amended the process with specific measurements of hydrogels to monitor performance after watering for a period of eight weeks.

“We first asked the question as to why certain desert countries are big producers of crops and we realized that it was as a result of using hydrogels to contain water in the soil which can be applied by our farmers in Uganda,” he said.

Their use of super–absorbent hydrogels prolonged plant survival under water-stress conditions. Commercial farmers engaged in tree growing are already applying the technology.

The varieties, commonly referred to as Drought Tego WE 1101, WE 31013, WE 3106 and WE 3109, were bred under a collaborative effort with scientists, farmers, national research organizations and other stakeholders in five countries (Uganda, Kenya, Tanzania, Mozambique and South Africa).

The varieties being grown by farmers in Kenya are UH5354, UH 5355, WE 2114 and WE 2115. This was done under the Water Efficient Maize for Africa (WEMA) using both conventional and GM applications. South African farmers are already growing GM varieties, while farmers in the four other countries are growing conventional hybrid varieties.

In addition to drought tolerance, the maize varieties also address pests and diseases, which include maize lethal necrosis disease, which is spread by maize thrips and leaf beetles. Other diseases are maize streak virus, maize smut which is soil borne, gray leaf spot caused by dew and cloudy conditions, and maize rust which is airborne.

According to NaCRRI’s Asea, farmers can manage the disease by spraying the maize farm with recommended chemicals. The pests attack the maize cob on farms and in storage. Storage pests include Sitophilus spp, Rhizopertha dominica, Pyralid moths and beetles which can be managed through fumigation or proper sorting. The farm pest is the maize stem borer. Under the WEMA project, scientists bred GM maize varieties which are resistant. Another genetically modified crop that have been adopted in Kenya, Nigeria and South Africa is BT herbicide tolerant GM Cotton, resistant against bollworm. In Nigeria, the GM cow pea, resistant against Maruca pest, was developed by scientists and is also being grown by a number of farmers.

Other crops that are being grown by farmers in East Africa in semi-arid areas:

Cassava is a major crop for sub-Saharan Africa, second only to maize, and is now even more valuable because of its drought tolerance. Titus Alicai, former head of root crops at NaCRRI who specializes in Cassava breeding, says cassava takes 9-12 months for the roots to be ready for harvesting. However, since a number of cassava varieties have succumbed to cassava brown streak virus (CBSV), he now advises farmers to plant the Naro Cas1 variety, which is resistant to CBSV.

The yield per hectare is 40 tons if farmers maintain good agronomy practices by ensuring that the farm is weeded often. Other recommended varieties are NASE14, 19 and Naro Cas2, which are high–yielding, can withstand pests and diseases and are rich in food matter.

The Director General of the National Agricultural Semi-Arid Resources Research Institute (NaSARRI) in Eastern Uganda Michael Ugen noted that farmers in this region have various crops to plant during dry season. These include:

Naronut 2T high–yielding Spanish‐type of groundnut produces two seeds per pod and was released in 2019 after a cross cultivar selected from a cross between ICRISAT advanced lines ICGV‐SM 86715 and ICGV‐SM 90704. Scientists developed the variety for farmers to adopt apart from the widely grown cultivar Serenut 4T which matures in 90–100 days.

It has significantly higher pod yields of 1,418 kg per hectare than Serenut 4T which yields 571.9 kg. The ordinary Naro Nut 1 and 2 have a yield rate similar to Naro nut T2 and are resistant to pests and diseases as well as drought tolerant.

Ugen emphasized that his team’s varieties are Narosorg 1-4 which yield 3 tons per hectare and are drought tolerant. Farmers are encouraged to grow them because they have a ready market from brewery industries.

Millet varieties such as Naromill 1-5 are early maturing with yield rate of 2.5 tons per hectare.

Green gram pigeon pea  is becoming a popular crop amongst farmers in Eastern and Northern Uganda as well as western Kenya because it has potential for export. Farmers are encouraged to grow Narogram 1 and 2 varieties which are early maturing and resistant to pests and diseases as well as to drought.

Cow pea in Eastern and Northern Uganda is grown both for leaf consumption as well as seed and the new varieties farmers are advised to plant this season are Naro cowpea 1-6.

Propagation is by seed and varieties differ not only in form of seeds, color and taste but also in growth habit, time of flowering and susceptibility towards pests and diseases. 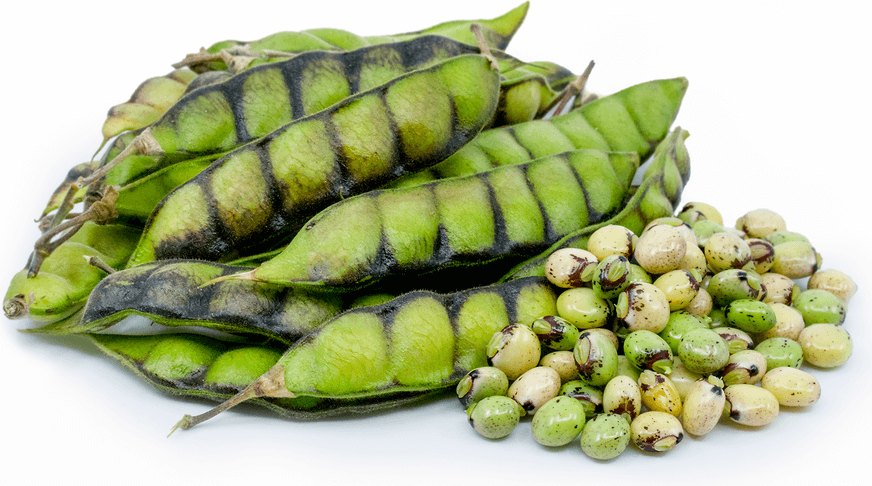 These are some technologies which scientists across the continent developed to adapt to future climate challenges. They urged decision makers in the continent to come up with measures to reduce the negative consequences of climate change in society, particularly to protect vulnerable groups.

A recent World Bank study estimated “it will cost developing countries between US$75 and 100 billion per year to adapt to a temperature change of approximately 2°C by 2050. For Sub-Saharan Africa, estimated annual adaptation costs are US$14-17 billion, corresponding to roughly half the amount of official development assistance provided for all of Africa in 2010.”

For the African continent, this means that any new varieties that resist drought and drought-related disease—regardless of how they are created—are welcome news.

Lominda Afedraru is a freelance science journalist in Uganda who specializes in agriculture, health, environment, climate change and marine science. Follow her on the Daily Monitor, Facebook or Twitter @lominda25

Related article:  Seeking medicine from the plants of Uganda