Live to 150? That’s what some AI algorithms claim is possible. What does the science say?

This article or excerpt is included in the GLP’s daily curated selection of ideologically diverse news, opinion and analysis of biotechnology innovation.
We’re obsessed with aging.

In the quest to prolong life while remaining healthy, people have tried everything from turtle soup to owl meat to drinking human blood.

Russian-French microbiologist and Nobel Prize winner Ilya Mechnikov believed that a person could live 150 years with the help of a steady diet of milk cultured with bacteria. (He died at 71.)

It’s a favorite topic of Hollywood. From Cocoon to Death Becomes Her to Chronos, the quest to extend our limited time on this planet has been a favorite focus of science fiction. Now it’s edging closer to science fact.

A new report in Nature Communications from researchers at artificial intelligence company GERO.AI indeed points to a maximal human lifespan of 150. And they’ve pioneered a metric that might one day pop up on a smartphone to indicate an individual’s state of aging – something more meaningful, in terms of future health, than counting gray hairs or celebrating birthdays.

They call it the “dynamic organism state indicator,” or DOSI score.

For evidence of the pervasive focus on youthfulness, just look to films over the years. Most feature the young, with a smattering of “older people have fun too” plots, like 2003’s Something’s Gotta Give, with crusty Jack Nicholson enjoying the company of his contemporary Diane Keaton.

Even fewer films are brave enough to juxtapose generations with a hint of romance. In 1971’s Harold and Maude, a man in his early twenties befriends a 79-year-old woman. The reverse occurs in Woody’s Allen’s 1979 film Manhattan, in which his character, age 42, dates high-schooler Mariel Hemingway. Both films are disturbing. 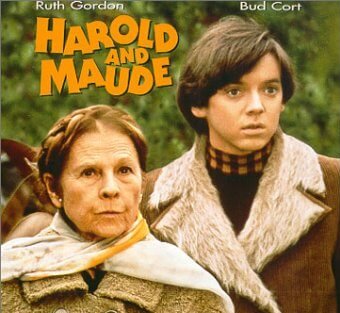 A sci-fi approach turns the tables on aging. In the 1890 novel The Picture of Dorian Gray, by Oscar Wilde, the protagonist, a beautiful man who wishes to stay that way, transfers his signs of aging to a portrait. He remains young. And in 2008’s The Curious Case of Benjamin Button, starring Brad Pitt and based on a short story by F. Scott Fitzergerald, a man ages backwards.

Aging has been reimagined as a loss of resiliency, as opposed to encroaching decrepitude. Stresses that can counter resilience include poor nutrition, not enough sleep, and difficulty recovering from illness or injury.

However we describe aging, it’s enormously complex, a waxing and waning of biochemical activities that drive the biological changes in a living organism over time. But anti-aging products can’t fulfill that promise without a time machine.

The researchers at Gero.AI sought a way to summarize the biochemical changes that accompany experiencing the stresses and sicknesses that come with time. They selected routine blood test results as the source of data to track, because characteristics such as hemoglobin levels and red blood cell counts and sizes reflect metabolism and oxidative stress, which underlie effects of aging felt at the organ and whole-body levels.

Artificial intelligence looks for trends in data from an initial large group, then tests to see if the findings are validated in another group. The Gero.AI researchers tracked blood test data initially in more than half a million people who participate in the UK Biobank or the US National Health and Nutrition Examination Survey (NHANES). Those results led to the DOSI score.

Then the investigators applied the values to a third group, about 1,000 people who’d submitted blood samples to a large diagnostic testing laboratory. The correlations held up; that is, DOSI scores aligned with, and predicted, the ability to recover from stress (resilience) as well as the appearance of chronic diseases such as cancer, heart disease, and diabetes.

An example of using DOSI is to look at groups defined by a risk factor that affects lifespan, such as smoking. Average DOSI scores were about the same between people who’d never smoked and those who’d quit, and both were significantly lower than people who continued smoking. Quitting smoking buys healthy time.

“Every person experiences stress such as getting sick, or not having enough sleep, occasionally during their life. Our work now demonstrates that the rate of recovery from stress factors can be a predictor of lifespan,” said Tim Pyrkov, PhD, head of mHealth R&D at the company.

For now DOSI is just a research tool, not a new anti-aging buzzword, Pyrkov said. He envisions DOSI scores used in studies to address various lifestyle interventions, such as nutritional supplements or an exercise plan. If valuable, the measure may find its way into medical records in the same way as cholesterol levels, he added.

But blood test monitoring is only the start, the proof-of-principle that it’s possible to predict the duration of healthy aging. “Wearable sensor data may be a handy alternative to invasive tests in obtaining a longitudinal set of data to calculate DOSI and resilience,” said Pyrkov. Step counts, heart rate, temperature, oxygen saturation, and blood pressure readings are packed with information.

The research from Gero.AI also predicted the theoretical limit of the human lifespan, an ideal that can only occur in the total absence of stress: 120 to 150 years. Perhaps health care should focus more on sustaining resilience than alleviating chronic disease, Pyrkov suggests.

Deep Longevity claims it can assess “biological age rates,” essentially coming up with it calls an individualized “aging clock.” The company offers Biological Age Reports that reflect data from blood tests, photo-aging (aka wrinkles), behavioral changes, gene expression measures (transcriptome and methylation data), microbiome characteristics, and psychological and heart health. The company gurus then compare age as estimated from this multifaceted input to chronological age, and provide suggestions and “personal coaches” to guide improvement of health and possible life extension.

“Our mission is to extend healthy productive longevity and increase human performance,” states the website.

In a sample of its ‘Biological Age Report’, a hypothetical person appears to be aging ahead of schedule. With that information, the next step might be advice to consult geroprotectors.org, a “database of current therapeutic interventions in aging and age-related disease.” Geroprotectors “integrates information about lifespan-increasing experiments and related compounds, suppression of aging mechanisms, activation of longevity mechanisms and age-related diseases obtained from research papers and databases.”

A “geroprotector” is “any intervention that aims to increase longevity, or that reduces, delays or impedes the onset of age-related pathologies by hampering aging-related processes, repairing damage or modulating stress resistance.” The database lists 259 chemicals that have been shown in experimentsa to extend life. Some are familiar, like aspirin, bacitracin, caffeine, turmeric curcumin, and maltose. But only 3 of the 259 entries reflect reports on people, for glucosamine, magnesium, and lithium. The rest come from work on fruit flies, roundworms, rats, or yeast.

A positive perspective on aging

The assumption behind “life extension” is that living as long as possible is everyone’s goal. I don’t think that’s true. And I suspect it is mostly younger folk who are pioneering and promoting many of these efforts to track aging using signposts of molecular and cellular aging.

One company’s website boasts a crew of thirty-somethings festooned in tee-shirts that read “hacking aging.” But is that possible?

A score that predicts 30 or 40 or 50 years of theoretical good health ahead can’t account for falling victim to gun violence, dying in a war, or being whacked in the head with a flying board during a tornado. It’s an ideal. I can imagine someone glancing down at aging measurements on a smartphone and walking into the path of an oncoming truck.

Another fallacy of trying to slow, stall or reverse time is that getting older isn’t all that bad for many people.

An older person can get into many places or use services for free or at a deep discount, (thank you AARP) may have accumulated some wealth, had a satisfying career, head a family, and most importantly, have insight, knowledge, and perspective that can only accrue with direct experience — not modeling of someone’s ideal of gracefully aging and maintaining a youth appearance.

How can the people in the hacking aging tee shirts possibly evaluate what it is like to be 60? Or 80? To quote from the old Simon and Garfunkel song Old Friends, “How terribly strange to be 70.”

For age creeps up on you. With luck and good genes, you won’t notice that you can’t rise from rummaging through a bottom drawer without the aid of a chiropractor, or the gradual appearance of wrinkles and gray hair, or forgetfulness — not for a long time.