Viewpoint: Seeds of science denialism in Latin America — The most influential anti-crop biotech groups trace their disinformation network to North America and Europe

Earlier in this series on anti-GMO activism in Latin America, we talked about some of the most influential and active NGO activist groups in Latin America that have been strong opponents to biotechnological products and their adoption.

Over the last 25 years, these NGOs have used cultural and political influences, trying to mine every aspect of agro-biotechnology from research and development to regulation, implementation, and adoption of these products in the LATAM region.

In a prior article [International science denial: Top-5 activist groups spreading anti-GMO myths in Latin America], we addressed the plethora of anti-GMO NGOs that originated in Latin America. But many of the most ferocious attacks on future-focused technological innovation in agriculture are not home grown; they are generated by outside groups, particularly international NGOs with networks in major Latin American countries. Their hot bases are mostly in the United States and Europe; some are even funded by European governments. They have a strong and growing presence, leveraging local branches and forging activist coalitions with smaller home-grown NGOs. Here are profiles of four of them. 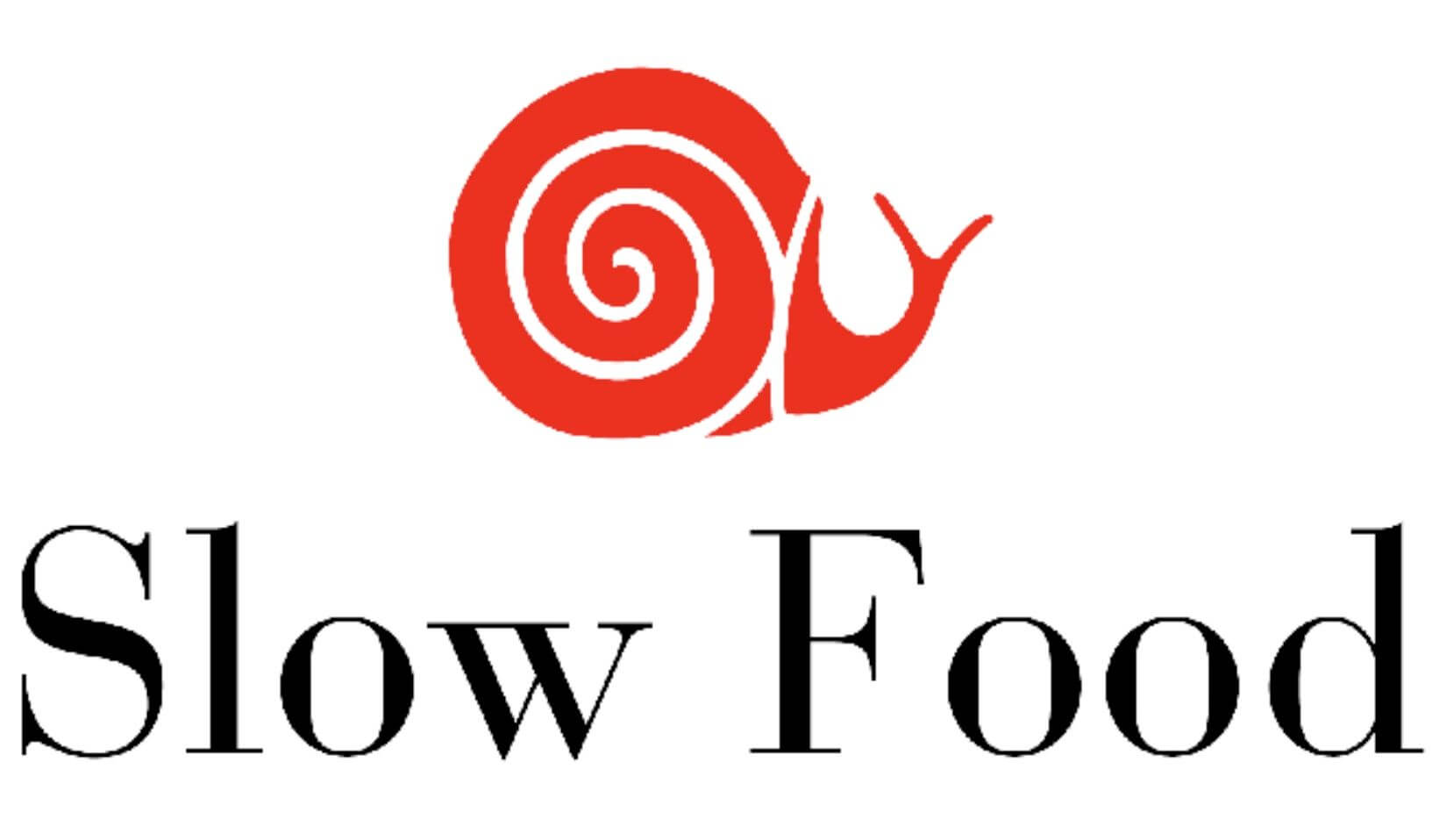 Slow Food is a global grassroots organization founded in 1989 in Turin, Italy, by support from the European Union, Slow Food identifies itself as an organization that defends biodiversity and the right to have access to good, clean, and fair food. They endorse agroecology as the only way to produce food and appeal to cultural values by selling the campaigns against GMOs as a way to protect the way of life of indigenous communities.

They carry out this work by collaborating with other associations, institutions, and a dense network of volunteer activists. Slow Food is established in 65 countries, and together with other European NGOs is working to raise awareness about the legal status of new breeding techniques (NBTs) by presenting how the deregulation of these new products is “a threat of freedom of choice of citizens and farmers”.

In 2019, Slow Food organized a forum named “El florecer de nuestra Tierra” (The flourishing of our Earth), hosted in Peru that was attended by 64 agroecological farmers from Peru and Latin American countries. The forum was created to promote traditional food systems used by indigenous communities, and to communicate the harmful effect of pesticides like glyphosate (which is far less harmful than other pesticides).

In addition, Slow Food created campaigns for Cuba, Colombia, Mexico, Peru, Uruguay, and Bolivia. These campaigns were focused to support traditional indigenous food production systems as symbols of food security and sovereignty, and other initiatives around GMOs, partnering with local NGOs known to be active against the use of GMOs. These include Bolivia Libre de Transgenicos (Bolivia Free of Transgenics), civil-society movements in Brazil to attack the use of pesticides, and a specific campaign to promote a Mexico Libre de Transgenicos (Mexico free of transgenics). The group usually targets farmers, representatives from indigenous communities, young people, and representatives from liked-minded civil-society movements.

Despite  current restrictions due to the COVID-19 pandemic, Slow Food did not stop their activities and campaigns through their South American Slow Food Network (composed of ten countries in the region). They continued working with webinars spreading misinformation about GMO cultivation in the region.

Friends of the Earth Latin America and the Caribbean

Amigos de la Tierra America Latina y Caribe ATALC (Friends of the Earth Latin America and the Caribbean), is a branch of Friends of the Earth (FOE) headquartered in Washington, DC ATALC has launched several campaigns against all applications of biotechnology and recently against the use of synthetic biology.

ATALC brings together several member organizations of Friends of the Earth International, with presence in 14 countries in Latin America and the Caribbean: Mexico, Guatemala, Honduras, El Salvador, Costa Rica, Colombia, Paraguay, Grenada, Uruguay, Argentina, Chile, Curacao, Brazil and Haiti. In Haiti, ATALC partners with other organizations such as La Via Campesina, an NGO that does not believe the western way of agriculture that relies on fertilizers, weed killers, and modified crops beneficial for farmers.

The vast network of associations with national representation from Latin America nations that conform to ATALAC worked as echo chambers from campaigns in the region as well as from the international representatives of FOE. They target indigenous communities, local communities, and women due to their roles in agriculture in Latin America. Their campaigns are not only focused on sharing information from FOE’s worldview but additionally mobilize people to act and influence in the decision-making process in the country. They have been successful doing so in some countries—25 years later, these countries still have restrictions on introducing GMOs into fields.

FOE associations believe agroecology is the only food production system with the capacity to help smallholder farmers in Latin America to face climate change, and that the companies that sell improved seeds are the real danger that jeopardizes the region’s identity and culture.

The branches of ATALC and its national representations highlight food sovereignty, biodiversity, and resistance to the “agro-business model” – the food production system that uses GMOs. They also follow policy discussions. In 2016, when Mexico hosted the COP-13 – UN Biodiversity Conference Meeting from the CBD and the Cartagena Protocol of GMOs Biosafety- Friends of the Earth Mexico created special coverage to this International Meeting. The organization published pieces addressing specific topics that were discussed and served as a source of information for other ATALC members in Latin America. This included the moratorium to gene drives suggested by Friends of the Earth, La Via Campesina, ETC Group and Third World Network, among others.

Additionally, they have been very active in influencing decision-making in  El Salvador, where Friends of the Earth El Salvador is bringing legal assistance to communities to create a project of law focus on agroecology as the main food production system in the country.

Both Greenpeace and the Organic Consumers Association (OCA) have track records of strong campaigns and investments in creating local branches to  work on Latin American nations.  Greenpeace, through Greenpeace international, has offices in Chile, Colombia, Argentina, Brazil, Mexico, and Peru. OCA operates through the Asociación de Consumidores Orgánicos, a regional NGO created in 2015 to increase its influence in Latin America with headquarters in Mexico.

In recent years, these groups have expanded their targeted campaigns from consumers and farmers — mostly from indigenous communities — to policymakers to try to implement bans to GMO crops in the region. To a large degree, their efforts have been working. In Mexico, they are taking advantage of the current government that is seeking to achieve a GMO-free country. Greenpeace Mexico has been following the process reporting actions taken by local administrations —the same strategy it’s used in other countries in the region.

At Greenpeace Mexico we reiterate the urgency of banning GMOs and glyphosate in Mexico to move towards ecological production that preserves biodiversity and Mexican agrobiodiversity forged by peasant hands for millennia, to give us the opportunity to enjoy an environment healthy and an agri-food and nutritional system that is green and fair, that allows Mexican women and men to have a healthy, local, natural diet free of GMOs and pesticides .

For this reason, he indicated that the publication of the presidential decree for the prohibition of transgenics and glyphosate is urgent, to protect the integrity of Mexico as the Center of Origin of corn and numerous crops, including chili, beans, squash, vanilla, cotton, avocado, amaranth, chayote and maguey.

The anti-biotechnology opposition is anything but indigenous; it is mostly led and financed by activists from well-fed countries who are not in the midst of a farming and food crisis. As agricultural economist Robert Paarlberg reported in GM Crops & Food, much of the NGO opposition to GMOs has been lead by European-based organizations, as well as US and Canadian NGOs.

Anti-GMO organizations from rich countries are propping up local counterparts, with money and networking support or simply with disinformation, attempting to block biotechnology innovation at all costs.In essence, international NGOS are exporting their failed anti-science campaigns to developing countries, as some developed countries where they are based (especially the United States) are no longer buying their simplistic anti-science narratives as they readily once did.

It’s dangerously hypocritical: imperialism under the guise of progressivism.  This is imperialism at its worst.

Related article:  Viewpoint: Organic food represents a 'reactionary' ideology that doesn't support health or sustainable farming⁠—and should not be subsidized