Infographics: Biotech crops have benefited more than 65 million people around the world. Here are some of the benefits

This article or excerpt is included in the GLP’s daily curated selection of ideologically diverse news, opinion and analysis of biotechnology innovation. It is posted under Fair Use guidelines.

Since 1996, the global area planted to biotech crops has consistently increased, with significant expansion recorded in developing countries. In 2019, more than 17 million farmers from 29 countries planted 190.4 million hectares of biotech crops. Biotech crops are adopted globally and planted repeatedly by farmers because of their enormous benefits to the environment, human and animal health, and contributions to the improvement of socioeconomic conditions of farmers and the general public.

Through the years, biotech crops helped in increasing the income of small and resource-poor farmers, contributing directly to the poverty alleviation of a large majority (70%) of the world’s poorest people. Biotech crops have contributed to uplifting the economic situation of more than 17 million small farmers and their families totaling >65 million people, who are some of the poorest people in the world. 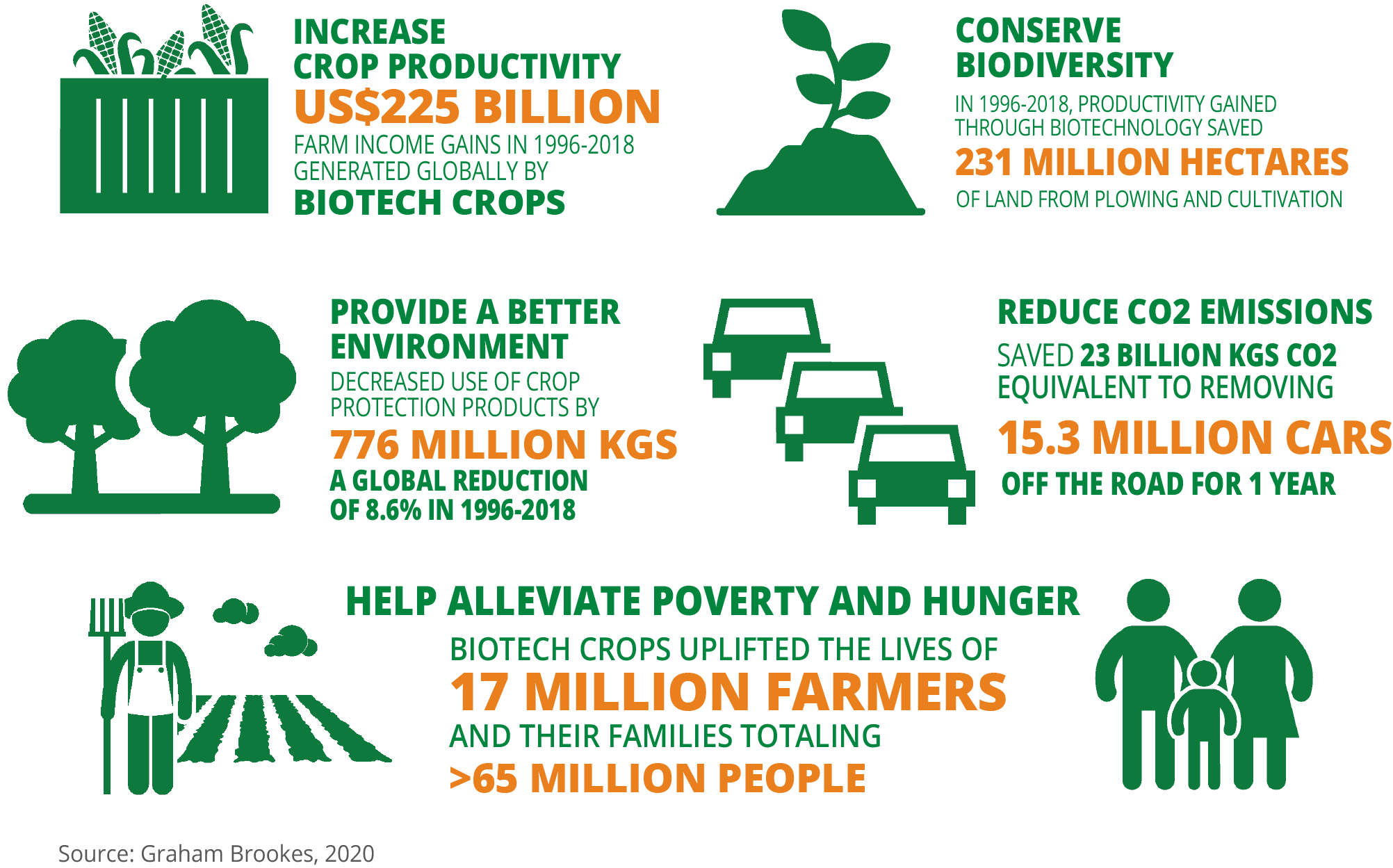 Biotech crops contribute to food, feed, and fiber security and self-sufficiency, including more affordable food, by increasing productivity and economic benefits sustainably at the farmer level. Biotech crops play an important role in increasing productivity per hectare and decreasing the cost of production as a result of the reduced need for inputs. From 1996 to 2018, crop productivity increased by 822 million tons valued at US$224.9 billion, and 86.9 million tons valued at US$18.9 billion in 2018 alone. 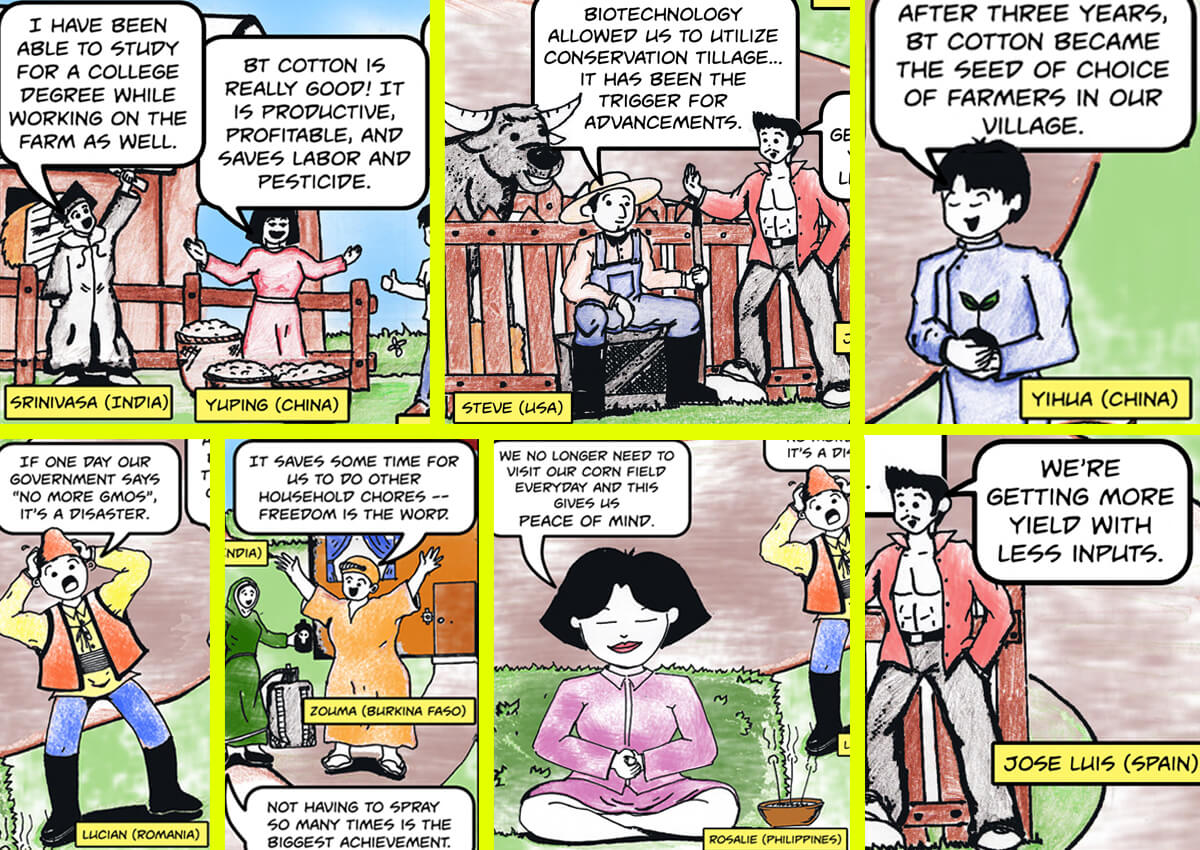 The important and urgent concerns about the environment have implications for biotech crops, which contribute to a reduction of greenhouse gases and help mitigate climate change. The combined permanent and additional savings through sequestration was equivalent to a saving of 23 billion kg of CO2 or removing 15.3 million cars off the road for one year.

Thus, biotech crops can contribute to a “sustainable intensification” strategy favored by many science academies worldwide, which allows productivity and production to be increased on the current 1.5 billion hectares only of global cropland, thereby saving forests and biodiversity. Biotech crops are essential but are not a panacea, and adherence to good farming practices such as rotations and resistance management, are a must for biotech crops as they are for conventional crops.