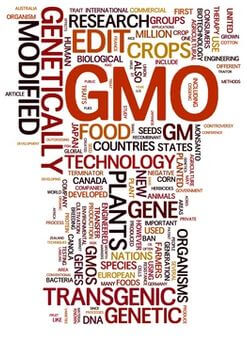 The battle lines are firming in the debate between the mainstream science community and anti-GM activists about the safety and health of GM foods. The latest salvo came from France, where a team led by Greenpeace-funded scientist Gilles-Eric Seralini of the University of Caen said they found that rats fed a diet containing a seed variety made tolerant to the spraying of Monsanto’s Roundup developed tumors died earlier than those on a standard diet. Curiously, and unusually, the researchers refused to pre-release their study to science journalists, so the initial reports presented a varnished version of the results. But within hours, a slew of scientists—almost all with no industry connections and many supportive of labeling of GM foods, savaged the study, as we reported in the Genetic Literacy Project.

“This study appears to be without scientific merit,” said Dr. Martina Newell-McGloughlin, director of the International Biotechnology Program at the University of California/Davis. “The problem here appears to be with the experimental design,” she said. “Whether it was deliberately devised to attain the desired outcome remains to be seen.”

The study claimed that rats fed a steady diet of feed made from biotech corn developed tumors.  In addition, the drinking water of the rats was continuously spiked with glyphosate, the active ingredient in many broad spectrum herbicide products. Glyphosate has a long history of safe use in more than 130 countries around the world and favorable environmental characteristics. It binds tightly to most soils making it unlikely to move to groundwater and degrades over time in soil and natural waters.

Scientists pointed out that numerous studies in the scientific literature attest to the fact that the particular stock of rats used in the study, lab animals known as the “Sprague-Dawley” type, are prone to develop tumors before the age of two. The Seralini study ran for about two years.

Seralini touted the study as the first long-term feeding study ever conducted, but Dr. Newell-McGloughlin pointed out that in fact the results of numerous long-term studies have been published with none of the results claimed by Seralini.

“These studies have been carried out using rats and other animals by scientific researchers from all over the world,” she said. “No unexpected adverse effect has been reported.”

Seralini, the lead author, responded in kind, one sympathetic scientist defended the study and anti-GM groups jumped to Seralini’s defense, demanding that the European Union suspend all similar GM foods and halt all further GMO approvals. French government officials, who are no friends of GM technology, asked the country’s health agency to investigate the findings further and appealed to European authorities to “take all necessary measures to protect human health,” including consideration of an emergency suspension of imports of the maize variety in Europe. The European Food Safety Authority, which previously reviewed similar research by Seralini and found it questionable, said it would examine the new study in detail.