Researchers led by Professor Bruce Fitt, now at the University of Hertfordshire, have used modern DNA techniques on late nineteenth-century potatoes to show how the potato blight may have survived between cropping seasons after the Irish potato famine of the 1840s.

Late blight of potato is caused by the microorganism, Phytophthora infestans, which rapidly destroys the leaves of potato crops and was responsible for the infamous Irish potato famine of the 1840s that left over one million people dead and another one million Irish emigrating. With growing concerns over food shortages and climate change, late blight remains a serious disease problem in current potato production and has also emerged as a significant disease threat to the organic tomato industry. 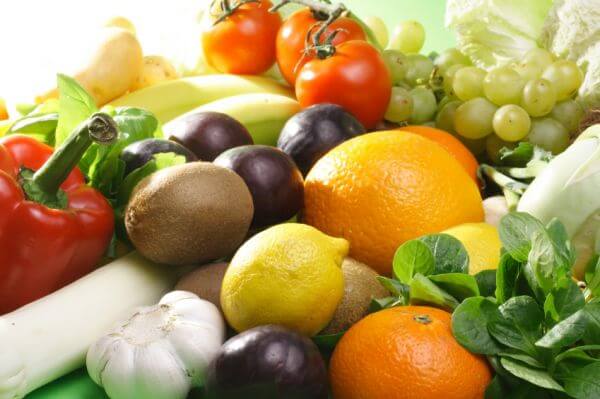 I used to think that nothing rivaled the misinformation spewed by climate change skeptics and spinmeisters.

Then I started paying attention to how anti-GMO campaigners have distorted the science on genetically modified foods. You might be surprised at how successful they’ve been and who has helped them pull it off.

I’ve found that fears are stoked by prominent environmental groups, supposed food-safety watchdogs, and influential food columnists; that dodgy science is laundered by well-respected scholars and propaganda is treated credulously by legendary journalists; and that progressive media outlets, which often decry the scurrilous rhetoric that warps the climate debate, serve up a comparable agitprop when it comes to GMOs.

Plant scientists at ETH Zurich have developed a new African cassava preferred by consumers and farmers that is resistant to the two major virus diseases in Africa. Now they want to test the resistant cassava in Africa.
Cassava is one of the most important crops in tropical countries, particularly in Sub-Saharan Africa. However, plant viruses are threatening cassava production and with it the staple food of hundreds of millions of people. Under the leadership of Wilhelm Gruissem, Professor of Plant Biotechnology and his senior scientist Dr. Hervé Vanderschuren, researchers at ETH Zurich have used gene technology to develop a new cassava variety that is resistant to the feared cassava brown streak virus. The virus infects the edible starchy roots and turns them brown, which makes the roots unpalatable for consumers. The virus originated in East Africa and is threatening to spread to Central and West Africa.

A man who says he’s at least half Native Hawaiian but doesn’t have the records to prove it is suing the state for not accepting DNA test results as evidence of his ancestry.

The Department of Hawaiian Home Lands (DHHL), under the Hawaiian Homes Commission Act, provides government-sponsored homesteads to people who can prove they are at least 50 percent Native Hawaiian.

During embryonic development in humans and other mammals, sperm and egg cells are essentially wiped clean of chemical modifications to DNA called epigenetic marks. They are then held in reserve to await fertilization.

In flowering plants the scenario is dramatically different. Germ cells don’t even appear until the post-embryonic period – sometimes not until many years later. When they do appear, only some epigenetic marks are wiped away; some remain, carried over from prior generations – although until now little was known about how or to what extent. 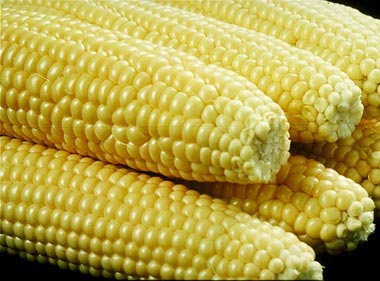 In what can only be described as a hysteria-driven reaction, the Russian government has “temporarily” suspended the import of a Monsanto genetically modified corn variety that was the target of a questionable study published last week claiming the GM maize caused tumors in rats. The action came in response to a request by the anti-GM Russian NGO Rospotrebnadzor.

Recently we learned that Europeans, especially North Europeans, are actually very North Eurasian genetically (see here). Then, last week, scientists studying languages in a similar way to genes discovered deep affinities between Indo-European, Uralic and Altaic languages. Below are a couple of figures from that study, and I have to say they look amazing, because it seems they match my experiments with the ADMIXTURE software in trying to elucidate the peopling of Europe and the origins of the Indo-Europeans.

The headlines on the press releases that started showing up yesterday, here at The Salt certainly got our attention. Just one sample: “BREAKING NEWS: New Study Links Genetically Engineered Food to Tumors.”

The reason for all the excitement was a study published this week in the well-respected journal Food and Chemical Toxicology. The French scientists who conducted the study basically concluded that rats fed a diet of genetically modified corn and small amounts of herbicides got sicker faster than their counterparts eating regular corn and no herbicides.

The debate of whether New Zealand should grow genetically modified crops could be shifting away from the anti-GM stance the country has been in for the past few years.

Gone are the massive protests against the consideration of using GM crops.

Federated Farmers vice president William Rolleston, Ph.D., once said “forbidding the use of genetically modified (GM) products is a crime against humanity.”

View the original article here: New Zealand may reverse its stance on GMOs

In an article this week, Consumer Reports is calling on the Food and Drug Administration to set standards for how much arsenic can be allowed in rice after finding the potential toxin in almost every rice product it tested. At FIU, researchers are working on a new process that could reduce the amount of the contaminant in rice grains.
“Arsenic in rice is a serious health problem,” said Barry P. Rosen, associate dean for basic research and graduate studies at FIU’s Herbert Wertheim College of Medicine.

Scientists announced Sunday that they have finished mapping virtually all of the genetic mutations in breast cancer, an effort that could soon change the way patients are treated and eventually help researchers develop better treatments.

“The catalogue of human breast cancers is nearly complete,” says study co-leader Matthew Ellis of the Washington University School of Medicine in St. Louis. “It’s the breast-cancer equivalent of putting a man or woman on the moon.”

In some ways it’s remarkable that Rachel Carson is still controversial, as we’ve been reminded  by this month’s 50th anniversary of the publication of Silent Spring. A heroine to many in the 1960s, including President John Kennedy, Carson is credited with igniting, or at least profoundly influencing, what we now think of as the modern environmental movement.

Yet the book’s attack on DDT and other pesticides still inspires vigorous counter-assault, especially the compelling claim that the subsequent ban led to deadly malaria epidemics in Africa. Like many environmental crusaders today, Carson was also accused of using what we now call “junk science” to advance her personal agenda.

Prostate cancer is one of the most common cancers in men and early treatment is usually very successful. However, like other cancers, obesity increases the risk of aggressive prostate disease. New research, published in BioMed Central’s open access journal BMC Medicine, finds that the fat surrounding the prostate of overweight or obese men with prostate cancer provides a favorable environment to promote cancer growth.

A Norwegian study of twins expands the role of genetics in the development of a personality disorder, yet cautions that expression of a disorder depends on a combination of genetic and environmental factors. In the study, experts posited that avoidant and dependent personality disorders are characterized by anxious or fearful traits.

The American Medical Association (AMA) released a statement reiterating its position on genetically modified crops. It continues to recognize the conclusions of the 1987 National Academy of Sciences white paper that (a) There is no evidence that unique hazards exist either in the use of rDNA techniques or in the movement of genes between unrelated organisms; (b) The risks associated with the introduction of rDNA-engineered organisms are the same in kind as those associated with the introduction of unmodified organisms and organisms modified by other methods; (c) Assessment of the risk of introducing rDNA-engineered organisms into the environment should be based on the nature of the organism and the environment into which it is introduced, not on the method by which it was produced.

Every time a woman is tested for gene mutations linked to significantly higher rates of breast and ovarian cancer, her blood is sent to a lab in Utah.

That’s because Salt Lake City-based Myriad Genetics Inc. owns the patents to the BRCA 1 and BRCA 2 mutations, giving it control over all research and testing done nationwide. The company charges thousands of dollars for each set of results.

The first detailed maps of genetic activity in the human brain have been published online by scientists. This freely accessible resource shows that the expression of genes across adult human brains is largely similar from one individual to the next, with only a few notable differences.

‘This study demonstrates the value of a global analysis of gene expression throughout the entire brain and has implications for understanding brain function, development, evolution and disease’, said Dr Ed Lein, who was involved in the study carried out at the Allen Institute for Brain Science, Seattle.

The Khoe-San people of southern Africa have been recognised as one of the earliest-formed distinct human genetic groups for several years now, but new research appears to peg them as the earliest split from the main human family tree so far discovered.

While homo sapiens evolved roughly 200,000 years ago, it appears that the Khoe-San people branched off and went their separate way around 100,000 years ago, according to research in the journal Science. That divergence, reports Live Science, comes far earlier than the human migration out of Africa, and also predates the migration into the area of other early human branches such as the Bantu or Pygmies who now live in the surrounding regions.

Whole Foods Market, the upscale seller of organic products and other “natural” foods, has endorsed a California initiative that would require the labeling of genetically engineered food ingredients.

The Austin, Texas, company said it’s backing Proposition 37 on the November ballot “because it has long believed its customers have the right to know how their food is produced.”

That “right to know” is the main argument for the measure, which has strong support from farmers, processors and sellers of organic foods and opposition from biotech companies, grocery manufacturers and the soft drink industry.

The grocery industry contends that genetically engineered foods are healthful and no different nutritionally than organic fruit, vegetables and grains.

Opponents so far have raised about $25 million to fight Proposition 37, while supporters reported $3.5 million as of Sept. 1, according to Maplight.org, a nonpartisan voter information service.

Whole Foods’ endorsement of Proposition 37 came with a couple of strings attached.