The divergent opinions of a West Marin dairy farmer and a Fresno County rancher crystallize the debate over Proposition 37, a highly contentious ballot initiative that would require labeling such food. If it passes, California would become the first state to require a “genetically modified” label on a host of food products — from breakfast cereals to tofu.

View the original article here: In battle over Prop. 37, a tale of two farms – 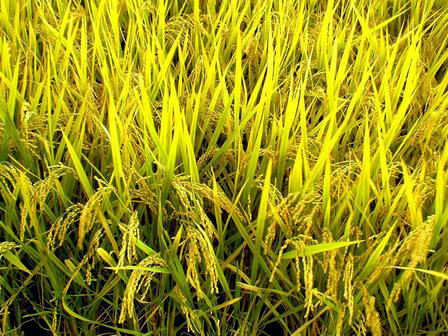 Say what you will about Greenpeace, the organization has always had a flair for publicity. From its early days of dodging harpoons and Japanese whalers in outboard motor boats, it has used media savvy and an aptitude for political theater to become a $360 million-plus per year behemoth with offices in more than 40 countries. But what few members of the public know is that Greenpeace isn’t just about saving whales and other appealing sea creatures. Its PR machine is now spearheading an effort to deny millions of children in the poorest nations the essential nutrients they need to stave off blindness and death.  The targets are new plant varieties collectively called “golden rice.” Rice is a food staple for hundreds of millions, especially in Asia. Although it is an excellent source of calories, it lacks certain micronutrients necessary for a complete diet. In the 1980s and ’90s, German scientists Ingo Potrykus and Peter Beyer developed the “Golden Rice” varieties that are biofortified, or enriched, by genes that produce beta-carotene, the precursor of vitamin A.

There is widespread agreement among scientists that genetically modified plants are not only safe, but also better for the environment than using conventional farming methods, Los Angeles Times reports.

The divergent opinions of a West Marin dairy farmer and a Fresno County rancher crystallize the debate over Proposition 37, a highly contentious ballot initiative that would require labeling such food. If it passes, California would become the first state to require a “genetically modified” label on a host of food products — from breakfast cereals to tofu.

View the original article here: In battle over Prop. 37, a tale of two farms –

The future is upon us, and the genetic testing being done now can reveal the past as much as it illuminates the future. The first wave of LGBT consumers who embraced it did so to find out about their ancestry. But as testing organizations, particularly 23andMe, the largest and most popular DNA analysis service, grow their databases, consumers are learning many more things about their lives, including which medications they’re likely to have reactions to, whether they have the gene thought to confer immunity to HIV, or — soon — if there’s a genetic root to their sexual orientation.

While the similarities between organisms were originally determined by examining physical characteristics from bones to biochemistry, the advent of genome characterization and later sequencing has allowed us to better understand the similarities. One major “ick factor” of genetic engineering is taking genes from one species and adding them to another species. While it sounds strange, we are all wearing the same genes. It’s not something to be afraid of – in fact, as we learn more it becomes more and more amazing.

This blog post and its comments respond idea the human genome is about 8% virus, using this fact as a jumping-off point to examine the gap between geneticists and the public.

Excerpt: “I think on of the chasms between geneticists and the public is that a lot of things that seem creepy and strange to the public are part & parcel of the geneticist’s professional toolkit. For example, to my knowledge no transgenic mice have turned into the Brain. I have friends that order weird mouse varieties, and then do weirder things to them, every week.”

View the original article here: Humans are at least 8% virus

The sequencing of 36 complete Y chromosomes revealed this population explosion occurred 40,000 to 50,000 years ago, between the first expansion of modern humans out of Africa 60,000 to 70,000 ago and the Neolithic expansions of people in several parts of the world starting 10,000 years ago, Britain’s Wellcome Trust Sangster Institute reported.

Earlier this month the Presidential Commission for the Study of Bioethical Issues (the Commission) issued guidelines to address ethical and legal issues that arise as a result of whole genome sequencing. The Commission recognized that current U.S. governance and oversight of genomic data do not fully protect individuals from the risks associated with sharing their whole genome sequence data and information, which sharing is necessary to advance the technology and realize its full potential. This news release condenses the major recommendations from the Commission.

NEW DELHI: The Supreme Court on Monday refused to ban open field trials on genetically modified crops despite a court-appointed expert panel recommending a 10-year halt on them.

MIT-based researcher Rick Young is one of the world’s top molecular biologists. His laboratory at the Whitehead Institute for Biomedical Research has helped define many of the key principles of how gene expression is regulated, especially in stem cells and cancer cells. At this month’s symposium organized by the International Society for Stem Cell Research(ISSCR), Rick presented some very provocative data that is bound to result in controversial discussions about how researchers should assess gene expression.

View the original article here: A Potential Flaw in How the Activity of Genes Is Assessed?

The campaign over Proposition 37 isn’t as simple as it might seem at first glance. On the Nov. 6 ballot, the Genetically Engineered Labeling Initiative would mandate that genetically modified foods be given special labels. Whole Foods Market, the giant health-foods store, originally backed the initiative. But since then it has taken two giant steps backwards from its original support.

A study recently published in PLOS one (Catechol-O-Methyltransferase val158met Polymorphism Predicts Placebo Effect in Irritable Bowel Syndrome) purports to have found a gene variant that correlates strongly with a placebo response in irritable bowel syndrome (IBS). The study is small and preliminary, but the results are interesting and do raise important questions about placebo responses.

Hiding deep inside our bone marrow — the flexible tissue found in the interior of bones — are special cells. They wait patiently for the hour of need, at which point these blood forming stem cells can proliferate and differentiate into billions of mature blood cells to help the body cope with infection, for example, or they can turn into extra red blood cells for low oxygen levels at high altitudes. Even in emergencies, however, the body sticks to a long-term plan: It maintains a reserve of undifferentiated stem cells, meaning cells that have not yet expressed signs of their future specific type, for eventual needs and crises.

A law professor believes genetic profiling should be used to identify children who are predisposed to violent criminal behaviors. Law professor Gary Marchant cited several studies in an October Slate Magazine article identifying gene mutations that can be linked with behavioral control problems early in human development. “In grade one or two, you start to see the kids that have problems,” Marchant said.  “Maybe we should be looking at their brains and genes as part of their treatment.” 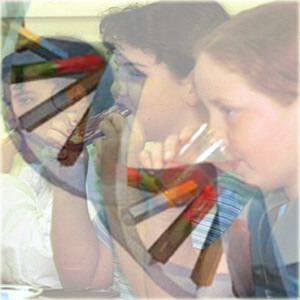 Nearly every cell in the human body contains a complete set of DNA, the operating instructions that influence everything from a person’s hair color to susceptibility to disease. Time magazine presents a comprehensive 5-part series examining what the brave new world of genome sequencing might mean.

The idea of taking a mature cell and removing its identity (nuclear reprogramming) so that it can then become any kind of cell, holds great promise for repairing damaged tissue or replacing bone marrow after chemotherapy. Hot on the heels of his recent Nobel prize Dr John B. Gurdon has published today in BioMed Central’s open access journal Epigenetics & Chromatin research showing that histone H3.3 deposited by the histone-interacting protein HIRA is a key step in reverting nuclei to a pluripotent type, capable of being any one of many cell types.

Evolution, often perceived as a series of random changes, might in fact be driven by a simple and repeated genetic solution to an environmental pressure that a broad range of species happen to share, according to new research. Princeton University research published in the journal Science suggests that knowledge of a species’ genes—and how certain external conditions affect the proteins encoded by those genes—could be used to determine a predictable evolutionary pattern driven by outside factors. Scientists could then pinpoint how the diversity of adaptations seen in the natural world developed even in distantly related animals.
View the original article here: Evolution follows a predictable genetic pattern, Princeton researchers find

Perceiving a grim picture, scientists at the weekend referred to the recommendations of the Technical Expert Committee (TEC) appointed by the Supreme Court as taking the country in the opposite direction, halting the progress required to cater to the growing needs of the country. The TEC was appointed to address certain issues related to agricultural biotechnology in India The scientists also expressed their fears that it could far-reaching impact, denying farmers the benefits of technology and will affect education, training, research and development in this area. The scientists, speaking at a forum organised by the Foundation for Biotechnology Awareness and Education (FBAE), Bangalore, have asked the SC to reject the TEC’s interim report and to constitute a well-balanced committee to re-examine all issues raised in the interim report, in consultation with scientists with hands-on experience in agricultural biotechnology. They also refuted the claims on the safety aspects of GM crops.