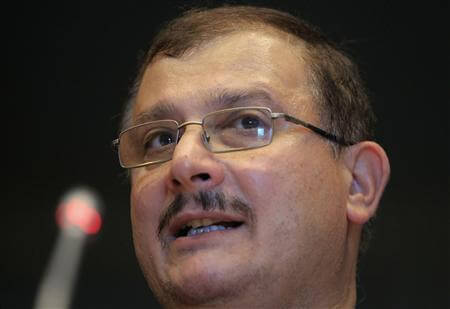 The European Food Safety Authority has weighed in with its assessment of the maize studyby Gilles-Eric Séralini and his research team at France’s University of the Caen, which purportedly showed that rodents fed a strain of genetically modified corn with Monsanto’s Roundup Ready developed tumors, and many died.

Scientists have been almost uniformly critical of the design of the study and the framing of its results, and except for a few activist journalists-apologists, the science press has been in an uproar at the clear attempt by the Seralini research team to manipulate the media coverage when the study was released.

The EFSA is respected for its independence and has no apparent institutionalized bias for or against GM foods. It has encountered Seralini before, however. In 2007, it sharply criticized the quality of Seralini’s research on GM soy, as did Europe’s  independent Public Research and Regulation Initiative (PRRI).

The EFSA noted that the “study has unclear objectives and is inadequately reported in the publication, with many key details of the design, conduct and analysis being omitted.” The EFSA requested access to the raw data—scientists commonly share data so conclusions can be either reaffirmed or discarded as anomalous. “Without such details,” the EFSA wrote, “it is impossible to give weight to the results.” Seralini has refused, claiming he would not release his raw findings until Monsanto is compelled to release its patent-protected research on the NK603 maize strain—a bizarre stance for a scientist. Other scientists have welcomed critical reviews of their GM studies.

The EFSA observed that the Séralini team reached its conclusions based on only 10 rats per treatment, which independent scientists and the agency say is far too few to demonstrate that anything more than chance caused the tumors. In a conclusion in line with almost every mainstream geneticist, the food regulatory oversight agency concluded: “Considering that the study as reported in the Séralini et al. (2012) publication is of inadequate design, analysis and reporting, EFSA finds that it is of insufficient scientific quality for safety assessment.” The EFSA decided not to repen its safety assessment of the GM maize.

Another independent body, the European Federation of Biotechnology, endorsed the EFSA conclusion, which it says are “largely consistent with the observations of a wide number of scientists who reviewed the paper’s findings, soon after its publication.” The group also raised questions about the peer review process that led to the paper’s publication. “This paper represents a dangerous case of failure of the peer-review system, which threatens the credibility not just of the Journal but of the Scientific method overall,” wrote Professor Marc Van Montagu, the president of the EFB.

Predictably, Séralini dismissed the findings, claiming a conflict of interest on the part of EFSA—but also reiterated his refusal to release the raw data for review by any other agency or independent oversight group.