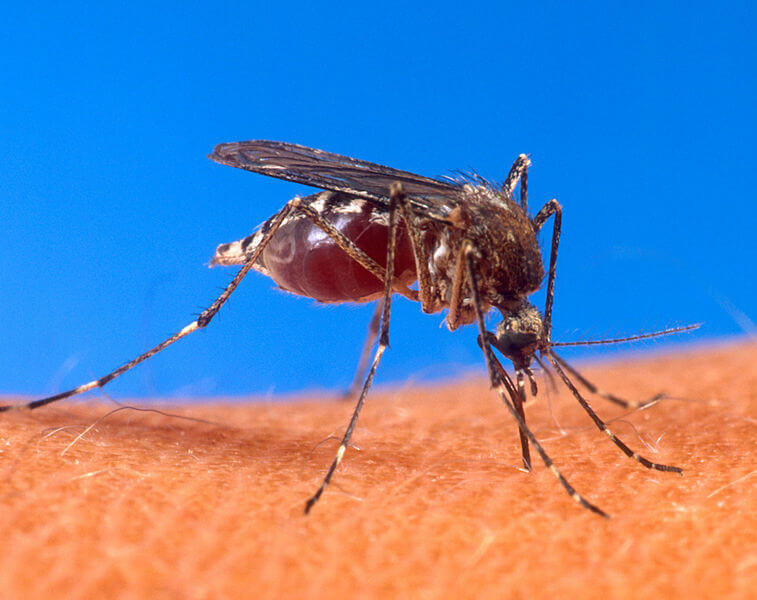 The Food and Drug Administration will soon decide whether or not to allow the release of genetically modified mosquitoes to fight dengue fever in Florida. The issue has caused an uproar among local residents as well as international NGOs, such as Greenpeace, which oppose the use of GMOs at all costs.

If the British biotech company Oxitec gets its way, it will experimentally release thousands of male, non-biting Aedes aegypti mosquitoes in select neighborhoods of Key West. The insects have been genetically engineered to mate with wild female mosquitoes and produce offspring that die before reaching adulthood. By culling the A. aegypti population, the GM insects theoretically lessen the chances that a dengue-carrying bug will bite a human.

Dengue is a painful disease that infects between 50 and 100 million people every year, and kills about 25,000. There’s no vaccine and no treatment. Dengue fever was absent in Florida since 1934, until a 2009 outbreak in Key West left 93 people infected. In 2010, the area saw another 66 confirmed cases of dengue. Some experts think dengue infections will continue to rise in the United States as a result of climate change.

This isn’t the first time scientists have proposed fighting an insect-borne disease using GM mosquitoes, but the Oxitec mosquito does use a new strategy. Previously scientists sought to eradicate malaria—which is transmitted by Plasmodium-infected mosquitoes—by engineering mosquitoes to have an increased immune resistance to the parasite.

A lab at Johns Hopkins University created malaria-resistant mosquitoes by introducing a gene that prevents Plasmodium from developing inside the mosquito.  These transgenic mosquitoes were stronger and fitter than their non-GMO comrades, and the gene quickly increased in frequency within the laboratory populations, writes Ed Yong in the Discover blog network.

Marrelli found that [the GM mosquitoes] were about 25% less likely to die early and had more young, with every female laying an average of 60 eggs compared to the 43 managed by infected individuals. With these advantages, the transgenic mosquitoes outlasted and out-bred normal ones, and quickly established a majority in the population.

A variety of research groups have boosted the mosquito’s malaria resistance by transgenically improving the bug’s immune system. Others have proposed infecting mosquitoes with Wolbachia bacteria, which makes the insects unable to transmit dengue.  By seeding laboratory mosquitoes with Wolbachia and then releasing them into the wild, scientist Scott O’Neill got the bacteria to spread into natural populations, NPR reports: “Over a very short period of time, the Wolbachia was able to invade the wild mosquito population until close to 100 percent of all mosquitoes had the Wolbachia infection — and so we presume, greatly reduced ability to transmit dengue between people.”

What all of these systems have in common is that they gave an advantage to the modified mosquito, and relied upon them outcompeting wild mosquitoes in order to spread. In contrast, Oxitec’s mosquitoes are meant to mate once, prevent female mosquitoes from having viable offspring, and then die. The introduced gene does not confer an advantage to the mosquitoes, and is extremely unlikely to stay in the gene pool past one generation; its ecological impacts should be minimal.

Yet anti-GM mosquito activists are using the same old arguments against the proposal. Writing for Scientific American, Helen Wallace—a former Greenpeace scientist who heads up the anti-GMO group Gene Watch UK—lists a battery of reasons not to use Oxitec’s dengue-fighting mosquito:

An expert report (pdf) to the European Food Safety Authority lists a wide variety of issues that should be addressed prior to the deliberate release of any GM insects. They include the adverse effects associated with the flow of genes into the wild population; the interactions of the GM insect with target and nontarget organisms; the impact on agricultural management practices and on management measures to control insects that are vectors for diseases; and a variety of potential effects on human health. The latter include allergies and irritation; the presence of live female mosquitoes; potential changes in the ability of mosquitoes to transmit disease; and accidental ingestion (including of larvae and eggs). Other issues that have been raised elsewhere include: the potential for viruses to evolve into more virulent forms; the impacts on human immunity and hence cases of disease; whether other species of mosquito (transmitting the same or different diseases) might occupy the ecological niche vacated by a falling population of the target species (pdf); and whether infection with dengue has a protective effect against yellow fever.

Many of these arguments are simply not relevant to the Oxitec mosquito. For instance, the cited virulence study actually states that measures affecting mosquito mortality are less likely to increase disease virulence, compared to GM mosquitoes with increased disease resistance.  The argument that humans could be adversely affected if bitten by an Oxitec mosquito is not backed by science. And the argument that the mosquitoes could disrupt natural ecosystems is misplaced: the Oxitec mosquitoes disrupt natural systems simply by reducing mosquito populations, and few would argue that we should keep mosquitoes around just to maintain the natural order of things—not when people are dying as a result.

This is not to say that the Oxitec mosquito control strategy is flawless. The very fact that the transgene dies out within one generation means that the GM mosquitoes would have to be applied repeatedly, and local governments presumably would have to foot the bill.

The battle between humans and mosquitoes is an arms race, where each side constantly adapts to the others strategies. The insects have evolved resistance to our insecticide sprays, and in response to the bed nets used in some parts of the world, they’ve begun feeding earlier while people are out-and-about. It’s likely females would also adapt to avoid mating with Oxitec’s genetically engineered males, as Ed Yong points out on Slate.com.

But gene technology engineer Mark Q. Benedict says it’s too soon to say which are the best strategies for fighting insect-borne diseases:

GM mosquito technology must be evaluated as a complement to existing control measures. Will it entail the risks that some fear? This should be carefully determined in small trials. Will it be too expensive? That is for those considering it to assess based on experience, their economies and the effects of release. Will it cause environmental damage that can be avoided with other technologies? Let’s find out, one cautious small step at a time and in comparison with all the alternatives. But there is no scientific basis for the assertion that sterile insect technology will get out of control and should not be tested.

On both sides of the debate, people are calling for more testing. And that is exactly what the Key West trial would accomplish.