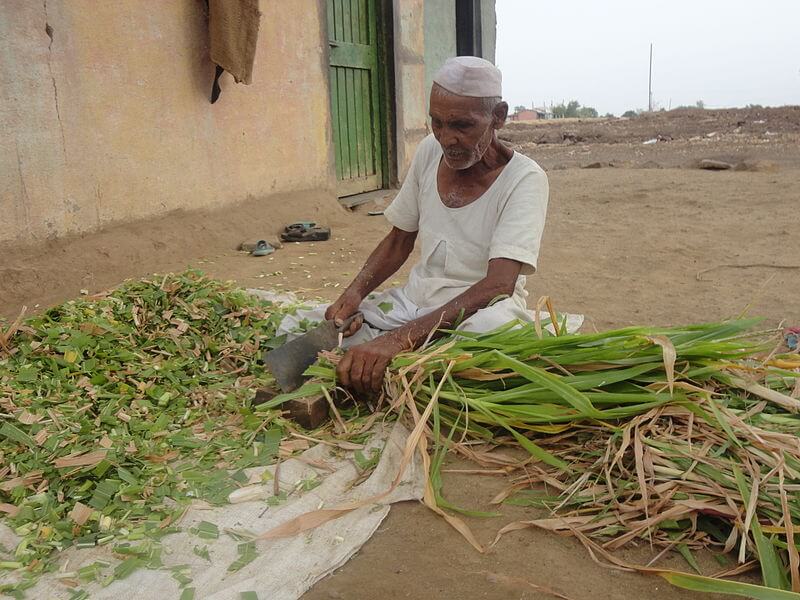 This article was featured as part of the Genetic Literacy Project’s weekly newsletter GeneTrends: Agriculture.

In 2008, Shankara Mandaukar took his own life by drinking a cupful of chemical pesticide, leaving behind marks in the dust from where he had writhed in agony. When the Daily Mail described Mandaukar’s death, the London tabloid claimed that genetically modified crops were behind a wave of suicides sweeping through Indian farmers. It contributed to a huge public outcry that was seized upon by anti-GMO activists and circulated by both the tabloid and mainstream press.

This crusade has been carried on by long time anti-GM campaigner and self-described eco-feminist Vandana Shiva, who has described GM crops as a form of environmental “rape,” claiming that they have promoted a “harvest of death” across India. Although the tragedy is real—approximately 16,000 farmers in India have committed suicide every year since 1995 — placing the blame on GM crops is deceptive.

The “GM genocide” myth was debunked in 2008 with the release of a report from the International Food Policy Research Institute—an organization that “seeks sustainable solutions for ending hunger” by using research to shape policy debates. But the myth is still circulating among anti-GMO factions and major news outlets, including the Huffington Post, Al Jazeera and the venerable New York Times. In an article for the National Post last week, Rubab Abid revisits the facts and laments that the “GM genocide” myth is a narrative that’s hard to break—especially when it makes for such eye-catching headlines.

The GM crop commonly blamed for the suicides is Bt cotton, a strain that is genetically engineered to resist infestation by the devastating bollworm.

The wave of farmer suicides began in 1995, but as Abid points out, Monsanto didn’t begin selling GM cotton seeds in India until 2002.

Like many reporters, the author of the Daily Mail article notes that more than 1000 farmers died each month during the mid-2000s, but he fails to put that number into context: farmers in India actually have lower suicide rates than the Indian population in general. According to the IFPRI, the suicide rate among farmers is around 1.5 per 100,000 people, whereas the overall suicide rate in India is much higher at 10 per 100,000 people.

Meanwhile, the number of farmer suicides have stayed level or may have even decreased.

So although the suicide statistics, taken out of context, may be convenient for anti-GMO campaigners, the accusation is not backed up by the data. In reality, the wave of suicides is a complex problem with no single cause, Raju Das, a developmental studies professor at York University told the National Post.

“Even now, 60 years after the British left, 70% of India’s farmland depends on the monsoon. That means if the monsoon fails and rains fail, there is drought and the government has not invested enough in water irrigation facilities.”

Related article:  Vandana Shiva: "March against Monsanto is a march for freedom"

He said farmers were under many pressures: loss of government subsidies; cheaper foreign imports; the steady privatization of health care; soaring costs of education and an increase in the basic cost of living.

If there is one major cause, it appears to be the crushing debt of farming regardless of what type of seed is used. For the subset of farmers that use GM seed, its price may (or may not) be a contributing factor to their debt load. The promise of higher yields may tempt some Indian farmers to take out loans to buy GM seeds, which may cost up to eight times more than non-Bt seeds. Farmers have taken that risk because the yield generally exceeds the seed cost. However, if the crop fails due to drought or other unpredictable circumstances, the farmer may not get his expected return on that investment.

Farming is always a gamble, and growing a cash crop such as Bt cotton may be a high-risk, high payoff investment. GM seeds are certainly not the only cause of debt for Indian farmers, writes the IFPRI:

Causes of indebtedness include changes in cropping patterns, plant resistance to pesticides and hence increased spending on pesticides, a shift from low-cost food crops to high-cost cash crops, lack of access to institutional credit, and a shift of government policy focus away from agriculture.

But calling this a complex problem influenced by a dozen different sociopolitical and financial factors just doesn’t have the easy ring of “GM genocide” or “harvest of death.” As Chris Bennett writes in the Western Farm Press blog, “The tragedy of Indian farmer suicides can be attributed to a complex host of factors, and consigning blame for the suicides to Monsanto and corporate agriculture is guaranteed to get headlines and cheap applause.”

You can subscribe to any of the Genetic Literacy Project’s newsletters by following this link.