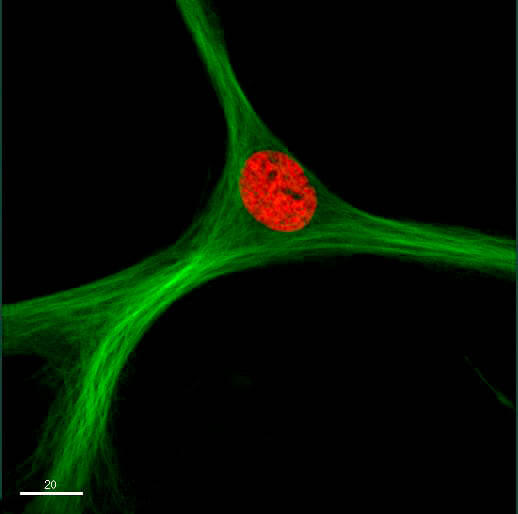 By classifying stem cells as drugs, Food and Drug Administration regulations have prompted Celltex, a Texas-based company that stores and multiplies stem cells, to move to Mexico. Is the FDA being appropriately cautious or strangling a potential U.S.-based industry before it even gets off the ground?

Celltex has had a history of run-ins with the FDA; almost since its foundation in 2011, the company has faced scrutiny for its role in helping doctors administer patients with unproven stem cell treatments. In late 2012, Genetic Literacy Project reported that the company had ceased providing stem cells to doctors after FDA inspectors found 29 “objectionable conditions” in Celltex facilities. Now the company has announced it will move to Mexico, where it will be able to operate outside of the FDA’s jurisdiction.

Stem cell therapies have the potential to treat diseases such as Alzheimer’s, spinal cord injury, heart disease, diabetes and more. But so far the only approved cell-based therapies involve using umbilical cord blood and bone marrow transplants to treat blood disorders such as leukemia. Although many in the media and some fraudulent doctors have hyped stem cells as a miracle cure-all, most of the proposed applications for stem cells are unproven, illegal and sometimes dangerous.

Scientific American’s Ferris Jabr tells the story, for example, of a woman who paid $20,000 for a face-lift that used her own stem cells; doctors later had to remove shards from her eyelid from where the stem cells had differentiated into bone. Others have died or developed tumors as a result of experimental stem cell treatments. “The stem cell infusions that Celltex offers have never been proven safe or effective,” George Daley, director of Harvard’s Stem Cell Transplantation Program, told the Genetic Literacy Project in an email. “Fundamentally, FDA oversight protects patients from being financially ripped off and physically harmed by snake oil salesmen.”

But many of the people who seek out these therapies believe they have a right to use their own stem cells as they see fit. Many are fatally ill, have run out of treatment options and feel they have “nothing to lose” by trying these experimental treatments. Bloomberg Businessweek tells the story of Cecilia Johnson, whose multiple sclerosis caused a rapid deterioration in her nervous tissues. “Six years after her diagnosis, undone by fatigue and pain and often unable to walk, Johnson gave up on conventional medicine,” writes Susan Berfield. Johnson started feeling better after receiving illegal stem cell infusions.

When unaltered, stem cells are a natural biological product. But the FDA argues that companies like Celltex alter the stem cells during the preservation and storage process. That processing means the stem cells can be classified as a drug and therefore subject to FDA regulation. Although Celltex insists that the stem cells it banks are identical to the ones it extracts from each customer, the FDA has essentially told the company that it was illegally marketing an unapproved biological drug and needed a license to continue operating.

In order to get approved, Celltex would need to show that its products are safe and effective. The company had set up trials with their customers, but didn’t think it would be ethical to put some patients on a placebo — especially when the customers were paying $30,000 apiece just to participate in the trial. (That’s an ethical issue in itself…) Anecdotally, many patients have reported being healed by Celltex treatments. But without a double-blind, placebo-controlled clinical trial, those reports are scientifically useless.

“Clinical trial evidence must be gathered by investigators who have no financial stake in the outcome,” says Daley, “because it’s hard to get someone to impartially judge that a treatment doesn’t work if their salary depends on the treatment working.” However, the National Institutes of Health lists several companies that are currently participating in clinical trials for stem cell treatments.

Celltex says it plans to work with the FDA to get their treatments approved. Presumably the move to Mexico will allow them to continue making money in the meantime. (The Mexican equivalent of the FDA is reportedly less strict than the U.S. FDA.)

The relocation is unlikely to deter desperately ill Americans from seeking treatment. Tens of thousands of people already participate in stem cell tourism, wherein they travel to foreign countries and pay huge sums of money to fraudulent doctors, in order to receive unproven stem cell therapies that are not available in the U.S.

Legitimate clinical studies are under way in the U.S. to test the safety and efficacy of stem cells for all sorts of disorders, writes Berfield, including “Alzheimer’s, Crohn’s, Epstein-Barr, lymphoma, diabetes, multiple sclerosis, infertility. Scientists say stem cells could help repair the heart or spine, regenerate cartilage, and improve brain function after a stroke.”

But those life-saving applications, if they become approved, are still decades away from being available in the U.S. Until scientists can determine which therapies are safe and effective, it seems reasonable to question whether businesses should be allowed to market stem cells to consumers.