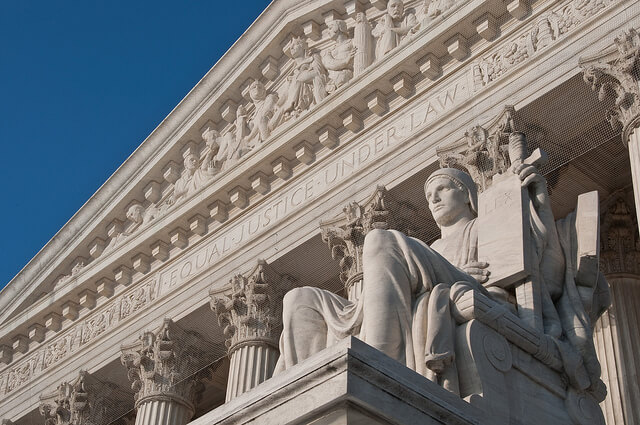 The question of whether genes are patentable will be argued before the Supreme Court on April 15. The Court’s decision in Association for Molecular Pathology v. Myriad Genetics may finally settle a long-standing controversy.

The gene patents in question pertain to BRCA1 and BRCA2. If a woman’s genome carries a mutated copy of one of these two genes, she has a significantly higher risk of developing breast and ovarian cancer. Myriad Genetics claims to own all versions of the naturally-occurring BRCA gene, so the company has a monopoly on services that test for these harmful copies. Critics argue that Myriad’s patents stifle medical research, increase testing costs, and negatively affect patient care. Gene patent proponents, on the other hand, say that the patents encourage innovation and help companies recover the investments needed to develop new diagnostic and treatment tools.

Andrew Torrance, a law professor at the University of Kansas, writes in the SCOTUS blog that the Court is likely to rule against gene patenting on the grounds that human beings are unpatentable, although synthetic DNA sequences may be excluded from this prohibition.

However, Robert Cook-Deegan, Director of Duke University’s Genome Ethics, Law & Policy program, is not so sure. He points out that Judges Lourie and Moore may argue that “the inventors did just the sort of thing that patent law should reward.  DNA does not read out its sequence.  Clever people had to clone and sequence the relevant genes, find some deleterious mutations, and describe DNA molecules that can produce diagnostically useful information.”

The Court’s ruling is likely to have widespread implications for genetic research, patient care and the biotechnology industry.