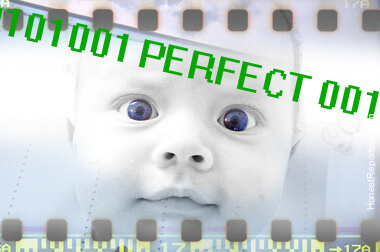 In a blog post for the Huffington Post last week, Stuart Newman—professor of cell biology at New York Medical College—wrote that a new form of genetic therapy, if approved for use in human embryos, “will facilitate a new form of eugenics.”

The technique in question, called mitochondrial replacement, prevents diseases from being passed from mother to child through the DNA of the mother’s mitochondria—the energy harvesting organ of the cell. By swapping out an embryo’s faulty mitochondria with healthy ones from a donor, the technique could prevent the child from developing conditions such as deafness, epilepsy and early dementia.

But Newman insists that the technique couldn’t be properly controlled because of the mess that evolution has made of the human genome.

Organisms differ from machines or computers by being products of evolution rather than design. But complexity that has accumulated over billions of years does not come with blueprints or instruction books, and cannot be reconfigured with predictable outcomes. Although rejection of the realities of evolution is generally considered to be a sign of scientific ignorance, it unfortunately characterizes the thinking of some professional biologists who are strongly influenced by engineering disciplines.

Eugenics has always had a tie-in to Darwinist philosophies–as opposed to the biological theory–which those of that persuasion either deny or get angry about … It is good to see biologist and science writer, Stuart A. Newman, giving purely Darwinian reasons for opposing the manipulation of the human embryo for engineering or transhumanist purposes.