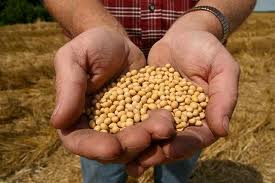 As expected, the Supreme Court ruled that a farmer cannot reproduce patented seeds through planting and harvesting without permission of the patent holder—in this case, Monsanto. The justices, all but stating that Vernon Bowman attempted to steal Monsanto’s seeds, unanimously rejected the Indiana soybean farmer’s argument that Monsanto’s patent “exhausted” when he purchased seeds from a grain elevator to plant on his farm. The ruling affirmed that the act of growing a crop of seeds is “making” those seeds, and is covered under patent law.

It was a narrow ruling that applied only to seed patents and the particulars of this case, but it could have long-term implications for other self-replicating innovative technologies.

The unanimous ruling written by Justice Elena Kagan hinted at the deception at the center of Bowman’s actions and argument:

The exhaustion doctrine does not enable Bowman to make additional patented soybeans without Monsanto’s permission (either express or implied). And that is precisely what Bowman did. He took the soybeans he purchased home; planted them in his fields at the time he thought best; applied glyphosate to kill weeds (as well as any soy plants lacking the Roundup Ready trait); and finally harvested more (many more) beans than he started with. That is how “to ‘make’ a new product,” to use Bowman’s words, when the original product is a seed.

Based on the grilling the justices gave Bowman’s lawyers in February, the ruling was anticipated. Monsanto has invested hundreds of millions of dollars developing the world’s top selling genetically modified seed and was granted patent protection for its investment.

“Why in the world would anybody spend any money to try to improve the seed if as soon as they sold the first one anybody could grow more and have as many of those seeds as they want?” Chief Justice John Roberts had mused during oral arguments.

The seeds are engineered to require the use of less weed killers than used by conventional farmers, who use chemical sprays that can damage crops and reduce yields. It is specifically modified to be used with glyphosate, marketed by Monsanto as Roundup, an herbicide considered less harmful to crops, less environmentally harmful than the range of pesticides used in conventional farming and toxicologically benign.

Bowman v Monsanto revolved around what Bowman contended was a legal loophole in his license agreement with Monsanto: farmers are allowed to sell the second-generation seeds to grain elevators, which, in turn, are permitted to sell a mixture of undifferentiated seeds as “commodity grain.” In other words, he maintained he was legally allowed to buy Monsanto’s seeds cheaper from a grain elevator rather than directly from the company. Monsanto contended that commodity grain is restricted for use as feed, not cultivation, and its use, even as a second year commodity purchase violates the one-time use license agreement.

Bowman’s case fell apart because of a deception at the heart of his argument. Bowman purchased Roundup Ready seeds for one year. The next season, Bowman cleverly (as anti-Monsanto and anti-GMO activists would have it) or deviously (as Monsanto, the biotechnology industry, the US government, many universities, most patent experts and apparently SCOTUS believe) recognized that the commodity soy bean seeds sold by local grain elevators probably contained mostly Roundup Ready seeds. He guessed he could save a bundle at Monsanto’s expense by discontinuing buying the Monsanto version and instead purchasing far less expensive local commodity seeds.

When Bowman treated his second crop with herbicide, he was proved right—most of the plants were resistant. He had effectively circumvented the license restrictions. Monsanto sued him for infringing its Roundup Ready patents by using, without authorization, second-generation seeds embedded with its technology. The company contended and SCOTUS agreed that if Bowman prevailed in this case, farmers could save seeds from one year’s crop to plant the following year, decimating its hard-earned patent rights.

What are the implications of the decision? As Karl Haro von Mogel writes on Biofortified, although the justices stressed this was a narrow decision riding on the specifics of this case, it has broader implications. “Farmers actively create or make seeds when they grow crops,” he notes. “The very readable ruling spent considerable effort to outline the reasons why exhausting a patent after only one generation of growing a crop from genetically engineered seeds would effectively undermine the entire patent concept, and reduce the patent monopoly from twenty years to less than one. Their reasoning was motivated by the directives of Congress on maintaining reliable incentives for the invention of new and useful technologies.”

The Court also rejected an argument advanced by the Center for Food Safety that planting is the natural consequence of seeds, even they are sold by a grain elevator with the intention of being processed into food or other products. CFS had argued in a silly commentary in the Los Angeles Times that a genetically engineered seed developed at an investment of millions of dollars and requiring years of evaluation and testing should be treated as a commodity because they are “natural”—which is a direct contradiction of the propaganda on its website.

As von Mogel notes, “The Center for Food Safety, which filed a brief in support of Bowman, has long argued that genetically engineered crops are not natural, so this apparent change in position brought about by this argument was significant. If the seeds are not natural, then there is no precedent set that the ‘natural and foreseeable use’ of them is for replanting. Therefore, contrary to previous statements, they needed to argue in favor of the naturalness of growing second-generation genetically engineered seeds. The term ‘natural’ was used widely in the brief filed by CFS. SCOUTS soundly rejected Bowman’s position as advanced by CFS.

Bowman himself stands in a peculiarly poor position to assert such a claim. As noted earlier, the commodity soybeans he purchased were intended not for planting, but for consumption. Indeed, Bowman conceded in deposition testimony that he knew of no other farmer who employed beans bought from a grain elevator to grow a new crop. So a non-replicating use of the commodity beans at issue here was not just available, but standard fare.

Of course, the ruling brought immediate howls from anti-biotechnology crusaders and fringe activist groups. Truth Out put America on notice that “According to the US Supreme Court, Monsanto as the right to control our food supply.” The Center for Food Safety, at least so far, has had no response to the ruling.