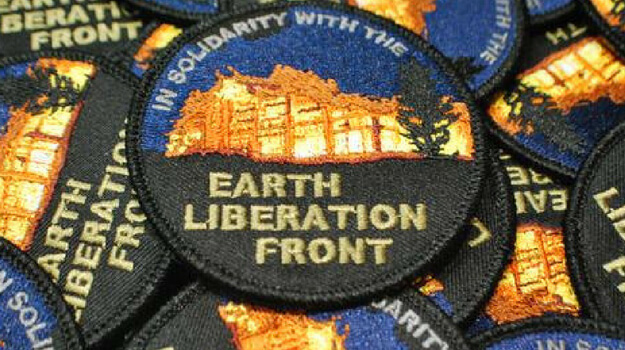 Fueled by a recent onslaught of disinformation and fear-mongering about plant biotechnology – or perhaps by its continuing successes — extremists engaged in acts of eco-terrorism are back after a ten year hiatus.

We are seeing a return to criminal acts of vandalism, which the FBI calls economic sabotage, against research field trials of genetically engineered (GE; also known as “genetically modified,” or GM) crop plants.  Over two nights in June, unknown criminals destroyed two separate research Oregon field trials of GE sugar beets that are resistant to the effects of the herbicide glyphosate.

The term “economic sabotage,” which was first coined and is preferred by eco-terror groups, is too tepid.  This is not like a plumber puncturing the tires on a competitor’s van.  These violent acts are the kind of terrorism that historically has been linked to cells of extreme environmental and animal rights activists with names like Earth First!, Animal Liberation and Earth Liberation Front (ELF).

In 1995, Greenpeace announced that it had “intercepted a package containing rice seed genetically manipulated to produce a toxic insecticide, as it was being exported . . . [and] swapped the genetically manipulated seed with normal rice.”  The rice seeds stolen by Greenpeace had been genetically improved for insect resistance and were en route from the Swiss Federal Institute of Technology in Zurich to the International Rice Research Institute in the Philippines. The seeds were to be tested to confirm that they would grow well under field conditions and produce high yields of rice without requiring the usual levels of chemical pesticide.  In the Philippines and many developing countries in Asia where rice is a staple food, disease- and insect-resistant rice are desperately needed, but that has not dissuaded Greenpeace from its intractable opposition to GE crops – or from criminality.

The theft of the rice seeds was non-violent, but dating back to the mid-1990’s and through the time of the September 11, 2001 attacks, eco-terror acts targeting research on GE plants had become all too common.  The tactic was started by Greenpeace USA when it destroyed an Iowa research crop in 1996.  That was greeted at the time with such public revulsion that the activist group instead decided to focus its efforts on using propaganda and public relations to sow public mistrust of genetic engineering.  However, between 1999 and 2002 extremist groups calling themselves “elves” or “midnight gardeners” took credit for more than 100 “decontaminations” – destruction of GE trees, trashing of fields and greenhouses that contained GE crops (and often, inadvertently, conventional ones as well), and setting off explosive or incendiary devices to destroy crop scientists’ laboratories and offices.

On New Year’s Eve in 1999, for example, arson caused about $1 million in damage to Michigan State University’s architectural landmark Agriculture Hall, damaging offices involved in a project intended to enhance the use and commercialization of crop genetic engineering in developing countries. The Earth Liberation Front, which claimed responsibility for the attack, said that it was “in response to the work being done to force developing nations in Asia, Latin America and Africa to switch from natural crop plants to genetically altered sweet potatoes, corn, bananas, and pineapples.” (The research, under the direction of Professor Catherine Ives, actually was intended to enhance the nutritional value of African staple foods like sweet potatoes.)  A U.S. Attorney in Michigan condemned the act as domestic terrorism.

The combined damage in North America alone from eco-terrorism was estimated by the FBI to exceed $100 million.

These terrorists did not limit their actions to the destruction of property.  They planted pipe bombs, mailed packages booby-trapped with razor blades, and physically assaulted scientists at public events.  By 2001 the FBI had characterized them as the nation’s most active domestic terrorist group.  One ELF member remains at large and on the FBI’s Most Wanted list today.  Following the 9/11 terrorist attacks, these radical domestic acts of violence against agriculture slowed as public tolerance for these crimes wore thin, but the attacks continued overseas with the support of groups like Greenpeace.

In recent years, terrorists have attempted to gain sympathy and “justification” for their actions by means of disinformation campaigns that relentlessly smear the safety and utility of genetic engineering applied to agriculture.  This propaganda has been amplified by the mainstream media and by repeated mendacious claims from organic and “natural product” companies that benefit from these food scares.  “Frankenfood” headlines may sell newspapers and organic food, but this kind of “black marketing” — enhancing the perceived value of your products by disparaging those of your competitors – can also encourage serious criminal acts.

Sometimes, that encouragement is blatant: After the sugar beet vandalism in Oregon, NaturalNews.com trumpeted that “We The People have had enough of being forcibly poisoned by these genetic abominations” and lamented that “freedom fighters who intervene on behalf of humanity [have been] relegated to the ranks of terrorists.”

Activists continue to allege that GE foods are linked to cancer, autism, impotence, birth defects and other diseases, although there is not a shred of credible evidence to support such extravagant, absurd claims.  These specious charges are refuted by decades of peer-reviewed research and real-world experience that demonstrate that these foods are as safe, and in fact, oftensafer than their “conventional,” and especially, their organic counterparts.  In North America alone, we have consumed more than three trillion servings of ingredients from genetically engineered plants, without a single documented tummy ache or zit; and untold billions of pigs, cows and chickens have been fed genetically engineered soy and corn without any adverse effects.

As the Watergate scandal’s shadowy leaker, Deep Throat, advised, “Follow the money.  Always follow the money.”  There exists in this country a vast, well-established, highly professional, protest industry fueled by special interest groups seeking to line their own pockets, with wanton disregard for the public interest.  Anti-genetic engineering campaigns are openly funded and promoted by mainstream organic food marketers like Gary Hirshberg, the chairman of Stonyfield Organic, and alternative health and food-supplement hucksters Joe Mercola and Mike Adams — all cynical fear-profiteers who benefit from increased consumer mistrust in their competitors’ products. Adding fuel to this fire are mainstream media outlets that quickly and uncritically report these claims and stir the social media pot with links and photos on Twitter depicting lurid images of tumorous rats and the like.

The financiers of anti-biotechnology activism are hardly salt-of-the-earth owners of locally owned co-ops sourcing ingredients from small organically farmed plots.   Multi-millionaire Hirshberg’s Stonyfield Organic is owned by French conglomerate Groupe Danone, where he is a corporate officer.  (Groupe Danone had $28 billion in 2012 sales – more than twice that of Monsanto, the company Hirshberg often demonizes as a “mega-corporation”).   And the combined organic food, natural products and alternative health industry backing these GE bans and mandatory labeling campaigns boast annual sales in the hundreds of billions of dollars annually, dwarfing the revenues of the entire combined biotech seed business.

The concerted “eat ours because theirs will give you cancer” marketing campaigns and financial contributions to food fear-mongering activist groups in North America alone is in the billions of dollars per year.  And providing synergy with them are the practitioners of yellow journalism who can be relied on to be among the first to “tweet” or write about the latest spurious the-sky-is-falling claim from their activist and organic industry pals.  The ultimate objective, of course, is to sell more overpriced, overrated organic food.

The result of the widely disseminated disinformation effort is an environment that provides encouragement to extremists who commit criminal acts.  It comes from the Facebook and Twitter followers of the genetic engineering conspiracy theorists, organic marketers and “right to know” labeling activists.

Within hours of the FBI news release about the recent Oregon sugar beet vandalism, for example, activists and promoters of “natural” products and organic agriculture were posting images touting the terrorists’ eco-sabotage.  Many followers of these fear-mongering campaigns – including people who profess to be mainstream, reasonable supporters of a “right to know” which foods are genetically engineered (via mandatory labeling) — piled thousands of “likes” and supportive comments about the news that genetic engineering research had been destroyed.  One of the so-called “Moms against Monsanto” posted, “Great job.  I hope this turns into a trend.”

Against the backdrop of this fear-mongering, hate-speech and support for acts of terror toward legal, highly regulated, safe and societally valuable R&D, we should condemn not only the perpetrators themselves but also their corporate and media enablers.

Remind us again who the “socially responsible” businesses and reasonable voices are in this debate over sustainable food and agriculture and consumers’ freedom to choose.

Jay Byrne is president of v-Fluence Interactive Public Relations, Inc.; he was a senior official at the U.S. Agency for International Development and has worked in agriculture and biotechnology communications for numerous companies, universities and NGOs for more than 15 years.  Henry I. Miller, a physician and molecular biologist, is the Robert Wesson Fellow in Scientific Philosophy and Public Policy at Stanford University’s Hoover Institution and a fellow at the Competitive Enterprise Institute; he was the founding director of the FDA’s Office of Biotechnology.