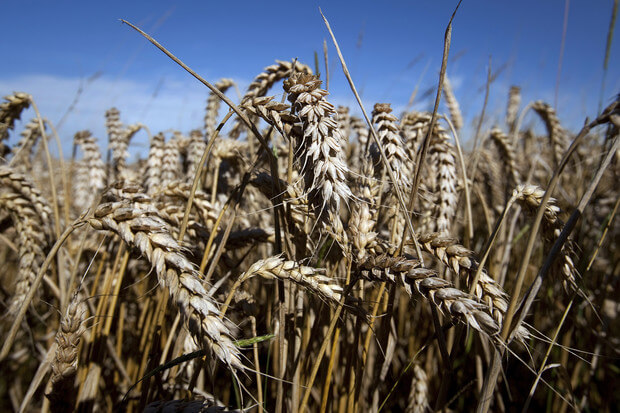 Last week, the USDA announced that genetically engineered wheat was found in a field in Oregon.  Although deemed safe by the FDA, the Monsanto-created, glyphosate tolerant wheat had not been approved for release.

Not surprisingly, news of unapproved, Monsanto-created GE-wheat growing in Oregon has quickly evolved into one of the most heavily covered agricultural biotech stories of the year.

Pouncing on the GE panic button, anti-GE activists declared last week’s report as proof that GE crops are uncontrollable — one site, Natural News, declared it the “beginning of the GE apocalypse.”   Within days of the GE wheat announcement, US wheat exports  — which account for nearly one-fifth of the world’s wheat production —were threatened. Japan has already suspended plans to buy American western-white  wheat and feed wheat.  The European Union said it would begin inspections and will ban any GE-tainted wheat from entering. South Korea, China and the Philippines all have announced concerns about US wheat.

Some of the mainstream media coverage has been similarly panic-driven: Billing it as “rogue wheat,” and portending doom and gloom for US wheat growers, yet burying or entirely omitting the rather important fact that glyphosate tolerant wheat is at least as safe to eat as conventional or organic wheat.  The FDA reviewed the glyphosate tolerant wheat back in 2004 and found it had no food safety risk.

As Ronald Bailey put it in Reason:

“The notion that conventional wheat or organic wheat could be somehow dangerously contaminated by any amount – much less the tiny amount possibly at issue here – of this variety of herbicide resistant wheat is scientific nonsense.”

What’s more, much of the coverage of the Oregon discovery failed to note that the herbicide resistance trait has been incorporated in hundreds of varieties of biotech crops for nearly twenty years with no adverse effects on anybody. Japan, the first country to suspend wheat imports, has been importing soy and corn with the same Monsanto-created glyphosate resistance trait for several years.

But despite all the sloppy, context-less coverage, and the stories that included the all-too- predictable sensational photos of activists demonizing genetic engineering, there has been some solid reporting over the past week. Some outlets that provided balanced coverage of the Oregon discovery include:

And Capital Press, a weekly agricultural trade paper covering the West Coast, includes perhaps the most insightful piece of all — and interview with the Oregon farmer at the center of the controversy that provides insight into the field’s history.

The GLP will continue to carefully track the story and provide updates over the coming week.