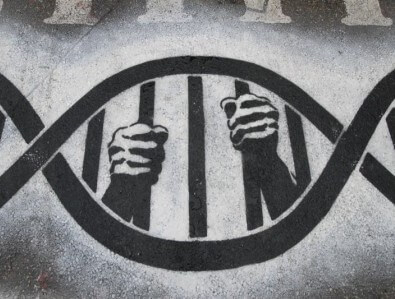 The June 3 Maryland v. King Supreme Court ruling that police can take DNA samples from people who are arrested for serious crimes is still echoing in the chambers of law and public policy.

The post decision debate has focused on the appropriate breadth of the Fourth Amendment, which guards against unreasonable search and seizures. However, the more far-reaching issue is the challenge posed by new technologies—in this case, the use of DNA collection and genetic databases—in our criminal justice system.

The split 5-4 decision does not overturn standard CSI procedures. The federal government and 28 states already authorize versions of what the court has now ruled is acceptable; and law enforcement officials almost unanimously say that DNA collection, like taking fingerprints, is a valuable tool for solving crimes.

“Law enforcement agencies routinely have used scientific advancements in their standard procedures for the identification of arrestees,” Justice Anthony Kennedy wrote for the majority.

The controversy reflects a long running battle between crime-fighting technology and centuries-old privacy rights. What makes this case potentially precedent setting is not that the use of genetic samples in police work, but the rationale for collecting genetic evidence. Under the ruling, a suspect in custody—but still considered innocent under the law—may have his DNA sampled as a suspect in a separate cold case for which DNA evidence is stored in a database.

Critics fall into two categories: pragmatic and ideological. Practically speaking, DNA samples are data intensive. According to the Washington Post, a Department of Justice study has estimated that around 900,000 requests for biological screening, mostly DNA testing, are currently backlogged nationally.

The system is breaking down, says Brandon Garrett, a professor at University of Virginia School of Law. He claims this ruling could backfire, increasing the likelihood of false positives. “As taking more DNA from arrestees has increased, the backlogs have increased at the expense of testing DNA from actual crime scenes,” he said. “A lot of innocent people will have their DNA in these databases. That dilutes the databases and weakens their power.”

Noah Feldman, a Harvard University constitutional lawyer, wrote that it “represents a major step toward a “Gattaca” world. Under the ruling, he maintained, evidence of a crime can be collected without any particular suspicion, avoiding the pesky requirement of a warrant.

Barry Schreck, a key lawyer behind the O.J. Simpson defense and current director of the Innocence Project, also slammed the ruling. In the Simpson defense, he vociferously argued that DNA evidence was unreliable, as he sought on technical grounds to free his client who the evidence strongly suggested was guilty. DNA evidence, he now says, should be used to spring those falsely accused; its use as an investigatory weapon should be sharply curtailed because of its potential for abuse.

The SCOTUS minority agreed with him. The real and unsavory purpose of DNA swabbing, the four justices argued, is to let law enforcement get evidence of crimes for which suspects have not been arrested. That’s a legitimate concern in the abstract. The DNA profiles of minor offenders and those eventually found innocent could be added to criminal databases.

That’s what apparently led Justice Antonin Scalia to histrionically rebuke the majority’s assertion that DNA testing of all arrestees for “serious” crimes is acceptable.

“The Fourth Amendment forbids searching a person for evidence of a crime when there is no basis for believing the person is guilty of the crime or is in possession of incriminating evidence,” he wrote. “That prohibition is categorical and without exception; it lies at the very heart of the Fourth Amendment.”

“[T]aking and analyzing a cheek swab of the arrestee’s DNA is, like fingerprinting and photographing, a legitimate police booking procedure that is reasonable under the Fourth Amendment,” Kennedy wrote for the majority. The five justices say they are modernizing the investigative system and its rules, adapting to advances in technology.

There are also limits in place for how liberally states can apply these evidence-gathering techniques. Maryland law on this matter—which this case revolved around—is actually quite restrictive. It permits post-arrest DNA sampling only for those arrested for “serious” crimes involving violence or burglary. Police are not allowed to put the samples into a database unless and until the suspect has been arraigned. If the defendant is not convicted, the sample is destroyed and the DNA may not be used for any other purpose.

In 2009, Maryland police took Alonzo Jay King Jr. into custody for assault; the DNA sample they collected was not put into a database until after his arraignment. When investigators checked his DNA against this database, it matched a DNA sample from an unsolved rape investigation six years earlier. King went to prison for the rape, but he challenged the Maryland law, and the case eventually made its way to the Supreme Court.

It’s hard to come up with a good argument as to why fingerprinting should be allowed but DNA samples, which are more precise, should be forbidden. The dissenting justices seemed suspicious of the latter only because it’s a relatively unfamiliar technology.

Some critics fell back on the slippery slope argument. Absolutists posit extreme scenarios. The Center for Genetics and Society, for instance, warns of the “inevitable” and “exponential” expansion of the government’s intrusions into the privacy of those arraigned for serious crimes. If such gross invasion is inevitable, perhaps we should just ban evidence collection altogether and be done with such controversies?

DNA collection is not inherently good or bad, as absolutists on both sides of this debate seem to want to believe. We have to balance the rights of the accused with the rights of victims, while embracing the most thorough and accurate investigative techniques. Based on long established precedent a person in police custody already has a diminished expectation of privacy; it’s not clear how allowing a DNA sample to be collected for identification purposes would interfere with this reduced expectation.

Justice Samuel Alito, part of the majority, called Maryland v. King “perhaps the most important criminal procedure case that this Court has heard in decades.” At stake were “lots of murders, lots of rapes that can be solved using this new technology that involves a very minimal intrusion on personal privacy.”

DNA samples and corresponding databases are just one tool among many. Guidelines are absolutely crucial—and Maryland has them. The Court simply recognized that the place where we draw the civil liberties line can, and should, reflect new technologies without abandoning core rights.