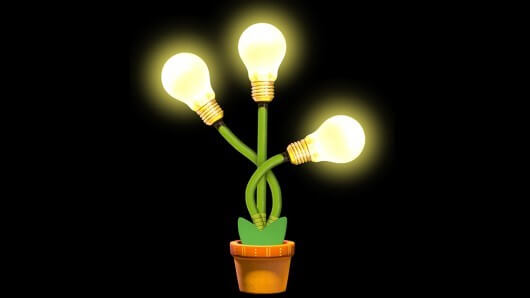 In the minds of those who fear synthetic biology, a marvel can be reframed as a nightmare. Plants engineered to naturally glow—what should be seen as a simple but elegant demonstration of the exciting potential of synthetic biology—has generated an over-heated reaction among the same progressives and liberal politicos who have become the “climate deniers of the left.”

By early last month, a small San Francisco-based company called Glowing Plant had raised more than $484,000 on Kickstarter—far more than the $65,000 that the start-up initially hoped to raise to fund the creation of a luminescent mustard plant (Arabidopsis). Buoyed by the flood of cash, co-founder Antony Evans and his team now say they will try to create glowing roses too.

The project draws on well-established techniques of synthetic biology. The clever technology sparked dozens of thoughtful and sympathetic articles in Scientific American, New Scientist, BBC and Fast Company. But the crowd-sourcing phenomenon has also ignited a counter reaction—all, sadly, coming from the self-proclaimed progressive left.

In his trashing of the project, Tom Philpott of Mother Jones—always ready to play the “Frankengene” card—imagined an apocalyptic scenario in which do-it-yourself DNA tinkerers unleash genetic Godzillas on a hapless public.

“[W]hat about the obvious dangers—what if these God-like ‘housewives and children’ (ugh) turned away from conjuring cuddly creatures and start creating ones designed to bare their fangs, monsters instead of pets?” he writes in the kind of dark prose the marks his coverage. “You don’t even need to presume malicious intent to find reason for concern: What if some novel beast designed for cuteness escapes, goes rogue, and turns out to have unintended malign powers?”

Philpott is not alone in his fear-mongering. Martin Lukacs, an environmental writer for the UK’s Guardian—one of the world’s better newspapers except when it comes to reporting on biotechnology—wrote a “can you believe it’s legal to create life” column that blended gee whiz with horror. “Manipulated seeds,” he warned, will be released all over America like deadly smog. The glowing plant project could set a precedent for unsupervised releases of synthetic organisms; he practically begged for the US government to quash this ‘crime against humanity’.

“From fossil fuels and dams to GM crops, we discover disastrous consequences only when it’s too late,” Lukacs wrote. By this crude and pessimistic measure, we can only assume he believes we should ban hydroelectric electricity projects and ground the world’s automobile and airline fleets.

The scientifically-starved Friends of the Earth joined three well known anti-biotech groups—the Center for Genetics and Society and the Council for Responsible Genetics in the United States and Canada’s ETC Group—to attack the innovation.

Pete Shanks, a dedicated opponent of the technology who writes for both US-based anti-biotech organizations, warned of greedy entrepreneurs out to “become very rich… The proponents are selling this concept as magnificent, inevitable, energy-efficient and ultimately democratic,” he wrote. Despite the knock-your-socks off successful Kickstarter fund raising effort and dozens of admiring articles in top publications around the world, Shanks’s  tries unconvincingly to advance the notion that that the public is “cool” at best toward synthetic biology.

Jim Thomas of the ETC Group took the same tack in the Huffington Post. “At the heart of the controversy is the extreme genetic engineering technology of Synthetic Biology which uses artificial DNA to ‘re-program’ life-forms,” Thomas wrote. He claimed that synthetic biology violates “established norms”—the reactionary belief common among advocacy groups that cutting edge technologies violate the ‘precautionary principle’ and so should be regulated to death or outright killed.

In a desperate attempt to block the project, the Canadian lobby group launched what it called a “kickstopper” campaign. “Kickstarter could still do the right thing and refuse to fund this risky release,” Thomas wrote on the last day of the fund raising effort—advice Kickstarter ignored.

Looking past the alarmist rhetoric, there is some important science going on here. The project was conceived as a public demonstration of synthetic biology using gene-writing software and lab-made DNA molecules. It uses data-driven modeling to find out how the synthetic pathway is functioning within the broader set of metabolic pathways within an organism.  The effort is also designed to help destigmatize what is a rather straightforward technology by making it more accessible to the public. “The central goal of the project is to inspire people and educate people,” Evans, Glowing Plant co-founder, told Nature.

Despite blatant misrepresentations by Philpott, Shanks, Lukacs, Thomas and others, no laws are being evaded or loopholes exploited; the US government sees this project as benign.

“Regarding synthetic biologics, if they do not pose a plant risk, [the Animal and Plant Health Inspection Service at the US Department of Agriculture] does not regulate it,” a spokesperson told Nature. APHIS regulates GM plants only if plant pathogens are involved.

This form of genetic engineering has been around for a quarter century. Synthetic biology involves inserting synthetic pathways in host organisms.  In the 1980s, scientists added a gene encoding the firefly enzyme luciferase to a tobacco plant. When sprayed with the chemical substrate luciferin, the plant glowed temp­orarily. Three years ago, a group of scientists reported engineering a tobacco plant to generate its own glow, using bacterial genes instead, while a separate group of researchers designed a plant to glow continuously, drawing on both firefly luciferase and luciferin.

This is not the first transgenic organism that draws on bioluminescence A transgenic zebrafish has been on the market since 2003, although its sale is banned in the European Union, Canada, Australia and California. St. Louis-based BioGlow, which successfully transferred luminescence into tobacco plants via the genes that allow marine bacteria to glow has informed the USDA that it plans to roll out a line of ornamental light-emitting plants.

“[J]ust as there was a backlash against steam technology—it was going to put everybody out of work, and cows were going to drop dead in fright at the sight of a 20 mph steam train—there is a lot of Fear, Uncertainty and Doubt about genetic engineering and genetically modified organisms,” D’haeseleer noted.

“As with all technology, genetic engineering is not inherently good or bad—it all depends how you apply it… When it comes to synthetic biology and DIYbio, I feel we’re standing alongside those early fire makers, discussing whether only the village elders should be allowed to handle fire, or whether we should teach everyone how to deal with it safely. Luckily, we know how that decision turned out….”

To critics, it’s not the product that’s evil; it’s the idea of the technology itself. Anti-biotech crusaders claim that almost all forms of genetic manipulation are inherently dangerous and should be severely restricted. They see genetic engineering through the prism of the “naturalistic fallacy”: Ignoring history and biology, they presume that humans once lived in pristine Nature which is now under assault by godless scientists and evil corporations.

Tom Philpott encapsulated these fears in his Mother Jones diatribe: “Unless we have a serious national reckoning on synbio, what we risk leaving our children and grandchildren is the knotty problem of trying to convince an entrenched, little-regulated industry that the power of generating life forms should be used for the broad interests of society, not the narrow ones of shareholders.”

Philpott titled his story “The Scary Side of Synbio Glowing Plants.” In truth, the only thing scary is the paranoid and reactionary mind of so many anti-biotechnology campaigners and journalists.