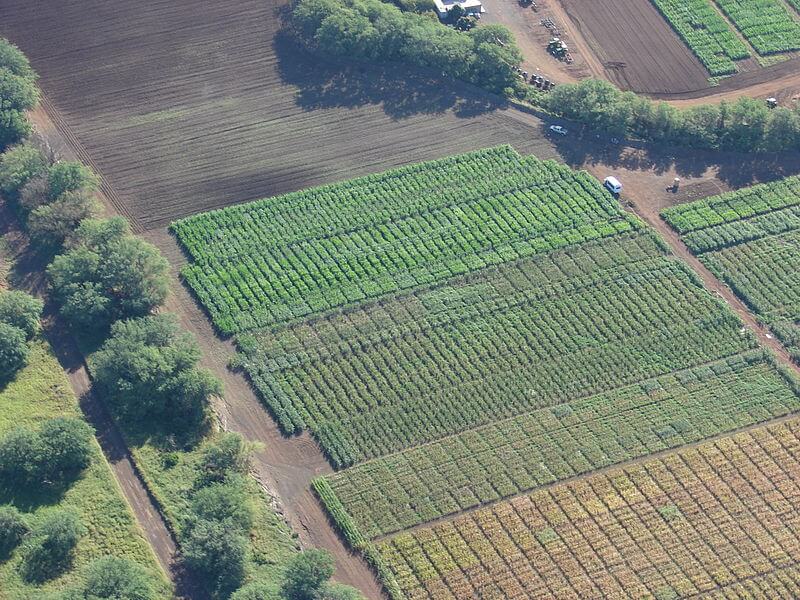 This piece by independent scientist Steve Savage is a follow-up to our Newsletter feature, “Hawaii science ‘Swat Team’ engages public fears fanned by anti-GMO activists,” and part of our continued coverage of the battle in Hawaii over biotech crops.

Hawaii currently plays an important role in the global food supply – one far more important than that of its historical sugarcane and pineapple industries. When the economic viability of plantation agriculture declined in the 1990s, a number of international seed companies began to use some of that land as a “winter nursery” site. The mild climate allows multiple generations/year of crops like corn/maize. This helps to accelerate the breeding, testing and early seed increase of that critically important feed/food/fuel crop.

Because the global maize crop has included transgenic hybrids for many years, much of the corn being grown in the nurseries is “GMO.” Anti-GMO activists on Hawaii with support from elsewhere are trying to restrict or remove these nursery operations. The County of Kauai is considering a bill (#2491) which, if passed, would make it not only impractical to continue the critical winter nursery work on “the garden isle,” but also virtually any kind of agriculture (including organic). Karl Haro von Mogel has posted a good critique of the bill on Biofortified.

A volunteer from Kauai who is helping the local agricultural community organize a defense for the nursery industry and other types of farming contacted me. She invited several of us who blog and speak about agricultural issues to come to Kauai. I was asked if I could come and help diffuse some of the fear that has been generated by a distorted view of pesticide use in Kauai agriculture presented by the authors and supporters of bill #2491. The Hawaii Department of Agriculture keeps records of all the sales of “Restricted-Use Pesticides” and those are available on request. “Restricted-Use Pesticide” is a term that can easily be made to sound scary – particularly if those talking about it never bother to look into what specific chemicals are involved and what “restricted-use” means for each of them. I asked for the same data set.

I’ve taken several days of time to gather information and statistics from a variety of completely public sources that can put this particular pattern of pesticide use into perspective. I’ll put up a detailed analysis later, but here are the hard data-based messages I hope to communicate in various forums in Hawaii next week:

It has been 51 years since the publication of “Silent Spring.” The Environmental Movement that book helped to launch has achieved tremendous gains. It has been 44 years since the EPA was established and it has become more and more sophisticated in its regulatory oversight designed to make pesticide use a low risk activity. Billions of dollars have been spent in the discovery, testing and commercialization of newer, better pesticide options. When it comes to crop biotechnology, this is the first form of crop improvement ever to be regulated at all and by no less than three federal agencies (USDA, EPA, FDA). Our health and the environment are already being well protected through national and state regulation. There is no justification for an entirely new, county-level regulatory process.

Because I will be defending the use of pesticides and biotechnology, I fully anticipate being accused of being a “shill.” I’m rather used to that label after several years of blogging about such topics. Yes, I am someone who gets paid to consult for ag technology companies, but the time I spend writing in defense of agriculture is actually counter-productive for my income. I guess I must be a pro-bono shill. This next week, and preparation for it, will cost me consulting income. I’m going to miss a week out of the special month of my grand daughter’s summer visit. I’m also under no delusion that I can convince many of those who will see me as part of some grand conspiracy. My hope is to present some solid, data-based perspective for people whose minds are still open.

I’m going to Hawaii because I’m sympathetic to the people who work in agriculture there, and I don’t want to see those good jobs lost to the Kauai economy. But the main reason I’m willing to go is that I think the winter nursery activity in Hawaii matters for the future of the global food supply. Technology as such, including biotechnology, is not what will feed the world. Only farmers can do that. But to do that, farmers need to integrate a full “toolbox” of wise agronomic practices, elite genetics, useful traits, crop protection chemicals, sophisticated equipment, and good information in order to do their crucial job. Through the agency of such farmers, something like the 12,000 maize winter nursery acres on Kauai can enhance production efficiency and/or reduce risk on hundreds of millions of acres of that crop around the world. It would be a tragedy to let unfounded and unevaluated fears compromise that contribution.

Steve Savage is an agricultural scientist (plant pathology) with more than 30 years of experience in agricultural technology. His website is Applied Mythology. You can follow him on Twitter @grapedoc.