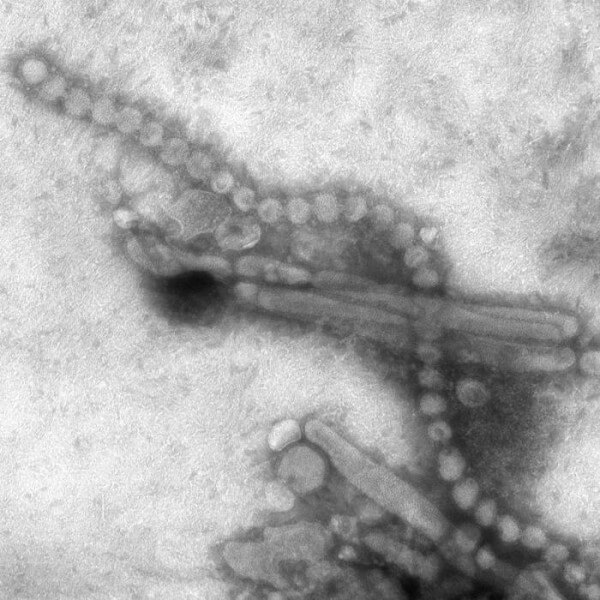 Plans for genetic tinkering with deadly H7N9, which the World Health Organization has warned is one of the most lethal forms of bird flu virus, have taken a discombobulating turn. In H7N9’s brief history as a human pathogen, more than 130 people have been infected in China since February, and 43 have died. It was believed they all fell ill after being exposed to infected chickens or other fowl; there was no evidence that the virus can spread from person to person. Now there is such evidence, published Tuesday in the British Medical Journal.

The timing is bad news for the researchers who announced on Wednesday that they want to experiment with giving H7N9 new and possibly virulent properties. The idea is controversial to begin with and is likely to become more so because of the BMJ‘s report that the virus can be transmitted between people. Person-to-person transmission of H7N9 is not easy to do, but the paper tells of a father who appears to have infected his caregiving daughter with the virus. Both are dead.

Experts have been quick to point out that this doesn’t mean the virus has adapted fully to humans. It may be transmissible, but it’s not very transmissible. Dozens of other people came in contact with the father and daughter, but none was infected. And the brief flurry of spring cases seems to be dying away.

Announcement of research plans for the H7N9 virus was contained in a letter signed by nearly two dozen researchers and published simultaneously on Wednesday in the journals Nature and Science–evidence of its exceptional importance. The letter argues that research is needed now because the virus could re-emerge next winter.

The well-known virologist Vincent Racaniello, although not one of the signers of the letter, has summarized the research plans at his Virology Blog. The researchers are proposing gain-of-function experiments, which will provide the virus with new tricks–for example, the ability to travel from mammal to mammal through the air. Says Racaniello: “. . . the point of these experiments, in my view, is not to simply identify specific changes that lead to aerosol transmission. Such work provides information on the mechanisms by which viruses can become adapted to aerosol transmission, still an elusive goal.”

In his post on Wednesday, Racaniello appeared to be unaware of the BMJ paper. He attempted to be reassuring on the possible dangers of experimenting with H7N9, arguing that gain-of-function is nearly always a tradeoff. He cited last year’s controversial experiments on a different bird flu virus, H5N1, noting that the experiments gave H5N1 the brand-new ability to hop between ferrets (a favorite model animal for flu research), but in the process the virus became less virulent.

The research dilemma was presented succinctly by Michael Osterholm, director of the University of Minnesota’s Center for Infectious Diseases Research and Policy. He told the Canadian Press Association’s Helen Branswell: “I continue to support gain-of-function work from a basic research standpoint. But … I sit in the middle here where I think there still are major questions about the risks-benefits of this work that need to be addressed.”

Under the headline “Handle with care” a Nature editorial agreed, warning that while the long-term benefits of the proposed H7N9 research are clear enough, the immediate benefits to public health “are less clear-cut.”  ScienceInsider on Wednesday rounded up several scientists’ comments, pro and con, about the H7N9 research proposals. None mentioned the BMJ paper. But the comments reveal several issues that need addressing. A few examples:

The roundup notes that an H7N9 research proposal is already being vetted at the University of Wisconsin. The US Department of Health and Human Services says any gain-of-function experiments that are federally funded will have to take place in a lab specially equipped for safety. They also must undergo a second round of review in addition to the usual appraisal by biosafety experts.

Racaniello is worried that the scientists’ letter about their plans “will clearly have coverage in the popular press and I am certain that it will be misunderstood by the general public. I can see the headlines now: ‘Scientists inform the public that they will continue to make deadly flu viruses’.”

As it happens, Racaniello’s fantasy headline was not nearly ambitious enough. Here’s an actual headline, from Michaeleen Doucleff’s piece at the respectable NPR blog Shots: “Scientists Disclose Plans To Make Superflu In Labs.” The lede was worse: “Who do these guys think they are, the Dr. Frankensteins of virology?”

And none of these discussions appears to have yet taken into account the new BMJ paper confirming for the first time that the lethal H7N9 flu virus is already able, under certain conditions, to pass from person to person.

Tabitha M. Powledge is a prize-winning long-time science and medical journalist who is serving her fourth term on the Board of Directors of the National Association of Science Writers.