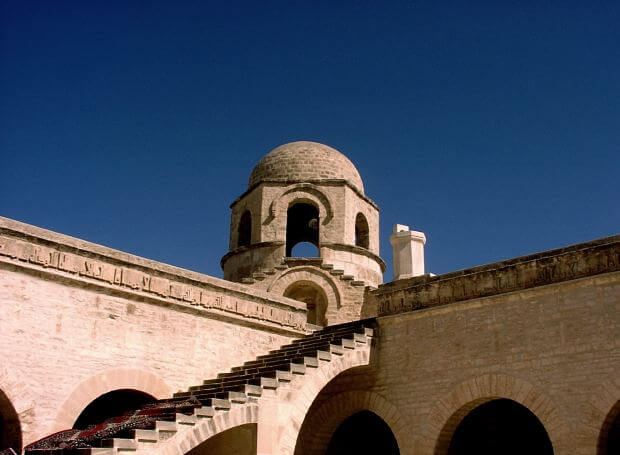 The Yibir in Somalia is one of the few known Muslim communities worldwide that maintains Jewish descent. The community is small and tightly knitted, numbering not more than thirty thousand. The name Yibir, also pronounced Yibro and Yahar, simply means Hebrews.

Despite the wide array of research on African communities of Jewish descent, the Yibir have received minimum interest from academicians. No significant studies have been conducted on the group making the Yibir one of the most forgotten world populations.

For at least eight centuries, the Yibir have lived amongst the pastoralist populations of Northern Somalia. There, the populations are divided into different clan groupings. A strict caste system traditionally organizes the clans into a fixed hierarchy of noble to inferior. Being one of the lowest castes, the Yibir constitute one of the poorest populations in Somalia, if not the poorest.

Furthermore, the Yibir are not considered as ethnic-Somalis, or Samaale; instead, they are traditionally classified as Sab, i.e. the ethnic category that encompasses migrant and smaller groups of low castes. (Other Sab groups include the Muuse, a small group of Arabic ancestry; the Tumaal and the Madhibaan, small clans of ambiguous roots ancestrally related to the Yibir; and the Bantu, migrant populations primarily from central Africa). Accordingly, the Yibir are seen as inferior and landless. A popular Somali myth presents the Yibir as wondering scavengers of human carcasses. Samaale clans of higher castes shrug from the Yibir and do not conventionally intermarry with them; as a result, the Yibir mostly marry within their own community.

As a low caste, the Yibir do not traditionally practice herding and are prevented by local customs from owning livestock or land. For most of their history, they made their living by doing low-wage menial labor and housemaid work for other clans. They are also associated with leatherwork occupations, such as tanning hides and handcrafts involving the making of saddles, amulets and prayer mats. The Yibir are also well known for their skill in blacksmithery, in making iron tools and weaponry.

Historically, the Yibir have practiced a diversity of peddling trades such as folk medicine, spirituality and magic. Although considered a low caste, and in light of the scarcity of modern medical services in contemporary Somalia, Yibir healers and medicine-men provided the clan communities with indispensable folk medical services. As part of their traditional professional practices, they made and sold varieties of herbal medicines, performed traditional surgery involving circumcision, and specialized in the treatment of bone fractures. Midwifery is a popular Yibir specialization.

By tradition, Somalis believe that the Yibir possess dangerous supernatural powers. Taking advantage of this belief, Yibir spiritualists performed a variety of protection rituals for pay. Although they used Quranic scriptures in their rituals, research has indicated that the rituals encompass a range of seemingly pre-Islamic pagan traditions.

An old cultural tradition entitles Somalis to pay a fee to the Yibir, called samanyo, as retribution for the death of one of the Yibir’s historic leaders. If the fee is not paid, Somalis believed that the Yibir would curse them. The story associated with this tradition involves a Yibir leader, named Mohamed Hanif, who is said to have ruled northern Somalia centuries ago. While one version of the narrative describe him as not being a true Muslim, another identifies him as a pagan. Upon arriving to the northern parts of the country, the Somali holy man Sharif Yusuf–who is considered as one of the founders of Islam in Somalia–quarreled with Mohamed Hanif. The two decided to settle their disagreement in a showdown of spiritual power. Since Sharif Yusuf was supposedly truer to his religion, he defeated Mohamed Hanif. In course of the confrontation, Mohamed Hanif was also killed.

Worth mentioning is the once secret language of the Yibir. In the early 20th century, John W. C. Krik, who authored one of the most valuable works on the historic and linguistic heritage of Somalia, reported;

Yibirs and Midgans [i.e. a tribe closely related to the Yibir] are both very jealous of their languages, and keep them a secret from other Somalis, although all speak the common language of the country, namely Somali. There are, I believe, no Somalis who know anything of either dialect, and while I was having my interviews with these people, they were very particular not to allow any Somali within hearing, our conversations having to be carried on in the latter’s language.

Within the last few decades, as Somalia steadily urbanized, such traditional Yibir trades involving spirituality and folk medicine lost their demand in Somali society and became unprofitable. And although originally from the northern parts of the country, economic and social pressures pushed the Yibir to different urban centers of Somalia.

While some Yibir succeeded in finding menial work in urban centers, a significant minority have become full-time beggars. Recently, Somali Minority Rights & Aid Forum ranked the Yibir as one of the “Most socially excluded groups in Somalia”. Studies indicate that the Yibir are excluded from almost all available social services, such as education and health care. Particularly in rural areas, the Yibir, often more than any other minority are exposed to extreme forms of abuse and suffer from dire poverty.

In 2000, New York Times journalist Ian Fisher conducted a breakthrough interview with the Yibir community leader Sultan Ahmed Jama. The Sultan was not secretive about his Hebraic heritage and indicated that the prejudice his people experience in Somalia essentially goes back to their Israelite heritage. He also pointed out that members of the community –particularly the youth– are often ashamed of their Yibir identity as a low caste. Accordingly, they often identify with other clans of higher castes.

Yibir folklore suggests that the community’s ancestors converted from Judaism to Islam in the thirteenth century. Since scholars believe that Sharif Yusuf lived in the early thirteenth century, the events of the traditional narrative, involving the Sharif and the Yibir leader Mohamed Hanif, would accordingly date to the same century.

And although the name Mohamed Hanif is evidently Muslim, it is perhaps possible that the Yibir did not entirely abandon Judaism until Sharif Yusuf subjugated them. In any case, and as indicated, Somali traditions claim that Mohamed Hanif was not a true Muslim and seem to suggest that he was of a different religion.

Traditionally, the Yibir claim that their Jewish ancestors arrived in Somalia prior to the formation of the major noble Samaale clans, i.e. Darood, Dir, Hawiye and Isaaq. While Samaale clans commonly trace their paternal lineages to ninth century Arabian ancestors, some scholars have suggested that the Darood and Isaaq were only founded in the thirteenth century. If this is true, then the Yibir are also likely to be older than the two Samaale clans. That is because the Yibir were, presumably, already established as a powerful group in Somalia by the time of Mohamed Hanif in the thirteenth century.

Furthermore, the pagan rites noted earlier in the Yibir’s spiritual practices, in addition to the identification of the group’s historic leader Mohamed Hanif with paganism, may suggest that the community’s presence in Somalia predates the spread of Islam and possibly the formation of Samaale clans in the thirteenth century.

Although the question as to how Judaism has arrived to Somalia has not been previously researched, certain Yibir cultural features seem to indicate that the community has branched out of an older Beta Israel–Ethiopian Jewish population. (As reported in Jon Entine’s Abraham’s Children, genetic evidence has confirmed that the formation of the Beta Israel goes back approximately to the fourth or fifth century). Both groups, the Beta Israel and Yibir, are perceived as outcasts by their host populations and are associated with magic and superstition. (The Beta Israel are known in Ethiopia as Falasha, meaning exiles or outcasts in ancient Ethiopic. The Beta Israel are also strongly associated in Ethiopian traditions with the Budah, a magical or evil supernatural entity that can inflict curse on the locals).

A third compelling correlation between the Yibir and the Beta Israel involves blacksmithery; it seems hardly coincidental that both populations are popular in their host countries for being skilled in making and fashioning iron equipment. As I suggested in a former article, blacksmithery seems to have entered the culture of the Beta Israel from the ancient civilization of Kush, in what is today Northern Sudan.

The possibility that the Yibir community has branched out of a Beta Israel population may distantly be inferred from a medieval source that refers to a Habash queen (from what is today Ethiopia) as sending a zebra as a gift to the king of Yemen in the tenth century. This queen was no other than Judith, the ruler of the Beta Israel kingdom that sprang probably in eastern Sudan and subjugated Aksum in the ninth century. Though not precisely known by years, Judith’s reign fell between the late ninth century and early tenth century and is thought to have lasted for forty years.

Since zebras are most associated with the southern zone of the African Horn, i.e. the southern regions of Ethiopia and the plains of Somalia, it may be suggestible that Queen Judith has, at some point during her reign, expanded her kingdom’s control southward beyond the Ethiopian Highlands and into Somalia.

Could the Yibir have descended out of a Beta Israel population that migrated to Somalia during the time of Queen Judith? Is it possible that the Yibir’s ancestors were sent by the queen to control Somalia’s strategic Bab-el-Mandeb area linking the Indian Ocean and the Red Sea?

As demonstrated, although the Yibir constitute one of the oldest ethnic groups in Somalia, they are classified as inferior in the Somali caste system and are treated as outcasts. Due to their deteriorating economic situation, particularly within the past few decades, the Yibir were forced to scatter all over the country and abandon their native villages in northern Somalia.

On the other hand, a range of cultural features shared by the Beta Israel supports the Yibir’s claim for Jewish descent. The question as to how a Jewish community–or precisely a Beta Israel one– would have historically ended up in Somalia cannot be precisely known given the lack of available historical evidence.

Hence, a future genetic study may be our only hope to unraveling the historical roots of this community, and in finding connections—or lack of connections—with other Jewish groups, particularly the Beta Israel. On a broader level, such a study may help us attain a better idea as to how and when Judaism spread in East Africa.