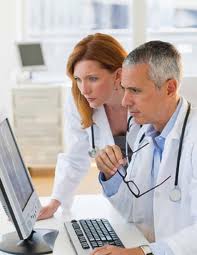 Genetic tests for everyone—carrier and predictive screening for potential health problems linked to gene mutations—are fast becoming a reality of the personalized medicine revolution. This era of affordable tests of our entire individual genome has spurred ethical discussions about whether patient access to the findings and choices about what do with the results should be restricted as compared to how the medical establishment handles the results of non-genetic medical screens, such as x-rays and blood tests. Is genetic information so different? Where does the responsibility of doctors, medical providers and insurance companies to provide patients with critical information end and where does the patients’ right to privacy begin? This is the first article in a multi-part series that asks: Should genetic testing be singled out among other medical screens and should patient rights be restricted?

Personal gene maps: Is there such a thing as too much information about our DNA?

In the near future scanning a person’s entire genome for specific mutations—a process known as whole genome sequencing—will be as routine as measuring factors in the blood or looking for abnormalities on an x-ray. This information, in the context of other clinical factors, will help identify risk for future illness, the cause of current symptoms, as well as other relevant information such as a patient’s susceptibility to prescription side-effects.

Due to new technologies and dropping costs, clinical sequencing is a fast approaching reality. According to the National Institutes of Health, it currently costs less than $10,000 to screen an entire person’s genome and this cost will be even lower in a few years.  However, some argue that there are specific ethical considerations to be made before whole genome sequencing becomes part of standard clinical practice.

For years genetic tests have been available to people in order to identify disease risk. Carrier screening checks if a person is a carrier for a genetic disease. Some carriers may develop a disease but many times they do not show any signs or symptoms, but can pass the mutation on to their child who might develop the disease. Diagnostic predictive testing can determine if you are at risk for developing a genetic condition later in life.

The three well-known BRCA mutations, found disproportionately in Ashkenazi Jews, that show a high likelihood of developing breast or ovarian cancer is both a carrier and predictive test. Direct-to-consumer tests (DTC), which are loosely regulated, often provide consumers with a list of disease mutations they carry and their susceptibility to drug side effects based on single gene mutations or a combination of mutations. These tests are done by sequencing only a tiny part of the genome that covers targeted mutations, sometimes only one nucleotide (There are 3 billion nucleotides in the human genome).

Most mutations will only have an impact on health if they are triggered by reactions with other mutations or by unique environmental concerns. (For example, those who carry the BRCA2 mutation have an 80 percent, not 100 percent, likelihood of contracting breast or ovarian cancer if they are a carrier). Hence, it is often difficult to confidently predict the likelihood that someone will develop a health problem or diagnose them with a specific genetic disease based on just a few mutations. Though the well-known DTC company 23 and Me  looks at an impressive panel of ~100,000 such mutations, this is still only ~0.01% of the genome. For a doctor trying to diagnose a genetic risk, this would be like trying to understand why someone is coughing by looking at a chest x-ray of just 1 square millimeter of their chest at a time.

Alternatively, whole genome sequencing allows clinicians to have access to a patients’ entire genetic sequence in one sample. With this information the diagnostician can determine what genetic factors are present for a disease as well as check for different causes all at once. If a child is not developing normally the doctor can narrow down the specific developmental disorder by scanning the child’s genome for all the possible genetic causes currently known.

When diagnosticians review a person’s entire genome, they have access to a wealth of medically relevant information, some of which pertains to the clinical test for which the sequencing was ordered and some not. For example, a whole-genome scan performed to determine the best dose of hypertension medication for a patient could also reveal a risk of developing cancer. This fact has spurred ethical discussions among researchers, clinicians, and medical organizations over when such ‘incidental’ findings should be revealed to the patient and whether they should be pro-actively searched for.

Take a couple that is considering having a child. Whole genome tests of each of the parents could find mutations that might put their unborn child at risk for a specific set of pediatric disorders—exactly the purpose of the test. Yet in the course of reviewing the two genomes, the doctor may stumble on some incidental medical finding. For example, one of the prospective parents might be at slightly but significantly elevated risk for skin cancer. Most genetic mutations (or mutation combinations) are not deterministic for a disease and only cause problems under specific environmental conditions. Therefore, whether a set of mutations will lead to disease can rarely be assessed with high confidence. Is the doctor ethically obligated to report this to the prospective parent?

Many practitioners and ethicists advocate that mutations in any and all disease-associated genes could be medically useful and should be reported to the patient. The patient would then have the option to choose to undergo follow-up tests or take preventative measures. Others advocate for only informing patients of potential disease-causing mutations if the physician has a high confidence that a disease will develop. After all, informing the patient of a small, but present possibility of future disease could cause unnecessary stress should the disease never manifest. But what is “high confidence”? Who should establish this somewhat arbitrary standard?

The fact is these concerns are not unique to genetic findings. For example, if a doctor sees a suspicious mole while doing an ear exam, the doctor may decide to alert the patient and recommend that the mole be monitored or give the option to have it removed. Yet another doctor in the same situation may decide the mole doesn’t look alarmingly suspicious and decide not to mention it to the patient. In general, such calls are left to the discretion of the doctor who is informed by the clinical context and knowledge of the patient. Regardless of which approach one thinks is more ethical, Should genetic risk factors be dealt with any differently?

Another much-discussed issue is whether it is part of a doctor’s duty to pro-actively check for additional disease-causing mutations beyond those that were the focus of the patient’s concern What if the patient doesn’t want to know any results other than what they came for? Is a doctor ethically bound to report additional findings if it means the patient could take preventative measures?

In June, the American College of Medical Genetics and Genomics published explicit guidelines that suggest that any time a genome sequencing is ordered, the lab should test for mutations in an additional 56 genes linked to 24 serious diseases (such as breast, ovarian and colon cancer) and report the results to the physician, without consulting with the patient first.

The guidelines drew widespread controversy and some criticism because they would impose what some people consider unnecessary costs and could violate a patient’s right to decline medical procedures. Why should labs run additional tests when the patients may not even want the results?. And what happens if a physician does not prescribe the recommended tests because he thinks it is unnecessary or the patients doesn’t want them?

“When an organization like the ACMG makes a recommendation, it’s seen as establishing a standard of care,” says Harry Ostrer, a medical geneticist at the Albert Einstein College of Medicine. Ostrer notes that if doctors don’t follow the guidelines and it turns out a patient has a genetic disorder that would have been caught by the ACMG’s suggestions, they could be sued for malpractice.

The ACMG’s statement holds that patient’s rights are preserved because they have the opportunity to decline clinical sequencing altogether if they do not wish to have the additional tests performed on their samples. However, as some clinicians point out, this could lead to people being denied life-saving medical information that they actually do want. For example, screening a child for a specific genetic disorder currently requires the sequences of both parents to be tested as well. This is to determine whether the mutation was inherited from the parents or is a novel mutation—a distinction that could be medically relevant. Under the ACMG guidelines, parents would not be able to get the proper test for their kids without agreeing to the full suite of tests for themselves.

The ACMG also defends their guidelines by noting that the mutations tested are believed to carry high risks for diseases that are known to be asymptomatic for a long period of time and therefore go undetected otherwise. Also, many of the diseases can be prevented if a person knows they are at risk. Hence, they explain, the potential benefits of knowing one’s risk far outweighs any drawbacks the patient may see in additional tests (cost, invasion of privacy, etc.).

It is not clear that this argument applies only for genetic tests. Why should we not institute mandatory testing for other diseases on other types of samples? At OBGYN check-ups it is routine to offer HIV and chlamydia tests on pap smear samples that are taken to check for HPV. This is, in part, because early detection of these diseases in the asymptomatic stage can be beneficial to treatment. The benefits of these additional tests are enhanced by the fact that undetected sexually transmitted diseases (STD) pose a threat to overall public health. However, despite these benefits of asymptomatic detection, women are free to decline the additional STD tests and still get only the HPV test that they came for.

Similarly, detecting dangerously high cholesterol levels in a patient’s blood sample could indicate their risk of future disease. Yet, the patient has the right to refuse such tests even though receiving this information could alert them to the need to make disease-preventative diet changes. In such cases the medical establishment has agreed to respect the individual’s right to decline medical service and has found the additional cost of unwanted tests unnecessary.

If patient choice is the norm for blood and vaginal samples, why should a DNA sample be treated differently?

There are questions whether the debate over how to handle unexpected incidental findings and mandatory testing might slow the adoption of clinical sequencing. The controversy is premised on a belief that genetic risk factors are somehow inherently different than other physical risk factors or signs of disease and therefore require a different ethical framework. Knowing one’s genetic risk of a disease does not inherently provide more information than knowing one’s actual disease status (as in the case of an HIV test result) or disease risk (from ultra-high cholesterol levels, or presence of a melanoma-like mole) measured as non-genetic factors. So, why should genetic testing be viewed as a special case?

The next article in this series will look at whether individuals should be required to work with a doctor or personal genetic counselor in order to get genetic tests and view their results.

Katherine Wendelsdorf is a Computational Biologist based in San Francisco, CA.