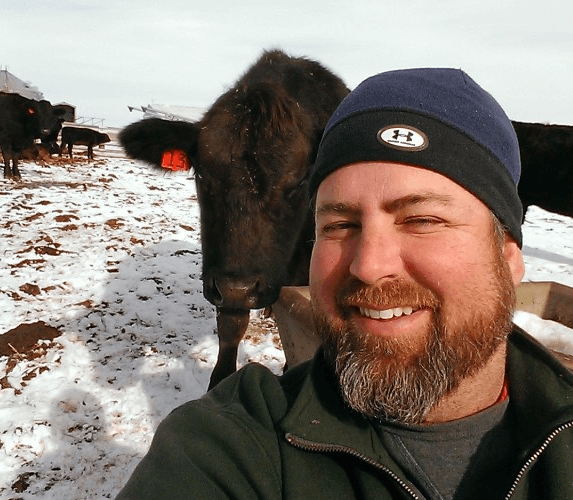 Winter allows a bit of downtime for most farmers. We use it to look back on the prior year and to make plans for the next. We learn from mistakes, failures and successes and attempt to make sense of it all. Personally, I think of each growing season as a clean slate to test out theories and debunk some popular myths about how a corn or soybean plant creates maximum yield. It’s also a time when we get to make the choices about what to plant, where to plant it and what seed to use in each situation. It’s often a very personal and private decision.

I put on some Stevie Ray Vaughn, pull up a mountain of reports, yield data, my own yield maps, spreadsheets, drink lots of coffee, fire up the old adding machine and go at it. You see, our decisions are based on dollars and cents as well as market demand. Each decision must make the most sense to our bottom line and align with the goals we have for land stewardship. It’s a burdensome responsibility. The right decision assures future success for the farming business, puts food on the table for our family and hundreds more, helps ensure the land will yield its bounty for years to come and allows us the income to enjoy life as a family. The wrong decisions can be disastrous.

If you believe many of the cyber-arguments, the seed and chemical company Monsanto has control over what farmers do, say, plant, etc. I’ve been told by denizens of the online forums that Monsanto “controls” farmers. I suppose the company may have secretly adapted some sort of Vulcan mind-meld without our knowledge. Hmmm…… Nope. Maybe Monsanto has some really deep pockets and influential people working for it to tell every commercial farming operation what to do. It’s a daunting task, I’m sure, but completely baseless. No, really, spend some time on the Monsanto Facebook page and read the comments.

This Monsanto-hate is pretty funny, actually. Sometimes I think the critics mistake Monsanto for the Illuminati, a darkly secret society that has influence over every aspect of our lives and has plans for world domination by killing everyone but the chosen few.  That’s a discussion for another time. You see, we farmers are a pretty independent bunch. Just ask our wives. If you tell us to do “A”, we’ll sometimes find a way to do “B” instead, simply because you TOLD us to do “A”. It’s in our blood, our nature. I think my wife truly believes it requires a genetic anomaly to be a farmer.

Besides, Monsanto isn’t the only game in town and has less influence than many think. Some years, they are not even the biggest player. The market share shifts from time to time between several players, depending on product performance, sales programs, and to a small degree company image.. People who think Monsanto is the only game must really tick off DuPont, Syngenta, Dow, Agriliant, and the smaller regional companies. Those poor souls don’t even get an honorable mention in the seed industry from the anti-GMO crowd. I’m pretty sure they think they have some pretty good the products out there, but get no love from the anti’s. Oh well. They’re probably happy that Monsanto has the biggest target.

There are no seed company minions running around out here in the countryside telling us what to do. Sorry to disappoint some, but it simply does not happen. If someone from Monsanto, DuPont, Syngenta, Dow, whomever would come into my office and tell me what to do, he would likely get a tongue lashing that would make a sailor blush, then summarily be told were to put that opinion, and to get the hell out or be removed. By me. Without a shadow of a doubt this would happen, and has.

So, what does influence my decision? Actually, it’s pretty simple and no great secret. You see, I’m a no-nonsense dollars and cents, ‘just the facts’ kind of guy. When the seed salesmen come around each year, we will sit down and have a conversation about what he learned, and what I knew. I’d ask for data, tons of data, then the conversation is over. On goes the Stevie Ray Vaughn, probably something from “Double Trouble” or anything live, and I fire up the coffee pot. I will occasionally call with a specific question on disease resistance or best population for a certain hybrid, but I don’t leave much room for someone “selling” me.

When the decision is made, I call the salesman and tell him the seed order is finalized. He will come in, we might have a brief discussion about supply, or if anything new has arisen that I need to know. Then I usually slide over a slip of paper. On that paper is written a list, my order, of each variety or hybrid I want to plant and how much. At that point, there is no more discussion. End of story. That’s how the decision process goes for me and most farmers that I know. We don’t want to be “sold”; we just want the information to make our own decision. Some farmers can be influenced a bit more than others, but in the end it is a personal decision to buy or not to buy from any particular company.

It’s a dollars and cents on the bottom line kind of thought process that drives the decision. Will non-GMO corn or soy add more to our bottom line in 2014, or not? The economics of it will shift from year to year with available crop premiums, chemical costs and my general willingness to scout, treat, and put in a higher level of management. I’ve never felt pressured to buy a particular type of seed, GMO or not, from Monsanto or any other seed company. I buy what’s best for my farm for this year’s circumstances. Next year it could be different.

For our operation this spring it will be the traited seed, or GMO seed, that I think will have the best impact on the bottom line and the least impact on the environment. The last time we set up a comparison of Bt corn vs non-Bt corn and measured it strictly for yield, the Bt showed a +14bu/ac advantage mainly due to corn borer damage in the non-Bt hybrid. At the current price, that’s about $60/acre. Sure the GMO seed costs more, but adjusting for that, Bt still has a significant advantage in profit per acre. It protects the yield against pests that we might have to use non-selective insecticides to control. It allows us to use more environmentally friendly herbicides and reduce the amount of tillage used to control weeds. Reduced tillage in turn reduces soil erosion and allows us to sequester more carbon in the soil. Reducing tillage saves me wear and tear on the machinery and equipment, saves labor, and saves diesel. It’s a win-win, really, and one that those in the green movement are just starting to realize–or I hope they are.

In the end, it’s a choice that we are free to make and it’s our personal choice. We are not pawns of some Illuminati-like seed and chemical company.

I’m fine with that.

Dave Walton, a contributing columnist to the GLP, is a full-time farmer in Cedar County, Iowa growing GM and non-GM corn, soybeans, alfalfa and pasture on about 500 acres of the world’s most productive soil.