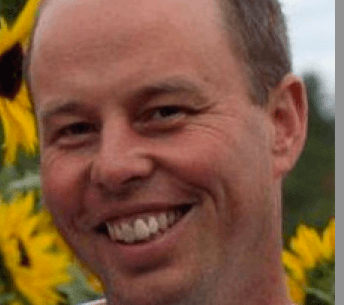 The emails usually start arriving in April. “Do you sell organic vegetable transplants for home gardens?” they usually ask because “I want to avoid planting GMO tomatoes and peppers in my garden.” That’s strange as there are no GMO tomatoes or peppers.

A few weeks ago, I received this helpful list of organic and non-GMO seed suppliers via Facebook, with the comment, “a ‘lot’ of seeds planted in gardens are ‘unknown’.” It was reinforced with this image: 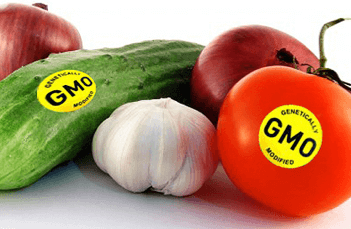 Reality check: with the exception of a tiny fraction of summer squash and sweet corn, it would be literally impossible to purchase genetically-engineered vegetables seeds, as they don’t exist for sale.

But do you want to know what boggles my mind even more than these examples of unfounded fears and misleading claims that GMOs are in most fresh fruits and vegetables? The level of opposition to one most simple, effective remedies available to battle misinformation: mandatory labeling of GMOs.

I believe mandatory labels would be the best tool to provide clear, accurate and consistent information to consumers about foods containing, or derived from, genetically engineered crops and animals, and they would also be the best hope for advancing the GMO discussion.

The ideal labeling scheme would set a mandatory minimum requirement that any food containing ingredients from genetically engineered crops or animals bear a statement in its list of ingredients to the effect that “this product may contain ingredients from genetically modified organisms.” This could be supported by reference to the applicable ingredients (an asterisk in the ingredient list, for example). A product that had undergone a verification process would be permitted to make a “non-GMO” claim anywhere on its packaging, provided that there were analogous products from GMOs on the market. (In other words, no more bogus non-GMO labels on salt). Animal products would not bear this “may contain” statement unless the animals themselves had been genetically modified, although they could be voluntarily labeled to indicate feed sources that did not include GE crops.

The anti-labeling side often claims that GMO labels would drive up the cost of food. I believe a “may contain” label would minimize this risk. Companies that did not wish to go to any extra expense would simply add the “may contain” clause to their ingredient panel (updating packaging is an expense food companies routinely incur as a cost of doing business). Those who wished to provide a non-GMO product could choose to take the necessary steps and pass those costs along to the consumer—a percentage of which would presumably be prepared to pay the premium.

These objections are all based on the same misconceptions about what people know and what they want. First, the primary function of a “may contain” label would be not only to educate people about which foods are derived from GE crops and animals, but also to inform consumers about which ones are not.

If you don’t believe misconceptions and exaggerated beliefs about GMO foods are rampant, consider this polling data released just last week: in a survey of 1,200 Canadians, 60% of respondents believed that strawberries have been genetically engineered, while only 48% identified tofu as a GMO product. (Reality check: 0% of strawberries are GE, and GE soybeans, which are used to make tofu, represent about 90% of the harvest.)

Voluntary labeling schemes won’t work precisely because they fail to provide clear and consistent information. This is perfectly illustrated by the most popular voluntary labeling program in North America, the Non-GMO Project. A visit to its website yields lists of “Non-GMO Project Verified” products for which no GMO-derived analogues could ever be found on store shelves, including a wide range of fruits, vegetables, nuts, herbs, spices and even plain old salt, as I noted above. The Project claims to be the fastest-growing label in the natural foods industry, with over 14,000 products. It’s easy to see why; once one brand bears the label, all other brands are automatically under suspicion, especially if their products appear “too perfect.” It’s a great business model if you can afford the label; even more so if you’re the one selling the labeling service; but it’s a terribly misleading means of providing informed choice to consumers.

In like manner, advising people to eat organic is a viable alternative for people looking to avoid all GMOs and willing/able to pay the premium, but it does little to educate consumers about which products on the grocery store shelves have the potential to be derived from genetically engineered crops or animals.

What about consumer reaction?

Opponents of mandatory labels often claim that labels will be perceived as a warning; that labels are reserved for issues of nutrition or food safety and therefore are not appropriate in this case; and that the ultimate goal of labeling advocates is the elimination of GMOs from the food supply. In my opinion an awareness of how ubiquitous GMOs are in processed foods and yet how absent they are in other product lines will most likely elicit only temporary surprise, quickly followed by a collective shrug and the return to old habits. At best, this information could open or expand a niche for non-GMO (and not necessarily organic) alternatives—and creating value-added markets and diversifying cropping options for farmers could hardly be considered a bad thing. And if a percentage of consumers purchase organic fruits or vegetables in order to avoid GMOs, the organic market may find itself scrambling to re-position itself once these buyers have a more accurate perception of where GMOs can and cannot be found!

Whether or not a GMO label has a scientific basis or a precedent is a weak argument: labeling standards in general are constantly evolving in response to consumer demand. The goal should not be to retain tradition, but to retain relevance. While it is true that nothing short of the disappearance of GMOs will satisfy the extremists, mandatory labels will satisfy the democratic desires of the majority, thereby sucking a lot wind out of the sails of anti-GMO activists and others profiting from the fear of the unknown.

Finally, I do agree with those who state that labels, particularly “may contain” statements provide too little information. But we can’t let the perfect be the enemy of the good. QR codes or other means to communicate a variety of detailed information to consumers is a great concept, but as a first step we need to level the playing field by providing a basic level of awareness.

What’s clear is that the current state of affairs isn’t working. Consumers are confused and growing increasingly distrustful of the food system. At this point in time, there is more to lose from the continued spread of misinformation and fear than there is to gain by avoiding the perception of a “warning” label on certain food items: in the absence of a clear, consistent labeling regime, all foods fall under increasing suspicion. The vacuum of clear, consistent, and accurate label information has sucked in all manner of festering worries, half-truths, and misconceptions—it’s time to clear the air.

Rob Wallbridge is an organic farmer and consultant based in Western Quebec. He advocates for high-quality organic food and informed communities in agriculture. Follow him on Twitter as @songberryfarm and on his blog, The Fanning Mill