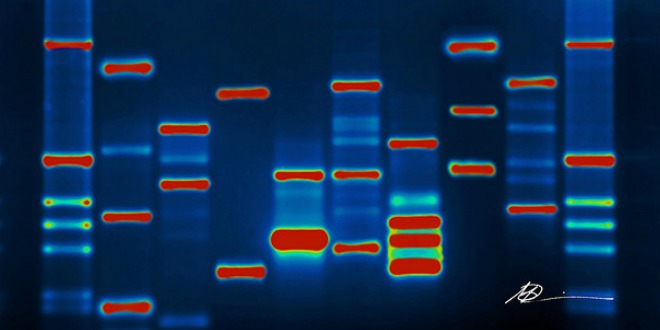 Despite what the media keep telling us, the cost of genome sequencing hasn’t really plummeted to $1000 per genome. Still, it’s dramatically cheaper than it used to be. Does that mean it will soon be ready for the doctor’s office, ready to predict what lies in your medical future, as some of those promoting personal genomics have been saying for years?

A recent small study says definitely not. The study is worth analyzing in detail because of what it reveals about the hurdles whole genome sequencing must leap over before it’s ready for more general application in medicine, let alone as a tool available to your average primary care specialist.

And yet. What this careful study by “real fans” reveals is that for some significant amount of time, revelations from whole-genome sequencing about what lies ahead for our health are going to be more costly and more laborious—and less informative—than we have been led to believe.

In this study, published in JAMA, the journal of the American Medical Association, the researchers did whole genome sequencing of a dozen adult volunteers, looking for variations in their DNA that could cause disease in the future. Their conclusions: at its present state of development, whole genome sequencing provides incomplete coverage of disease genes, inconsistent detection of the riskiest DNA variants and uncertainty about the true meaning of the findings for a patient’s health.

Sometimes whole genome screening will find a gene that is known to be potentially dangerous and can be acted on. In this study, that happened just once. The researchers found a variant in BRCA1, a gene that, when mutated, can predispose to breast and ovarian cancer. The patient ended up having her ovaries removed. Is this a successful outcome of sequencing?  After all, it found a BRCA mutation that would not have been discovered otherwise because the woman had no family history of breast cancer and so would not have been screened for it. Was surgery the right choice for this woman? That will never be known. As Incidental Economist Aaron Carroll notes, “we have no idea what might have happened in an alternate universe where she wasn’t screened.”

In this study, the cost of whole genome sequencing and subsequent analysis approached $16,000 per patient. That price included less than $1000 for follow-up tests, which pleased the study authors. “I’m often asked if healthcare costs will skyrocket if we do this for everyone,” said Euan Ashley, an associate professor of medicine and genetics at Stanford and one of the paper’s senior authors. “Surely there will be hundreds and thousands of dollars spent on follow-up tests like MRIs and CT scans. But in this study, the follow-up costs were relatively modest.”

The study confirmed some deficiencies in sequencing technologies. Among the discouraging findings: Sequencing missed up to 1 in 5 known disease genes. Also, sequencing was done on machines from two different makers, and to say their results did not agree is understating the case. They identified the same potentially risky gene variants only one-third of the time.

The machines found it especially difficult to identify regions of the genome with small insertions or deletions, changes that are significant because they can cause abrupt termination of a protein coding sequence. “It’s ironic, and slightly sobering, that we struggle the most in identifying insertions and deletions—those changes in the genome that are most impactful,” said Ashley.

Ricki Lewis is a science writer who also happens to be a genetic counselor. Her blog, DNA Science, is part of the PLOS Blog network, my blogging home as well. Lewis’s post on this paper emphasizes and describes how much behind-the-scenes work is involved in parsing the meaning of a sequenced genome.

This is work carried out by what she calls “gene whisperers.” In this small study, the whispering was done by a 6-person team consisting of 3 genetic counselors, 2 bioinformatics specialists who were also physicians and a molecular pathologist.

Lewis explains, “This meticulous matching of gene variant (aka allele or mutation) to function, the figuring out or finding of what genes do, is called annotation. It’s the difficult, time-consuming part that doesn’t make it into genohype. A genome is sequenced—and then what? Genetic counselors and other genetics experts are paid to hunt down what the variants do and could mean for a person’s health.”

Each patient in the Stanford study was found to possess around 100 DNA variants. It took an hour of expert time to decide whether a particular variant was potentially worrisome. On average, then, 100 hours per patient.

Most of the hundred or so DNA variants discovered in each study subject were either rare or brand new to science. Sometimes that may be because the databases where investigators look for variants contain errors themselves. Also, the implications of many variants are unknown. Most genetic mutations discovered in a whole-genome sequence are likely to be neutral in their effect, neither dangerous nor advantageous. These gene variants are simply . . . variants. Is a particular mutation never seen before a troublemaker? Geneticists often have no idea.

Perhaps not surprisingly, given this reality, the gene whisperers in this study didn’t always agree on whether a particular gene variant had the potential to cause disease. They didn’t always agree, either, about which findings were significant enough to be relayed to the second-team physicians.

Once the genome whisperers had identified DNA sequences that might be clinically relevant, that second team stepped in. It consisted of 5 docs, two medical geneticists joined by 3 primary care physicians. Two of the latter had no particular experience with genetics. That nicely approximates the amount of genetics expertise available to the average patient in a real-world doc’s office: None.

Each of the study subjects also possessed up to 7 variants known to have potential health consequences. Was whole genome sequencing essential to finding them? At least some of them, probably. But Lewis observes that some of these same variants might well have turned up in the $99 consumer studies 23andMe was offering before the Food and Drug Administration made the company shut down its disease-gene service.

Also, Lewis points out, a genetic counselor can discover many genetic risks simply by doing what genetic counselors do: taking a very careful family history and using what can be learned from it as a clue to test for disease-causing mutations in particular genes. No whole-genome sequencing needed.

The future of whole-genome sequencing

Even today’s imperfect sequencing might be useful eventually if future technical developments were applied to those genomes retroactively. “Someone smarter than me needs to model this, but I’m betting that if we sequence all babies at birth now for $1000, and use the data for genetic tests throughout that person’s life, then $1000 will prove to be a bargain,” says Mick Watson, who does genomics at the University of Edinburgh.

Lewis thinks the problem of matching a particular gene variant with a particular outcome will be solved eventually. This will certainly be complex, since it will involve taking into consideration other genes that may be interacting with the variant and shaping its behavior, plus whatever is going on in the environment to make a gene turn off or on in a particular cell at a particular time.

I agree with her that this frabjous day will arrive eventually. But it does depend on how you define “eventually.” Five or ten years? Or a lot longer?

Eliza Strickland, an editor for the technology magazine IEEE Spectrum, who had her genome sequenced mainly out of curiosity, thinks it might be a decade. But keep in mind that, when the draft human genome sequence was first announced in 2000, Craig Venter–who ought to know if anybody does—forecast that figuring out what each gene is up to would take most of this century.

Also, keep in mind that no matter how good sequencing technology and databases and gene whispering and genetic medical care get, there will always be limits on what a genome can reveal about the future course of events.  As Lewis reminds us, “genotype will not always predict phenotype. For DNA is not destiny.”