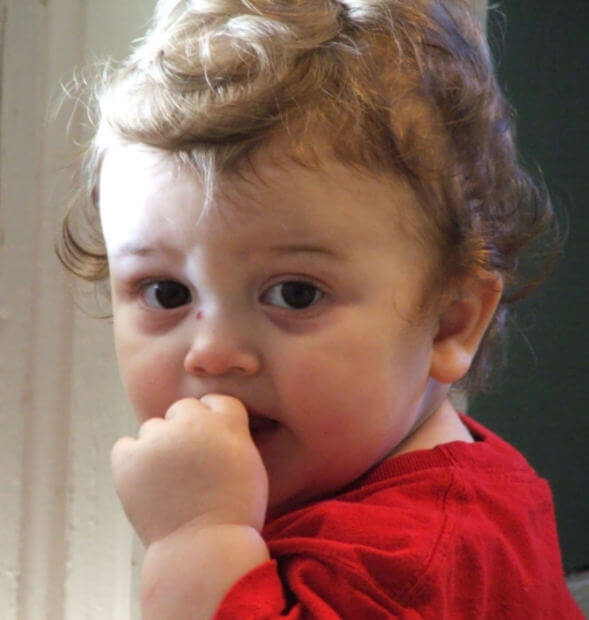 The New England Journal of Medicine published a paper a few weeks ago that is likely to revise the conduct of pregnancies, at least in technologically advanced parts of the world. The paper announced a very big improvement in noninvasive prenatal detection of abnormalities of chromosome number, including the most common one, the extra chromosome 21 that leads to Down syndrome in about 1 in 700 US births.

Counting chromosomes, it appears, is only the first step. The companies that make cfDNA tests are working on detection of small deletions and additions to chromosomes and, eventually, aiming for whole genome sequencing of fetuses early in pregnancy.

At present, blood samples from pregnant women are screened for certain proteins and hormones that can flag a fetal chromosome abnormality. The tests are indirect and imperfect.

The NEJM paper announced the successful trial of a new, far more direct and more accurate approach: looking not at indirect biochemical markers but at a fetus’s DNA shed into the mother’s blood. The study, funded by Illumina, which makes one of the tests, screened blood samples from 1,914 US women in two ways: the old biochemical way and the new chromosome-detecting way. The big news was the dramatic reduction in false positive results, results wrongly suggesting an abnormality is present.

These numbers are terribly important because it means cfDNA screening could eliminate many unnecessary invasive follow-up tests — amniocentesis and chorionic villus sampling — routinely carried out to confirm the initial diagnosis. The invasive tests create a small risk of miscarriage, and of course they are expensive and anxiety-provoking.

First, let’s take a moment to gasp at what a stunning technical achievement this is. There are tests that look for fetal cells in a mother’s blood with the intent of examining the fetal DNA they contain. That’s impressive enough, but the tests I’m talking about here are completely different.

These new tests search the mother’s blood sample for free-floating DNA (cell-free DNA, cfDNA.) This cfDNA is a mixture from the woman and her fetus — but a surprisingly large amount of it, it turns out, is fetal: about 12 percent. The DNA is not shed by the fetus itself, but by the placenta, which has the same genome.

The machines can’t tell the difference between the fetus’s DNA and the mother’s. So how do they work their magic and find out that the fetus’s chromosome numbers are wrong? Susan Young Rojahn explains at Technology Review, “counting algorithms are used to search for small but significant changes in the amount of one chromosome to another. DNA sequencing machines read out strings of DNA letters a few dozen base pairs long, and the mix of mom’s and baby’s sequences are then sorted by chromosome. If there are more sequences than expected belonging to a particular chromosome, then the fetus probably carries an extra copy.”

Take the case of Down syndrome. If the fetus is not affected, about 1.36 percent of cfDNA in the blood sample is attributable to the four chromosome 21s, two each from mother and fetus. If the fetus possesses a third chromosome 21, the percentage will be about 1.4. That may seem a minuscule difference to find, but the machines are counting each DNA fragment many millions of times. That makes it possible to detect the apparently tiny difference between 1.36 percent and 1.4 percent.

The future of fetal DNA screening: Follow the money

Agitation to extend cfDNA testing to all pregnancies has already begun. Up to now it has been recommended only for “high-risk” women — which usually means women over 35, the age when the risk of Down syndrome begins to increase. But the NEJM study involved younger women, mean age about 30.

Nearly a third of the women were tested fairly late, in the third trimester of pregnancy. Other studies will have to confirm that cfDNA testing can be done not only in younger women, but also earlier, perhaps even the first trimester. We also need additional evidence to confirm that cfDNA testing is safe, effective, and better than current practice.

This new study was (indeed, was intended to be) a demonstration of cfDNA’s potential utility in all pregnancies. It was funded by Illumina, the 800-pound gorilla of sequencing companies, which makes one of the tests used and does the sequencing for all the other company tests. Some of the paper’s authors are Illumina advisers.

Three other companies make prenatal cfDNA tests too. The tests have been marketed aggressively. Last year, three Harvard researchers complained in the NEJM that “testing companies have pursued various strategies to build consumer demand, including reaching out to expectant mothers through YouTube, Facebook, and Twitter. Some companies have capped out-of-pocket costs and offered “introductory pricing” specials with costs ranging from $200 to $235. This strategy has had apparent success, with one company boasting a “spectacular” adoption rate of 60,000 tests performed in 2012.”

There’s no mystery about why cfDNA testing companies have embraced social media to pull in pregnant women. At Forbes, Matthew Herper estimates that the cfDNA market could bring in $6 billion annually.

Even if the data say Go, widespread cfDNA testing will have to wait until health insurance companies say Go too. Most pregnant women can get cfDNA testing today if they are willing to pay for it; at present insurance doesn’t cover it. But it costs a pretty penny ($1,200-$2,700), substantially more than the standard prenatal testing (blood tests $300 to $400; ultrasound $200 to $300), which insurance does often subsidize.

It’s an appealing idea that more expensive cfDNA testing could actually save money. For instance, there would be fewer amniocenteses and chorionic villus sampling follow-ups. The researchers estimate it would reduce the present number of invasive tests, about 200,000 annually, by 89%–and thereby also reduce miscarriages. Impressive.

Presumably we can count on insurance companies doing their cost-benefit analyses to see if this really will save money. But even if this more expensive testing is not proven to be cheap at the price in the long run, Herper says there will be pressure on insurance companies to underwrite the tests anyway. That will be especially true if medical societies get on board, recommending extending the testing to all pregnant women, not just those at high risk.

The future of fetal DNA screening: Follow the innovations and the issues

Make no mistake: the ultimate goal of cfDNA testing is noninvasive methods of doing whole genome sequencing on a fetus. That’s a way off, but already the companies in this very competitive business are testing for small chromosome abnormalities called microdeletions and microduplications.

And already it’s clear these new kinds of tests will pose new kinds of dilemmas. Abnormal chromosome numbers lead to well-defined disorders. The consequences of small deletions and additions to a chromosome are largely unknown, and even when defined can be unpredictable.

At Nature, Erika Check Hayden cites the example of diGeorge syndrome, which involves a missing piece of chromosome 22. Sometimes this deletion leads to developmental abnormalities such as malformations and speech delays. Sometimes it appears to have no ill effects. She writes of cases where normal-seeming parents found out they had the chromosome 22 deletion only after their abnormal babies were diagnosed. What is a prospective parent supposed to do with the ambiguous information that the fetus possesses the diGeorge deletion but there’s no way to tell what effect it will have? If any?

The hope that cfDNA testing can work early in pregnancy appears to have revived some hope of fetal therapy. New York Times health columnist Jane Brody reported last year that the first author of the new cfDNA paper, Diana Bianchi of Tufts Medical Center, thinks it might be possible to actually reduce the neurological effects of Down syndrome in the womb by preventing fetal oxidative stress. The hope is based on mouse studies.

Ultimately, of course, the aim is whole genome sequencing of fetuses, perhaps as early as the first trimester. I don’t know what the realistic prospects are for just flinging a zillion cfDNA fragments into sequencers and churning out an intelligible fetal genome. Although, come to think of it, that’s a bit like what the ancient DNA folks do, working with very fragmented DNA. And it even presents a similar contamination problem, since close to 90 per cent of cfDNA in a pregnant woman’s blood is hers, and must be gotten rid of to obtain fetal cfDNA.

However, some clever researchers at the University of Washington have already come up with a workaround for obtaining a fetal whole genome sequence right now. They figured out the genome sequence of an 18.5 week-old fetus by combining sequencing of the two parents and genome-wide maternal haplotyping with deep sequencing cfDNA in the mother’s serum. They say they have some kinks to iron out, and I’m sure that’s true. But they expect eventually that this method could make possible noninvasive but direct prenatal diagnosis of single-gene disorders.

Lots to discuss, eh? I’ll leave you with a fine summing up by Razib Khan, from his blog Gene Expression: “And of course trisomy tests are just the beginning. Whole genome sequencing of 2nd trimester fetuses is now possible, and it seems very likely that in the next few years they’ll move all the way to the 1st trimester. At that point the genetic analysis of 1st trimester fetuses will be routinized and be a simple consumption good. The ultimate question is what are we going to do with all that information? This is not hypothetical, speculative, or blue sky. It’s almost a reality.“