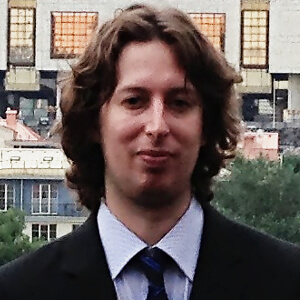 Within minutes after the new retracted and debunked GMO cancer rat study by Gilles-Eric Séralini was released to the media by the French professor on the morning of September 2012, cyberspace was aflame with stories promoting its scary takeaway conclusion: genetically engineered food could cause cancer. Séralini, who timed the release of his anti-GMO book to the date his paper was published, initially had almost free reign in the press, making damaging statements about the ‘mystery cancers’ that his GMO-eating rats had developed.

To punctuate that message, the stories that filled cyberspace, particularly on anti-GMO NGO and activist news sites, were invariably punctuated by pictures of rats twisted into grotesque shapes (a cancer-riddled rat also graced the cover of his book), allegedly the result of their exposure to Monsanto’s genetically engineered corn or to the herbicide glyphosate with which the studied variety is used in tandem.

With the first vote on GMO labeling, in California, on the horizon, the tsunami of frightening stories branding crop biotechnology as dangerous neared a tipping point, which could have turned public opinion decisively against genetic engineering for years to come. However, the mainstream science establishment rallied, with geneticists and science journalists dissecting the study and finding it sloppy, misleading and ideological. That dampened the flames. A year later, after dozens of the world’s top independent science groups had thoroughly scrutinized the study, the flawed paper was retracted by the embarrassed journal.

The mainstream science community still draws a collective deep breath when reflecting on those first few hours and days of intense coverage after the study’s release when mainstream media outlets were being successfully manipulated by what was clearly a joint effort by anti-GM groups to hammer home the “GMOs cause cancer” storyline. But few know the backstory: how did dozens of groups scattered around the world with a shared animus toward biotechnology manage to coordinate a fusillade of almost identical anti-GMO stories?

Meet Henry Rowlands, the almost unknown cyber grand master behind Séralini’s propaganda efforts. He is an upper class Welsh-born activist who shuffles between Bulgaria and European activist hotspots. Rowlands says he attended the Universidad de Granada in Spain and has served as a translator and editor for various groups, but is primarily a self-employed entrepreneur. Believed to be around 30 years old, he was an activist in local Labour politics in the United Kingdom before moving to Bulgaria in 1995 to set up an ex-pat newspaper and an organic marketing company.

Rowlands started writing pro-organic and anti-GMO stories during the late 2000s, first in Bulgarian English language publications. In 2010, for example, he wrote an article for the Sofia News Agency that tried to link crop biotechnology to bee health, writing “domestic bee populations are in steep decline in areas where GM maize is grown”—which is false; there is no evidence of any link between GM and bee health.

Rowlands got a career boast when he aligned with Patrick Holden, the chairman of the Sustainable Food Trust, which is an organic-linked NGO that contends, “Our current food system is destroying biodiversity and our environment.” Holden is one of the pioneers of the modern sustainable food movement in the UK. From 1995-2010, he was Director of the Soil Association, a virulently anti-GMO group and has been linked to the Iowa-based Maharishi cult, whose supporters have often featured his comments on organic foods.

While Mike Adams of NatureNews.com might most accurately be thought of as an anti-science carnival barker who spreads conspiracy theories and anti-GMO talking points to a fringe (although huge) loyal readership, Rowlands’ efforts focus on activists who consider themselves more serious-minded.

Rowland launched and now runs an interconnected web of anti-GMO websites, including GMO Séralini, GMO Judy Carman (committed anti-GMO Australian scientist who has published studies in marginal journals purportedly linking GMOs to potential health hazards in pigs that mainstream scientists have ripped): GMO Delete that targeted Coca-Cola to go GM free, but is now a dormant site; and GMO Evidence, a campaign launched last fall collaboration with an allied site GM Watch  and other small advocacy groups which are trying to raise funds online to promote “evidence” claims that GMOs cause harm.

In 2012, Rowlands launched the pro-organic/anti-GMO news site Sustainable Pulse. He claims it is UK-based, but is registered in Bulgaria. “Green Energy, Sustainable Food Systems and Genetically Modified Crops are all on the agenda as Sustainable Pulse aims to force real change over the next 10 years,” he writes.

As in the case of his other sites, which cherry-pick anti-GMO studies, almost exclusively from ‘pay to play’ journals, Sustainable Pulse, has its own “research library,” which he writes “will allow people to make up their own minds based on the facts – all scientists, even those shunned by some quarters, will be given an equal and fair platform to showcase their findings. “All organizations that support sustainability in any form will be welcome to share their campaigns and views on the Sustainable Pulse platform.”

Rowland honors that pledge. He publishes almost anything that comes down the anti-GMO media and NGO conveyor belt, regardless of the credibility of its source. Sustainable Pulse and the other Rowlands sites still vigorously promote the retracted Séralini GMO rat cancer study despite the fact that’s it’s no longer in academic databases and is considered “unpublished.” Sustainable Pulse in particular served as a breaking news hub for anti-GMO NGOs, which served the movement well when the Séralini study was released.

Rowlands’ newest project is his most ambitious, signaling an ever more aggressive turn in the anti-GMO movement. On May 3, he and other organic and anti-GMO campaigners say they will be launching theGlobal GMO Free Coalition (GFGC), whose website is already active. Organic Consumers Association “member” Diana Reeves, who is also credited with helping organize the Mom’s Against Monsanto and related Millions Against Monsanto campaigns, created the site in 2012.

GGFC says it will be as a resource for “independent proof “of the dangers of GMOs and conventional agriculture, and will lobby governments and the public to stop GMOs. The coalition plans to serve as a “rapid response” arm of the anti-GMO movement to promote its own “peer reviewed” science from global experts who oppose GMOs and pesticides in coordination with other anti-GMO groups, including the European Network of Scientists for Social and Environmental Responsibility (ENSSER—the anti-GMO site head by one of Seralini’s research partners that promotes fringe studies on agricultural biotechnology.

GFGC is soliciting “tax-free” donations. According to the site, “Currently many articles that mislead the public by supporting the narrow arguments of the biotech industry are published by the ‘mainstream media’. These articles often go unanswered. The GGFC will make sure that a coordinated rapid response is provided. … GGFC Rapid Media Response Team will be a matchmaking service to connect GMO experts with lawmakers and the media. The GGFC will be committed to providing rapid, high-quality information to media and government officials.”