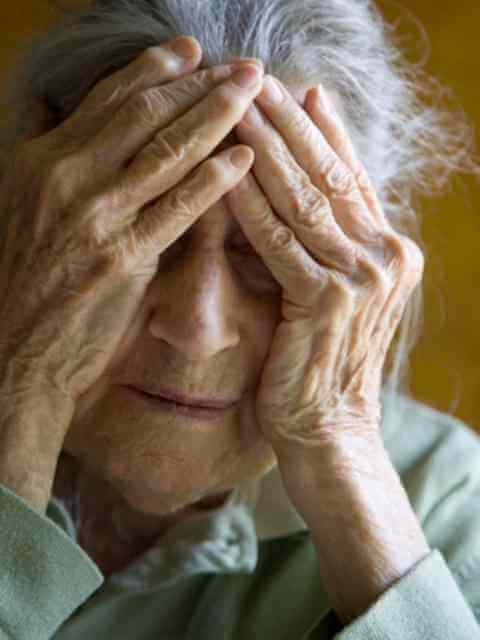 Many genes contribute to Alzheimer’s disease, the most common neurodegenerative disorder, the most frequent cause of dementia and the most-feared scourge of memory and reason. Alzheimer’s visits devastation on millions of families, and the Alzheimer’s Association says it is the nation’s most expensive disease, with a price tag of more than $200 billion annually.

Early onset Alzheimer’s (before age 60, sometimes a long while before) is caused by mutations in one of three autosomal dominant genes (APP, PSEN1, PSEN2) that alter specific brain proteins. People with these genes will almost certainly succumb to early-onset Alzheimer’s, and there’s a 50 percent chance they will pass the gene to each child. But these mutations are rare, accounting for well under 5 percent of cases.

The gene most strongly associated with Alzheimer’s disease is APOE, the gene for apolipoprotein E, a regulator of lipid metabolism. APOE has three variant forms. The rarest, APOE2, is found in well under 5 percent of the population. Which is too bad, because it appears to lower the risk of Alzheimer’s. The most common variant is APOE3, which doesn’t seem to affect risk.

APOE4 is the riskiest known Alzheimer’s gene variant. It is riskiest not because it always causes the disease, nor because it wreaks damage relatively early in life; it doesn’t do either. It’s riskiest because it is so common. As many as 1 in 5 people possess APOE4.

But there’s big news about APOE4. The variant affects women and men differently. It turns out that men with a single APOE4 allele are at hardly any increased risk of Alzheimer’s. Women with APOE4 are at a substantially increased risk.

It has long been known that women are more likely than men to fall victim to Alzheimer’s disease, a statistic usually attributed at least in part to the fact that women live longer than men. But for nearly 20 years there have been hints that the APOE4 variant is more devastating for women.

These hints were finally followed up by Michael Greicius, a neurologist at Stanford University Medical Center in California. In 2012, he and his colleagues published brain imaging studies showing that women with the APOE4 variant had poor connections in brain regions linked to Alzheimer’s, while the brains of male APOE4 carriers looked nearly normal.

Last month the same researchers published a study of 2588 people with mild cognitive impairment and 5496 healthy elderly. They tracked the subjects’ genes and their health histories to find out which of the mildly impaired among them progressed to Alzheimer’s and which of the apparently healthy developed either mild impairment or Alzheimer’s. “In the group with mild memory deficits, both male and female APOE4 carriers progressed to Alzheimer’s disease more readily than those without the risk gene. However, among healthy seniors, women who inherited the APOE4 variant were twice as likely as noncarriers to develop mild cognitive impairment or Alzheimer’s disease, whereas APOE4 males fared only slightly worse than those without the gene variant,” Esther Landhuis reported at Science Now.

The APOE4 allele is present in about half of patients with late-onset Alzheimer’s disease (appropriately acronymed LOAD). But it’s present also in 20–25% of control subjects, not all of whom will go on to develop the disease. Researchers don’t yet know exactly how the allele does its work, but a 2012 review declared that a person with one copy of APOE4 has three times the risk of LOAD as a noncarrier. Two copies increase the risk by about 12 times. Those data will probably need some recasting now to take account of sex differences.

Other APOE variants may also affect women and men in different ways. Greicius and colleagues note that the “protective” APOE2 allele appears to be protective in their men controls but not in women. They caution that the numbers are small, so the observation should be regarded as preliminary. That’s not much comfort.

Sex differences in brain effects of the APOE alleles, whatever they turn out to be, are likely to have a potent impact on Alzheimer research. Not to mention patients and prospective patients, clinicians, and genetic counselors. And then there are the health care burdens. US Alzheimer patients, who often require constant care for years, are estimated to number more than 5 million right now, a number expected to double by mid-century.

Researchers will probably zero in on one obvious target: the interaction of the APOE alleles with hormones, especially estrogen. Landhuis says estrogen can bind to certain stretches of APOE4 DNA, and also that estrogen regulates APOE expression in mice. There are data suggesting that women become more vulnerable to Alzheimer’s after menopause, when estrogen begins to disappear, and there is some evidence that postmenopausal hormone replacement with estrogen wards off the disease.

More genes to come, and environmental factors too

Still, APOE4 and the established early-onset genes are neither necessary nor sufficient to cause all cases of Alzheimer’s. Nearly a dozen other candidate genes have been identified, but none confirmed. The data also hint that what researchers call non-Mendelian forms of inheritance may be at work. These might include variation in gene copy number and interaction between two or more genes, for example.

Environmental influence is assumed too, but not yet identified. Finding environmental factors that can be modified–diet, perhaps?–would be a triumph for Alzheimer’s researchers. It would also be a great day for millions of potential patients who could improve their chances of remaining free of the disease, maybe even eliminate the risk altogether.

Greicius says, “These days, a lot of people are getting genotyped either in the clinic or commercially. People come to me and say, ‘I have an APOE4 gene, what should I do?’ If that person is a man, I would tell him that his risk is not increased much if at all. If it’s a woman, my advice will be different.”