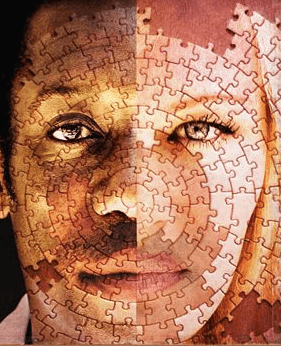 Nicholas Wade is brave, I suppose, stomping around where angels, not to mention lesser beings, have been reluctant even to tiptoe. Like the fine science writer he is, Wade  explains in his just-published A Troublesome Inheritance: Genes, Race and Human History, that, yes, races do exist. And  he lays out how and why.

Race is a genetic fact, and has evolved quite recently. I am told this is an enormously controversial statement in some quarters. But I don’t operate in those quarters, and so this is not news to me. Nor, probably, to regular readers of GLP.

Anatomically modern humans–that’s us, the last Homo standing–evolved in Africa a couple hundred thousand years ago, and we lived exclusively in Africa for three-quarters of our history. All of us have the same set of genes; Homo sapiens is a single species.

But when some of us left Africa to spread all over the wider world, we began developing small differences in what some of our genes did. These differences helped groups of people adapt to the geographic and climate constraints of their new homes. It has happened fast, beginning only 50,000 or so years ago.

The origin of skin color changes

The most obvious difference–and the one that is the source of most of our social and political roilings about race–is skin color. Skin color is an all-too-handy instant label, and it’s all too easy never to look beyond it.

The biological reason for skin color differences is benign enough, even though the social and political consequences have been otherwise. As people moved out of the tropics, lighter skin became an advantage. The more northerly the latitude, the scarcer is sunlight. Humans need sunlight–ultraviolet specifically–to make the vitamin D essential to life. In the tropics, there’s plenty of sunlight for vitamin D manufacture even though dark skin helps shield against too much sun. Pale skin lets scarce light in and permits vitamin D to be made.

Pale skin is characteristic, of course, of “Caucasians.” Pale is not really an accurate description, though. The correct term is something more like paler-than-black-Africans. “Caucasian,” genetically speaking, comprises not just the white-skinned blondes of Scandinavia, but also Near Easterners and the population of the Indian subcontinent, whose skin color can be very dark. The fact that darker people can be genetically Caucasian yet routinely experience racism from other (whiter, or somewhat whiter, or maybe even only a little bit whiter) Caucasians is evidence of the power of skin color to override all other traits when one person is reacting to another.

Pale skin is also characteristic of East Asians, one of the conventionally designated racial groups. It includes Chinese, Japanese, and Koreans, and their skin color mutations occurred in a different group of genes from Caucasians. Turns out there are a number of genetic pathways to a whiter shade of pale.

Troublesome is about many aspects of racial/population/evolutionary genetics, including the history and politics of the idea of race. It explains some basic genetics too, to clarify its arguments. But it’s not a primer. It’s a set of essays on a number of complex topics.

I am ignoring much of the book for lack of space and time. Overall the science writing is mostly clear and the depth of Wade’s research impressive. I’m pretty well informed on this subject, but there was much detail here that was new to me. That’s only what one expects of a top-tier science writer like Wade, who was on the news staff at Science before moving to the New York Times. He spent 30 years there, retiring a couple of years ago.

The book was expected by some to result in fireworks. It doesn’t seem to have done so, at least so far. The reviews I’ve read have picked a nit here and there but otherwise are largely positive. A couple have been glowing. Time ran excerpts, which you can find here.

Here’s my chief nit: Wade acknowledges that there are important non-genetic influences in human evolution and human life, but sometimes these sound like perfunctory pro forma concessions.

The most troublesome example is Chapter 7, “The Recasting of Human Nature.” The chapter is ostensibly not about genetics at all. It focuses chiefly on work by Gregory Clark, economic historian at the University of California, Davis. What Clark has done, Wade says, is to use tax records and the like to reconstruct English economic and social behavior in the 600 years before the Industrial Revolution.

It’s a complicated series of deductions from complicated data, and I won’t walk you through all the details. The short version stems from a huge increase in productivity that began in those times. This increase Clark traces to what might be termed personality changes in the English people (changes that also happened a little later across Europe.)

Wade says Clark has documented four behaviors that altered among the English between 1200 and 1800: reduced interpersonal violence combined with an increase in literacy, the propensity to save, and the propensity to work. These changes Clark attributes to the fact that the rich had more surviving children than the poor during these times, and this elite passed on to their descendants behaviors such as the ability to read, nonviolence, thrift, and the work ethic.

I haven’t read Clark, although from Wade’s description it appears Clark regards these changes as largely due to population gene changes wrought by the fecundity of the prosperous. Wade certainly does. From time to time he pays lip service to non-genetic influences, but he more often says things like: “the shifts in social behavior from 1200 to 1800 were shaped by natural selection.”

For the sake of argument I’m quite willing to accept Wade’s description of Clark’s data on the reproductive success of elites. I’m even willing to believe that genes may turn out to be crucial in this historical alteration of English behavior; genes figure in all behaviors.

What I object to is that Wade produces no evidence that genes are doing this work. He simply asserts it. For a science writer, that’s very naughty.

Maybe someday genes encouraging thrift and hard work will be discovered and shown to have prepared the English to take advantage of the Industrial Revolution. On the basis of what we know today, though, it is just as reasonable to argue that the major influences on development of thrift and the work ethic are parental habits, peer and societal culture and attitudes, and plain old-fashioned inculcation.

About genetic influences on the historical decrease in violence, which Steven Pinker showed in his book The Better Angels of Our Nature, Wade says “natural selection seems to have acted incessantly to soften the human temperament.” Here’s he’s on somewhat firmer genetic ground. But only somewhat.

One of his analogies is to the fascinating experiments of Russian scientist Dmitry Belyaev. In 1959 Belyaev began a long-term experiment in domesticating the wild silver fox, an aggressive canid completely intolerant of humans. In just 40 years, 30-35 generations, he and his colleagues turned savage silver foxes into something like. . . dogs.

I suppose it could be that the 24 human generations between 1200 and 1800 was time enough to mold the descendants of violent people into models of calm patience. But breeding pairs of silver foxes were deliberately selected for their tameness, generation after generation. Only the tamest foxes were permitted to procreate. Deliberate selection is not a process that applies to human reproduction, or at least not yet.

It’s plausible, I guess, that genes contribute to making people unpleasant and scary, and that unpleasant and scary people get fewer chances to become parents than the friendly and tractable. (With the exception of Genghis Khan.) But in Medieval England this would have been a haphazard process, not planned selection of nonviolent breeding pairs. It’s just not clear that Brits domesticated themselves mostly via behavioral genetics rather than by culture, by example and exhortation.

How many races are there? Some say no such thing as race exists. Troublesome explores (and rejects) these claims. Wade doesn’t seem to have defined the term “race” for his book, but heaven knows many others have. Wikipedia covers the huge range of possibilities: “Race is a classification system used to categorize humans into large and distinct populations or groups by anatomical, cultural, ethnic, genetic, geographical, historical, linguistic, religious, and/or social affiliation.”

Troublesome is about genes and race, and Wade says there are three major races: sub-Saharan Africans, East Asians, and Caucasians. For most of  the book, though, Wade sticks to the five groups that settled five different continents: the Big Three plus Australian Aborigines and Native Americans. It’s a question of practicality. “The three major races are easy to recognize. The five-way division matches the known events of human population history. And, most significant of all, the division by continent is supported by genetics.” Meaning that the native population of a continent possesses some gene variants more frequently than others.

Admixture and the future of races

Wade acknowledges that these divisions are fuzzy around the edges, where there is a lot of admixture. But he hasn’t much to say about that topic, and I see that “admixture” is not even in the index. That’s a little surprising, since it’s a subject of considerable scientific interest. Admixture on our current scale is an entirely new phenomenon in human evolution, and it has happened with blinding speed.

There is no such thing as an African-American with all-African genes, with the possible exception of very recent immigrants. Our African-American President is a rarity here because he did have an actual African father. Genetically speaking, President Obama has a lot more DNA from his white mother than from his black father because there are hundreds of copies of her mitochondrial DNA in nearly every cell of his body. Also, he was raised by his white relatives, not his black ones. Still, his classification is of course black–solely because of his skin color. Which is not all that dark, but never mind.

Admixture may seem to be an especially prevalent feature of the population here in the US, but genes from all over are common in populations throughout the entire Western Hemisphere and becoming more so elsewhere. Those of us who aren’t racially mixed are often ethnically mixed. It’s possible that a billion of us, more or less, 1 out of 7 humans, are now of mixed race(s). Or at least of mixed ethnicity. And more being born every minute.

Admixture has raced through populations in the Americas in only a few hundred years. Gene-churning on this scale and at this speed is something brand-new in human evolution. Most of us will probably not live to see all the changes this demographic drama will bring. But they are certain to be profound. One of them may be that racial genetics will become of medical and historical interest only.

I wish I could say the same about skin color. Even when all humans are various shades of brown, history suggests that the precise shade will still be an instant label and is still likely to help shape the way we treat one another. Not well, if the past is any guide.

• Taboo: Why black athletes dominate sports and why we’re afraid to talk about it, Jon Entine