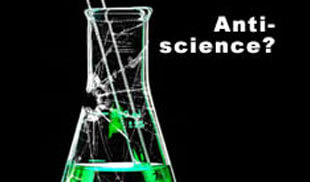 Political ecologists–commentators in the media and among NGO advocacy groups–like science…when it confirms their views. When it contradicts them, rather than changing their minds, they often prefer to change the science to fit their ideology. They have thus created a “parallel science.” Which should not be confused with pseudo-sciences (e.g. astrology, false medicine, the paranormal, ufology, etc.).

Pseudo-sciences may harm naive believers, parallel “science” is harming democracy. It is a component of a predetermined political project to the exclusive benefit of the ideological views of a minority. “Parallel science” seemingly resembles science, but it differs from science since its conclusions precede experimentation.

Parallel “science” has been created to replace scientists, especially in risk assessment, by “experts” (often self-proclaimed) supportive of a political project. This parallel “science” is hidden behind positive-sounding terms, such as “citizen science” or “independent” or “whistleblower”, while mainstream scientists are accused of having “conflicts of interest” or having ties with “industry”. In order to further propagate distrust in current risk assessment, parallel “science” will invoke unrelated past health problems or environmental damages, but never to the way science has solved problems.

Political ecology has turned to the strategy of the parallel “science” on various themes. Recent examples of this in France are the “Centers for Independent Research and Information” (CRII), with separate organizations focused on nuclear energy (CRIIRAD), electromagnetic waves (CRIIREM) and of course GMOs (CRIIGEN). The latter just republished his controversial retracted paper that tried, but failed, to show a link between herbicide resistant GM corn and the herbicide glyphosate to tumors in rats.

Critical views of GMOs (and other technologies) are not always based on facts, but often on personal choice. This is not the problem. The problem is when allegations that have been demonstrated to be erroneous are kept alive as if they were true. This is because “parallel science” is impervious to criticism by the rest of the scientific community (the two parallel lines never meet). While orthodox scientists want primarily to convince other scientists and review all empirical data, parallel scientists want media attention and present cherry-picked data. Therefore, parallel “science” will show rats with tumors allegedly caused by a GMO or a pesticide, but will omit to show pictures of control rats that also had similar tumors.

Why is parallel “science” not discredited and why is it represented so uncritically by the media? The answer partly lies in the current dominance of a relativist ideology. The danger of such a postmodern approach to science is that it considers all points of views to be equally valid and thus raises the value of “independent” (in fact ideological) views to the same level as scientific ones. Multidisciplinary approaches (which are necessary in science) are often confused with the pluralistic expre­ssion of opinions (which are necessary in democracy). But science is not a matter of democracy; science is about the application of a method. What is a matter of democracy is to share scientific knowledge and the ability to exclude adulterated products of all kinds. This is not to say that an “educated” public will necessarily accept all technologies. But without education, freedom of choice will definitely not exist.

It is clear from the experience with the GMO dispute that the “parallel science” created by its opponents has not benefited the public; it has only led to the spreading of unfounded fears. Therefore, when parallel “science” self-proclaims itself as a counterweight to corporate power, this should, at best, be considered as political sleight.

Criticism of political ecology and its “parallel science” does not mean dismissing existing concerns, but it is important to point out that some organizations create these “concerns” due to their exceptional ability to manipulate the media and Internet. This diverts resources targeting scientific risk assessment, public authority actions and media attention from real threats to fake problems.