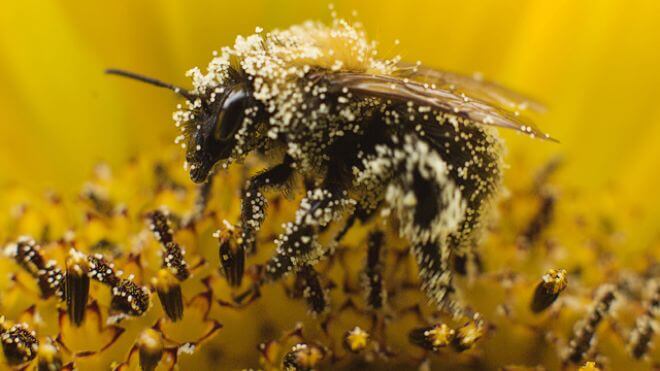 As an organic farmer, I get lots of invitations to sign petitions to ban things like insecticides herbicides or GMOs. When I was younger, I used to sign these petitions and even share them with others, often accompanied with white-hot exhortations that others should sign them too.

More often than not these days, I find myself cringing a little when these passionate pleas cross my screen. The hot topic recently has been neonicotinoid insecticides (neonics), which are blamed by some scientists and activists but not others as a key driver of spike bee deaths. Predictably the views of many anti-chemical environmental NGOs range from scepticism to outright fear: a recent literature review by the Task Force on Systemic Pesticides (a European-based non-profit) concludes that their environmental impact is “impossible to deny”; the International Union for Conservation of Nature (an NGO with a similar ideological tilt) says neonics are responsible for bee deaths and “must be banned.”

Some governments are taking a precautionary view of the insecticide. In early July, the government of Ontario, Canada announced it will consider creating a licensing system that would issue permits to use neonics only to farmers who demonstrate a clear need to use them on their crops.

Reaction to the news from Ontario, my neighboring province, has been mostly predictable and generally split along familiar ideological lines. Farmers, who are loathe to give up a tool they believe works, were immediately outraged, alleging secret plans laid before the province’s recent general election. Grain Farmers of Ontario, which represents corn, soybean and wheat farmers in the province, were quick to express their “extreme disappointment” with the move, pointing to the dearth of conclusive scientific evidence of harm and insisting that the alternatives are either non-existent or worse for the environment.  On the other side, environmental NGOs, many of which back a complete ban, called it “not good enough, but a start.”

When I started to learn about organic farming, one of the first maxims drilled into my head was “problem avoidance by design.” Rather than relying on “quick-fix” chemical fertilizers or pesticides, the goal is to develop a system that precludes the need to use a “silver bullet” solution. The reasoning is that nothing exists in isolation — unintended consequences are inevitable. This point is readily understood and often cited by those opposed to pesticides and GMOs. The problem arises when the same reasoning is not applied to the petitioned actions: calls for bans assume that removing the offending product from the marketplace will resolve the identified problem, but fail to account for the consequences and confounding factors.

Indeed, this “silver bullet thinking” can lead down some twisted, torturous paths when trying to dissect complicated scientific controversies. When I first blogged about the views and campaigning of Dr. Don Huber, infamous for his allegations of a “novel pathogen” created as a result of GMO glyphosate-tolerant crops, one of the most interesting reactions was a conversation it sparked with a seasoned organic advocate. She suggested that Huber, rather than departing from the scientific method, had simply taken it too far; he had kept pulling things apart in his search for a single, simple causative agent to explain the phenomena he claimed to observe.

Related article:  Has WHO's International Agency for Research on Cancer (IARC) shifted from analysis to advocacy?

At the end of his quest, after failing to convincingly make his case, rather than admitting that there was no single agent responsible for the health problems he linked to glyphosate, Huber created one. But the more honest, and less spectacular answer to both of these examples — Huber’s speculation and the apparent claim of the decline in bee health — is that there is no single or simple answer.

Notwithstanding the available data assessing the potential health problems of neonics (greater than those regarding GMOs and glyphosate, although many prominent entomologists and beekeepers say the links are greatly exaggerated) there’s little evidence to suggest that a neonic ban will be the silver bullet to resolve the “bee crisis” (which I put in quotations to recognize the contested nature of even this claim). As a number of people have repeatedly pointed out, there are numerous factors having a negative impact on bee survival and pollinator populations: neonics may or may not have been the straw that broke the camel’s back, but it’s quite likely that if neonics are removed, other factors may well grow in prominence. Simply put, we cannot easily resolve the bee crisis (or any other agricultural issue).

Farmers and input suppliers have to realize that the days are long gone of pretending that pesticides will only have notable effects on target species, and that their lobbying efforts will maintain the status quo. But just as importantly, the activists and advocates for a more sustainable future need to recognize that simplistic calls for bans will not have the desired environmental effect, even if they are successful.

Rob Wallbridge is an organic farmer and consultant based in Western Quebec. He advocates for high-quality organic food and informed communities in agriculture. Follow him on Twitter as @songberryfarm and on his blog, The Fanning Mill